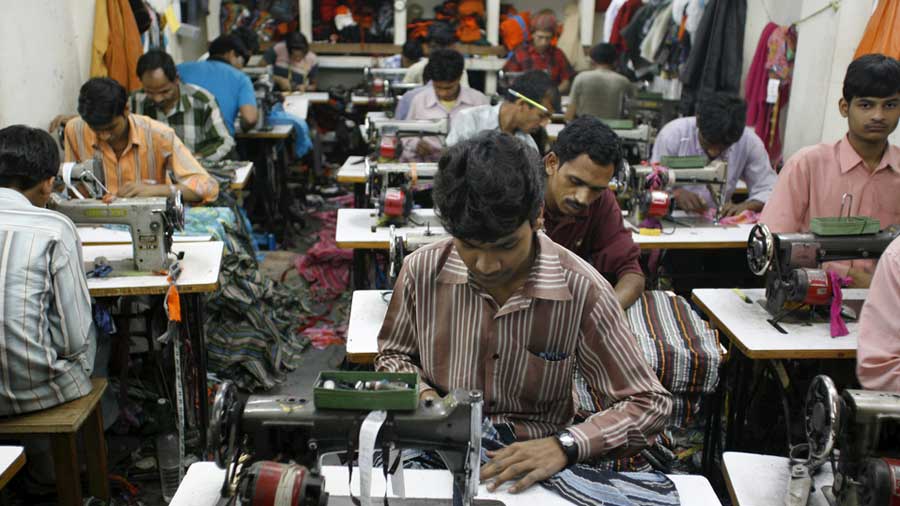 Businesses from textiles to sports goods and furniture are shuttered or working at a bare minimum, and cows roam streets that would be normally packed with workers and vehicles.
Shutterstock
Reuters   |   Meerut   |   Published 14.07.20, 01:52 AM

The country re-opened for business in June after months of lockdown but for thousands of small entrepreneurs in Meerut, Uttar Pradesh, the blow has been devastating.

Businesses from textiles to sports goods and furniture are shuttered or working at a bare minimum, and cows roam streets that would be normally packed with workers and vehicles.

Prime Minister Narendra Modi’s programme to help small businesses back on their feet through $40 billion of government-guaranteed loans is too little and may not be enough to save the many companies that form the backbone of India’s economy, nearly three dozen entrepreneurs Reuters spoke to across the country said.

Some said their business was so hamstrung by the pandemic that taking on new debt made little sense. They would rather the government had helped them by cutting the goods and service tax or waive off the interest on loans.

Others said that despite Modi’s promise to open up the credit lines, it was not easy convincing bankers to lend because of the death throes their businesses were in.

Ashok, whose near 10 million rupees ($133,000) annual turnover company based in Meerut made steel furniture for hotels and schools, said he had fired eight of his 10 workers and was thinking of shutting down the operation.

“It would be better for me to close the unit than to run from pillar to post to get a loan,” said Ashok, who did not want to give his full name.

He said his banker told him his creditworthiness is low as his business is struggling.

The finance ministry, which has made the loan support scheme the centrepiece of the rescue effort, did not respond to a Reuters request for comment on the problems faced by businessmen.

Small businesses that account for nearly one-quarter of India’s $2.9 trillion economy and employ more than 500 million workers are the worst affected by the pandemic.

Nearly 35 per cent of the 650 million small businesses across the country could shut down soon in the absence of government support, the Consortium of Indian Associations said in a letter to Modi’s office seen by Reuters.

Bankers said there is government pressure to dole out loans, but businesses are not coming forward as demand remains tepid.

Till now, lenders have paid out 561 billion rupees, barely 19 per cent of the sum earmarked, and approved loans worth 1,145 billion rupees since the third week of May, according to government data.

Businesses say that the lenders are either asking for increased paperwork or the ones in desperate needs are being deemed ineligible.

“I was asked to provide a collateral and also buy an insurance for getting this loan whereas it is supposed to be collateral free,” said an entrepreneur in Modi’s home state of Gujarat.

But two bankers said that securing money from the government even in a fully backed sovereign guarantee scheme is not easy.

“The experience is unpleasant,” said the former corporate head of a state-owned bank.

“You lend to most of these businesses only because government has directed but when it comes to getting back the money, one has to spend considerable resources and time which makes little sense,” he added.

Businesses have been pushed to the wall as their suppliers have not paid and orders have trickled to zero while fixed costs, including electricity, wages, instalments for earlier bank loans have drained their funds.

“We have not got a single rupee relief from the government,” said Sanjeev Rastogi, a garment manufacturer in Meerut who is running his factories at 25 per cent of the production capacity.

Rastogi has incurred a loss of 3.5 million rupees in the last two months and believes he may have to close down his business in the next three months.

About 25 per cent small factories out of over 10,000 textile units in Meerut could shut down and default on bank loans in the next few months, said Anurag Agarwal, chairman of the Meerut chapter of Indian Industry Association.

Rastogi is making last ditch efforts to remain in business.

“Otherwise, I will sell the factory at any price to save some money for my retirement.”