'State was run by gangsters before 2017, now such elements behind bars' 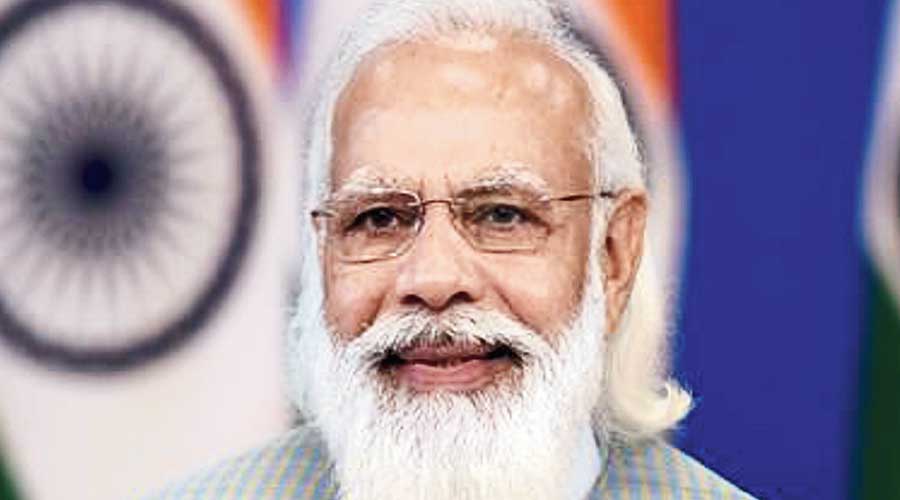 Prime Minister Narendra Modi on Tuesday said Uttar Pradesh was run by gangsters and mafias before 2017, but now things have changed under Chief Minister Yogi Adityanath and such elements are behind the bars.

He also said that earlier roadblocks were created in the implementation of welfare schemes meant for the poor, but now there are no such hurdles and the benefits of these schemes are reaching the needy.

Elaborating on the achievements of the BJP governments at the centre and the state, the Prime Minister further said, "Uttar Pradesh is increasingly emerging as a favourable destination for national and international investors. This happens when a conducive environment is nurtured... and necessary resources are provided. Today, Uttar Pradesh has become a shining example of (the) double benefits of the double-engine government."

The university is being established by the state government in the memory and honour of Raja Mahendra Pratap Singh, the great freedom fighter, educationist and social reformer. It is being set up in a total area of over 92 acres at Lodha village and Musepur Kareem Jarouli village of Aligarh's Kol tehsil.

The university will provide affiliation to 395 colleges of the Aligarh division.

The prime minister also visited an exhibition on the Aligarh node of the Uttar Pradesh Defence Industrial Corridor.

He said India was earlier seen as an importer of defence equipment, but today it is considered a leading defence exporter.

"Today not only India, but the world is watching how equipment ranging from modern grenades, rifles, fighter planes, drones and warships, are manufactured in the country itself," he noted.

Modi also remembered veteran BJP leader Kalyan Singh and said had he been there on this occasion, he would have appreciated a university coming up in the name of Raja Mahendra Pratap Singh, in his home district.

The Adityanath government's decision to set up the university after the noted Jat figure is being politically seen as part of the ruling BJP's bid to win over the community ahead of the crucial state assembly polls early next year.

A section of Jats, who live in sizeable numbers in western Uttar Pradesh, is seen to be aggrieved with the BJP over the farmers issue.

Governor Anandiben Patel was also present on the occasion.