The Opposition has heaped scorn on the “chowkidar” campaign 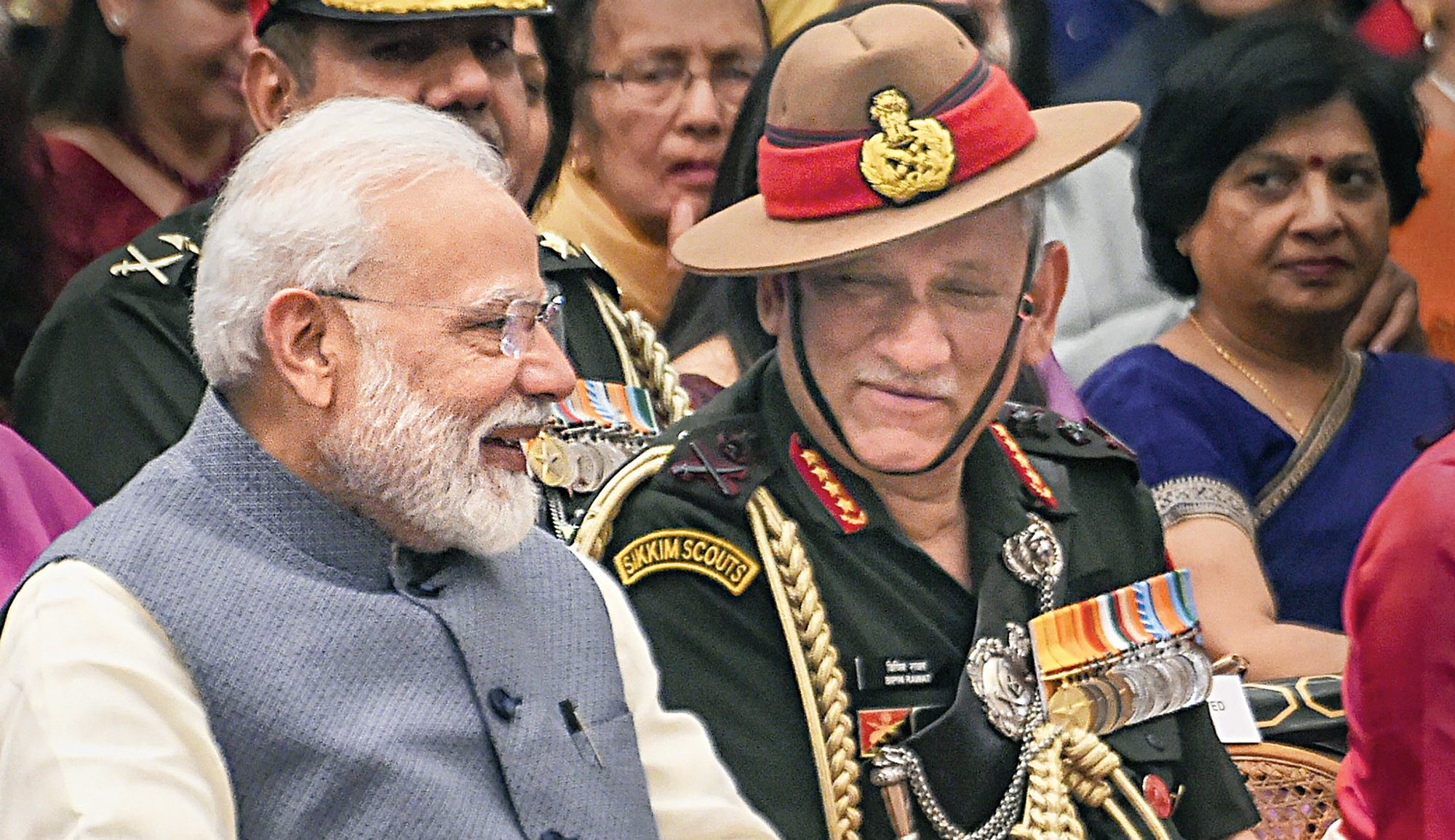 The BJP declared on Tuesday that the “Main Bhi Chowkidar” campaign launched by Prime Minister Narendra Modi on social media had turned into a “people’s movement”, eyeing dividends similar to that from the “chaiwala” narrative of 2014.

Law minister Ravi Shankar Prasad said that on March 31, Modi would interact through video-conference with people from 500 locations across the country who had taken the “Main Bhi Chowkidar” pledge.

Prasad said the hashtag campaign had been tweeted 20 lakh times, had been a global trend on the micro-blogging site for a day, received 1,680 crore impressions (a tweet that has been delivered to an account-holder’s timeline) and that 1 crore people had taken the pledge.

“We thank the people for making the Main Bhi Chowkidar campaign a big movement,” the law minister said.

Taking a dig at the Congress, he said: “Some people, who are on bail, whose wealth and party are under threat, have a problem with the ‘chowkidar’.”

Modi and his ministers have taken the Twitter pledge, a derivative of Modi’s of-repeated claim that he is the “chowkidar” (sentinel) of the country’s resources.

In the evening, the BJP announced yet another interaction. On Wednesday, Modi will use “audio bridge”, or teleconference, to interact with 25 lakh people who are chowkidars by profession. “This will be part of the #MainBhiChowkidar movement,” the party said in a statement.

“The chowkidar is a prominent example of a person who is seen every day in the service of the people like your society guard, ATM guard, your office security guard or the guard outside a shopping mall,” the statement said, adding that Modi wanted them to be the “flag bearers of a New India”.

The BJP has decided to go ahead with the campaign despite a huge counter-movement on social media by those opposed to Modi. The party plans to milk it the way it had tapped into Modi’s purported “chaiwala” (tea seller) background in the run-up to the 2014 Lok Sabha polls.

The Opposition has heaped scorn on the “chowkidar” campaign, which Modi has led by sending customised thank-you messages to those who have taken the pledge and retweeting several messages in response to his call. The BJP feels the counter-attack by the Opposition will create a buzz in the ruling party’s favour.

The BJP had turned Congress leader Mani Shankar Aiyar’s “chaiwala” jibe at Modi into a vote spinner in 2014. Modi had projected the taunt as an attack on people who hail from humble backgrounds and repeatedly mentioned how he had struggled in life like crores of others.

The “Main Bhi Chowkidar” campaign too is aimed at turning the attack by Congress president Rahul Gandhi into a powerful electoral plank that will help the party garner voter sympathy. Rahul has coined the slogan “chowkidar chor hai (the watchman is a thief)” to accuse Modi of corruption in the Rafale deal and relentlessly used it to target the Prime Minister.

Prasad, however, denied that the BJP’s campaign was a reaction to Rahul’s attack. “The word ‘chowkidar’ was used by Modiji during the 2014 campaign. He had told the voters that he would be their ‘pradhan sewak’ and also a ‘chowkidar’,” Prasad said, claiming that Modi had used the word in the context of the country’s image getting tarnished because of corruption during Congress rule.

Prasad accused members of the Gandhi family of corruption. He also targeted Priyanka Gandhi Vadra for her statement that the “chowkidar” was for the rich.

“These are the same people who have looted Rs 12 lakh crore meant for the poor and are now commenting on the ‘chowkidar’,” Prasad said without naming Priyanka.