Advertisement
Home / India / Restrictions reimposed in Srinagar due to violence

Restrictions reimposed in Srinagar due to violence 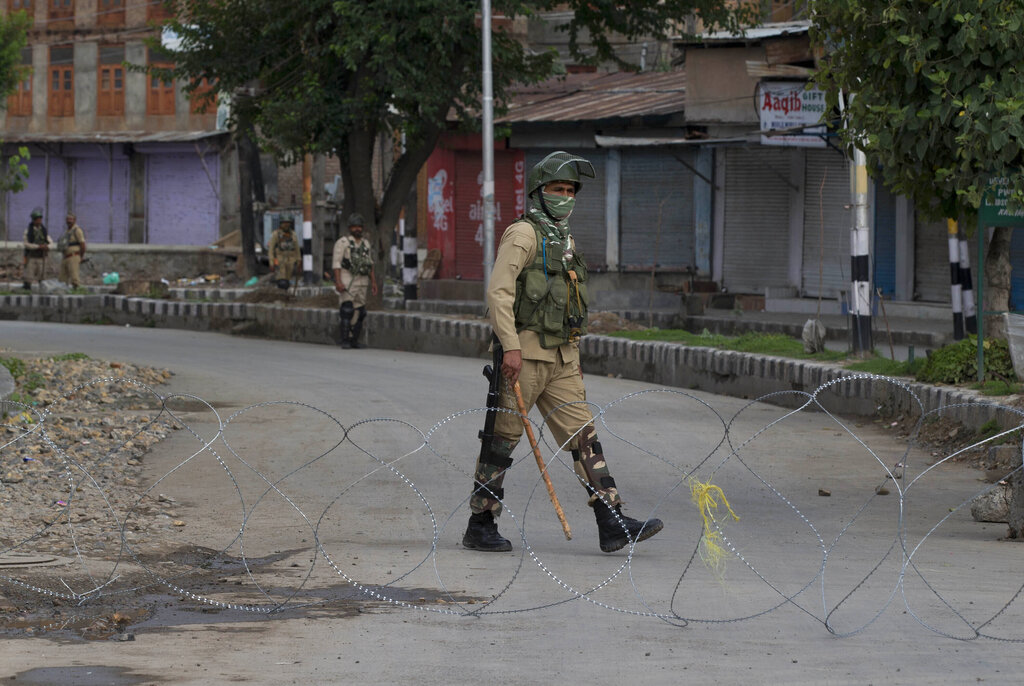 Restrictions were tightened in some parts of Srinagar on Sunday, following incidents of violence a day earlier, even as the first batch of Haj pilgrims returned to Kashmir from Saudi Arabia, officials said.

They added that restrictions continued in many parts of the Valley for the 14th day on Sunday.

Restrictions were reimposed in certain areas which witnessed trouble on Saturday after the curbs were eased in several areas of the city and elsewhere in the valley, the officials said.

They said protests took place at around a dozen places in which several protesters were injured.

However, the exact number of injuries was not available, they added.

The officials said the flights carrying around 300 pilgrims landed at the Srinagar airport in the morning.

Elaborate arrangements have been made for the smooth movement of pilgrims to their respective destinations, they said.

'Only one family member is allowed at the airport to receive the Hajis. A fleet of the State Road Transport Corporation (SRTC) buses has been deployed to facilitate the movement of Hajis and their relatives with the coordination of all district administrations,' the officials said.

The security forces, they said, have been directed to allow passage of pilgrims and their relatives, who have already been issued passes, through the areas where restrictions are in place.

Government spokesman Rohit Kansal had on Saturday said that restrictions were eased in 35 police station areas of the valley. However, several places witnessed clashes between groups of youth and security forces, leading to reimposition of the curbs.

On Saturday evening, Kansal said protests took place at six places in the valley in which eight persons suffered injuries.

Landline telephone services have been restored in several areas of the city as the process to bring more areas on the telecom map was going on, the officials said.

Some private vehicles were seen plying in the civil lines areas of the city and the other district headquarters of the valley, they said. Some shops were also open in those areas, they added.

Partial relief and unrest in Kashmir

Meanwhile, a report from Jammu said that low-speed (2G) mobile Internet services were once again snapped in five districts of Jammu region on Sunday to check rumour-mongering, a day after the services were restored.

The official said the decision was taken to check rumour-mongering and maintain peace and tranquillity.

Low-speed mobile internet services were restored in five districts of Jammu, Samba, Kathua, Udhampur and Reasi during the intervening night of Friday and Saturday after remaining suspended for nearly a fortnight.

Immediately after resumption of 2G mobile Internet services in five districts of Jammu region, Jammu Inspector General of Police Mukesh Singh had warned of strict action against anyone circulating fake messages or videos on social media.