In a first for the RJD since its formation in 1997, neither Lalu nor Rabri will contest the Lok Sabha polls 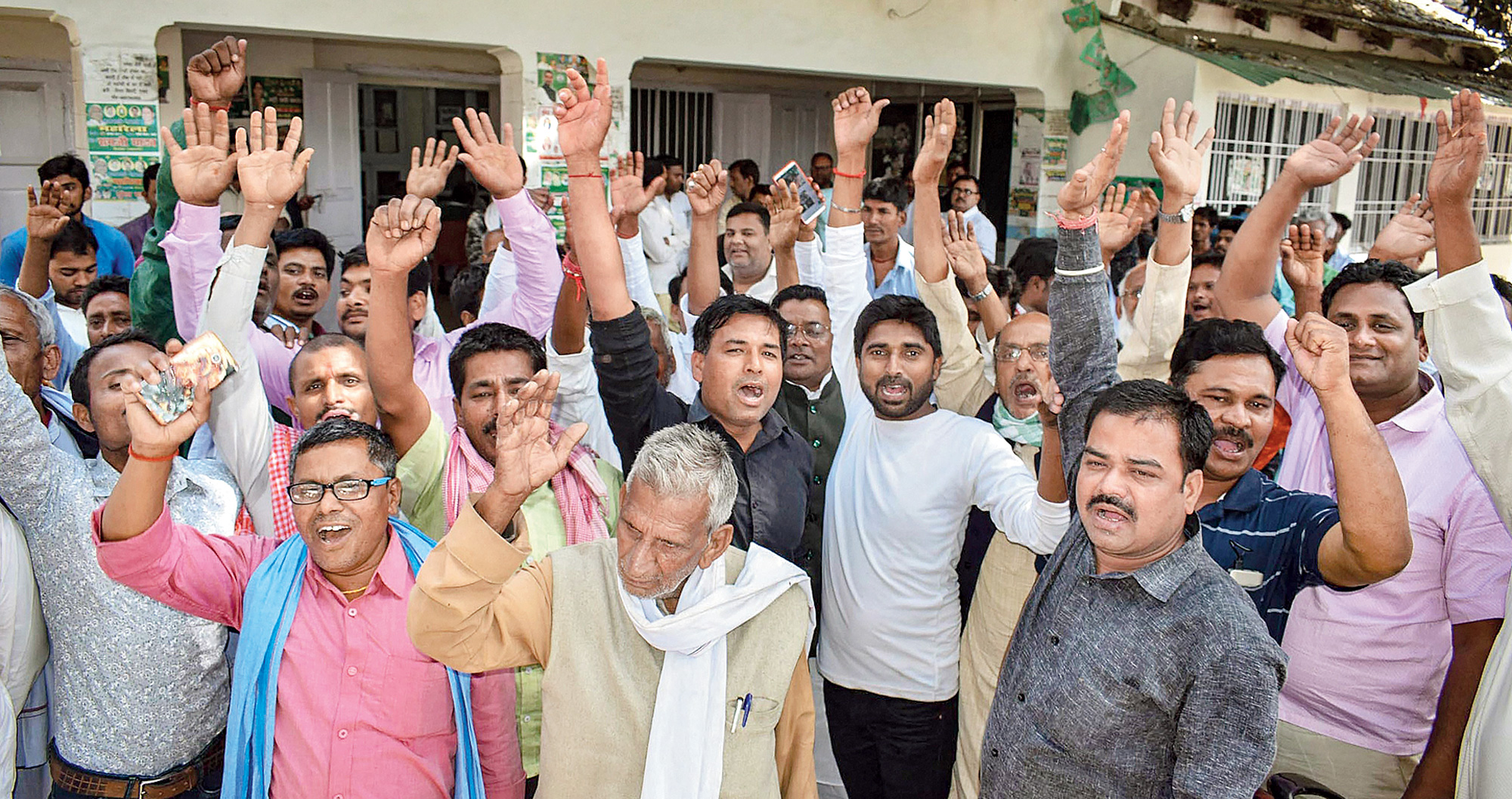 Lalu and Rabri Devi’s eldest daughter, Misa Bharti, is likely to be the party candidate from Pataliputra, a senior RJD leader told The Telegraph. Misa, a Rajya Sabha member, had lost from the same seat to Ram Kripal Yadav in 2014.

In a first for the RJD since its formation in 1997, neither Lalu nor Rabri will contest the Lok Sabha polls.

While Lalu has been debarred from contesting elections after his conviction in fodder scam cases, Rabri, who had lost from Saran in 2014, has expressed unwillingness to contest the Lok Sabha election this time, the senior RJD leader revealed.

Tej Pratap has filed a petition for divorce from his wife, Chandrika’s daughter Aishwarya Rai. The two had got married in May last year and Tej Pratap had filed the divorce petition five months after the wedding. “The party leadership wants to field Chandrika Rai from Saran to assuage the feelings of Yadav voters of the region who were a bit angry after Tej Pratap decided to file the divorce petition,” said the RJD leader.

He, however, said the party leadership was in no hurry to formally announce such decisions because voting for the Saran seat is to take place in the fifth phase, on May 6, and Pataliputra in the seventh and last phase, May 19.

While the RJD leadership is busy with candidate selection, Tej Pratap has chosen to be away from the family once again at this juncture. “According to our information, he is camping in Vrindavan these days,” an RJD insider said.

The Grand Alliance on Sunday announced candidates for five seats in Bihar that will vote in the second phase of the Lok Sabha polls on April 18. The RJD will contest the Bhagalpur and Banka seats, while Congress candidates will fight from Kishanganj, Purnea and Katihar.

“Shailesh Kumar alias Bulo Mandal, the present MP from Bhagalpur, and Jai Prakash Narayan Yadav, who represents the Banka seat and is also the leader of our parliamentary party in the Lok Sabha, have been retained as candidates,” RJD Bihar president Ram Chandra Purbey said.

Later, Harkhu said that Uday Singh alias Pappu Singh, who joined the Congress recently, would contest from Purnea and former Nationalist Congress Party (NCP) general secretary Tariq Anwar, who rejoined the Congress last year, would contest from Katihar. Anwar is the incumbent Katihar MP. Bihar MLA Mohammad Jawaid will contest from the Kishanganj Lok Sabha seat. Asked why the Opposition alliance was announcing the distribution seats in phases in Bihar, senior RJD leader Alok Mehta said: “This is not the trend. It has been done as per convenience. The announcement about these five seats was necessary as nomination process for them is going on. However, seat distribution and candidates for the rest of the phases could be announced together later on.”

On Sunday, the RJD state headquarters saw protests by party workers from Sitamarhi who demanded that the ticket from there should be given to Sitaram Yadav.