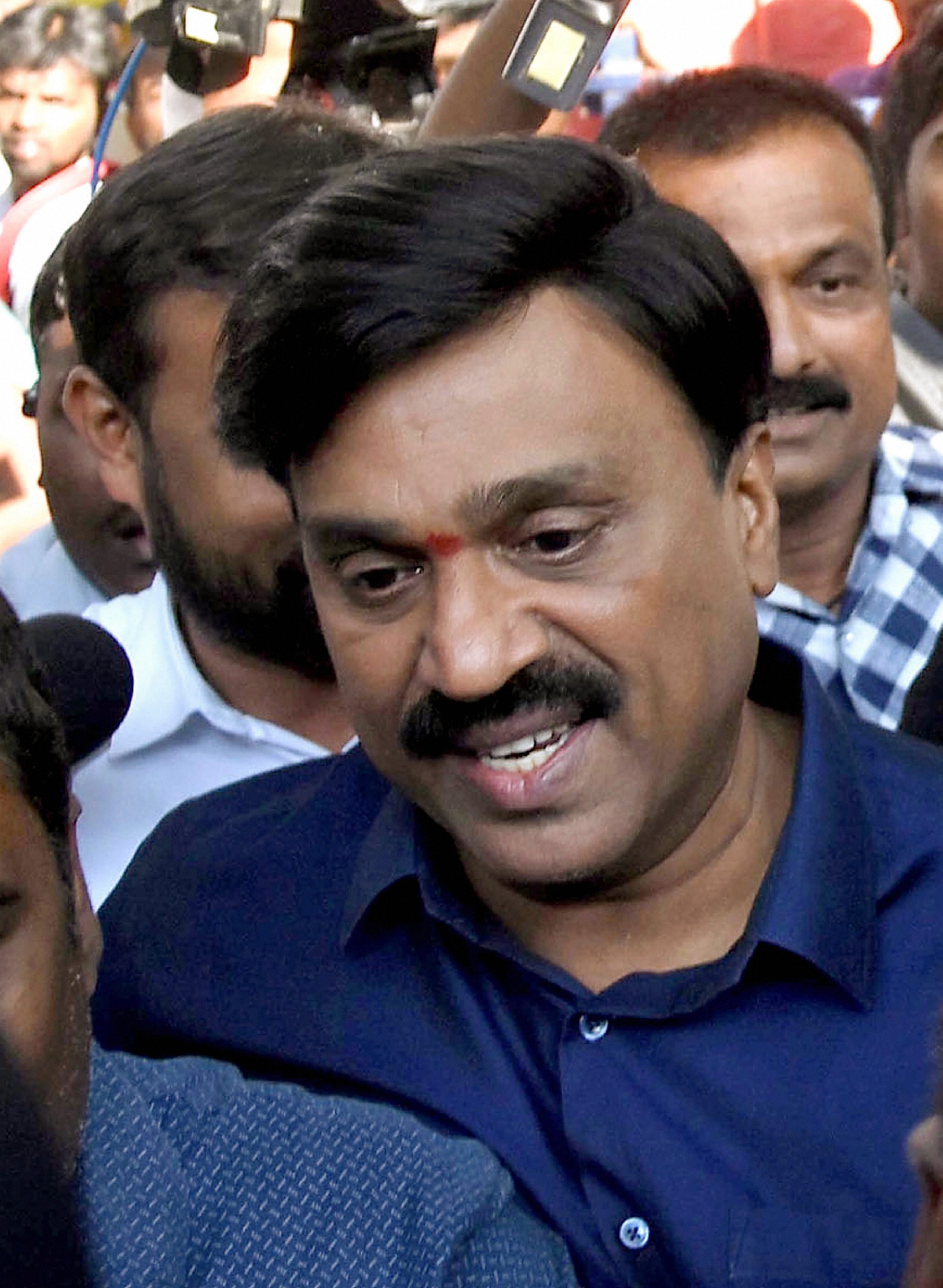 Former Karnataka minister and mining baron Gali Janardhana Reddy was arrested on Sunday after hours of questioning by police in connection with a bribery case, additional commissioner of police (crime) Alok Kumar said.

Reddy, who appeared at the central crime branch office on Saturday, was arrested after the questioning ended Sunday morning.

Reddy, allegedly on the run, had appeared before the police along with his advocates. He had claimed the allegations against him were part of a 'political conspiracy'.

The police had been looking for him since Wednesday in connection with an alleged transaction worth crores of rupees in bribe.

Reddy had denied that he had absconded. 'I didn't know whether to laugh or cry when I saw all those TV channels reporting that I have absconded. I was very much in Bangalore,' he says in the video uploaded on YouTube on Saturday.

'I got the notice yesterday (Friday) asking me to appear before them (the police) on Sunday. But I thought I'll appear today itself.' But he did not reveal his place of residence during the past three days as his apartment was found locked by the police. Earlier this week, the Congress had snatched the Bellary Lok Sabha seat from the BJP. The original case was registered by Karnataka police, which report to the state government run by the JDS-Congress alliance, and was later handed over to the income tax department and the ED, which function under the Union finance ministry.

The allegation is that Reddy had tried to help Syed Ahmed Fareed, the managing director of non-banking finance company Ambidant Marketing, when the businessman faced action from the ED. Reddy has said 'these allegations are far from the truth'.

An ED media statement issued on Friday had not named Reddy and focused entirely on alleging how Fareed had conned his investors.

The police were also on the lookout for Khan, who had allegedly struck a Rs 20-crore deal with Fareed to bail him out of an Enforcement Directorate investigation.