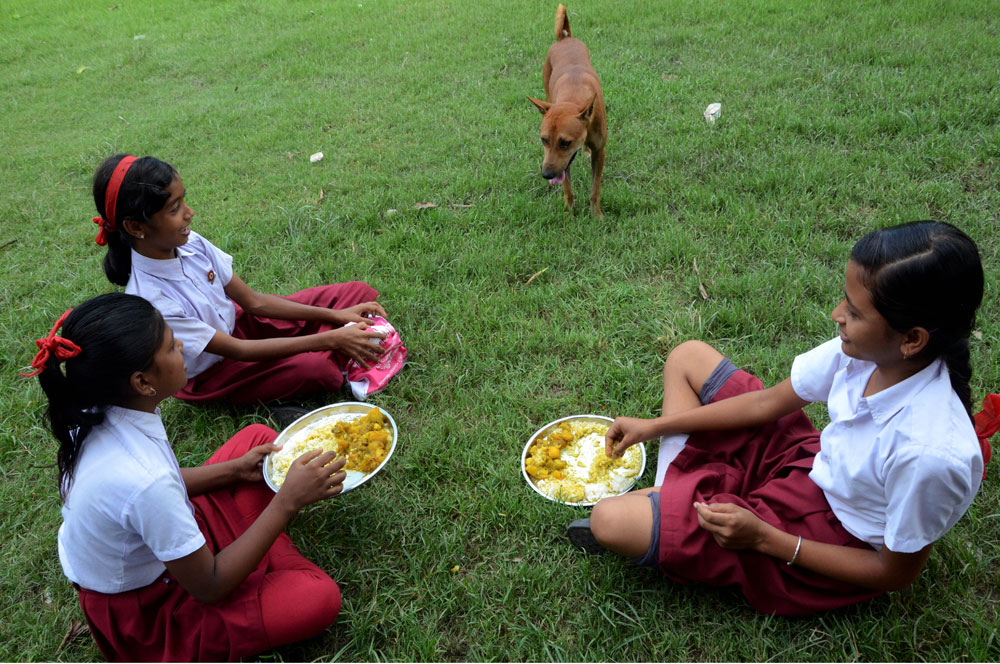 The human resource development ministry has increased the cooking cost outlay for the midday meal by a little over 5 per cent for this financial year, six months of which have already passed.

The 5.35 per cent hike was cleared by HRD minister Prakash Javadekar to offset the impact of inflation. The cost outlay is revised every July. The last increase — 7 per cent — was in July 2016. Last year, there was no hike because inflation was negative.

The government provides meals in primary and upper-primary schools run or aided by it. In 2017-18, nearly 9.52 crore children got the meals.

The cooking cost per child at the primary and upper primary levels is Rs 4.13 and Rs 6.18 respectively. This covers vegetables, pulses, fuel and oil. The foodgrain, utensils and honorarium for workers are paid for separately.

Prafulla Kumar Pradhan, a teacher in a primary school in Puri district in Odisha, said this was “too little too late”. The present cooking cost of Rs 4.58 per meal — Odisha government gives 45 paise for eggs — is not enough, he said.

“We are unable to give green vegetables. We manage with dal and potato with rice. We are not using gas cylinder…. This 22 paisa increase will not help much,” Pradhan said, adding that the hike should at least have been effective from April when the financial year began.