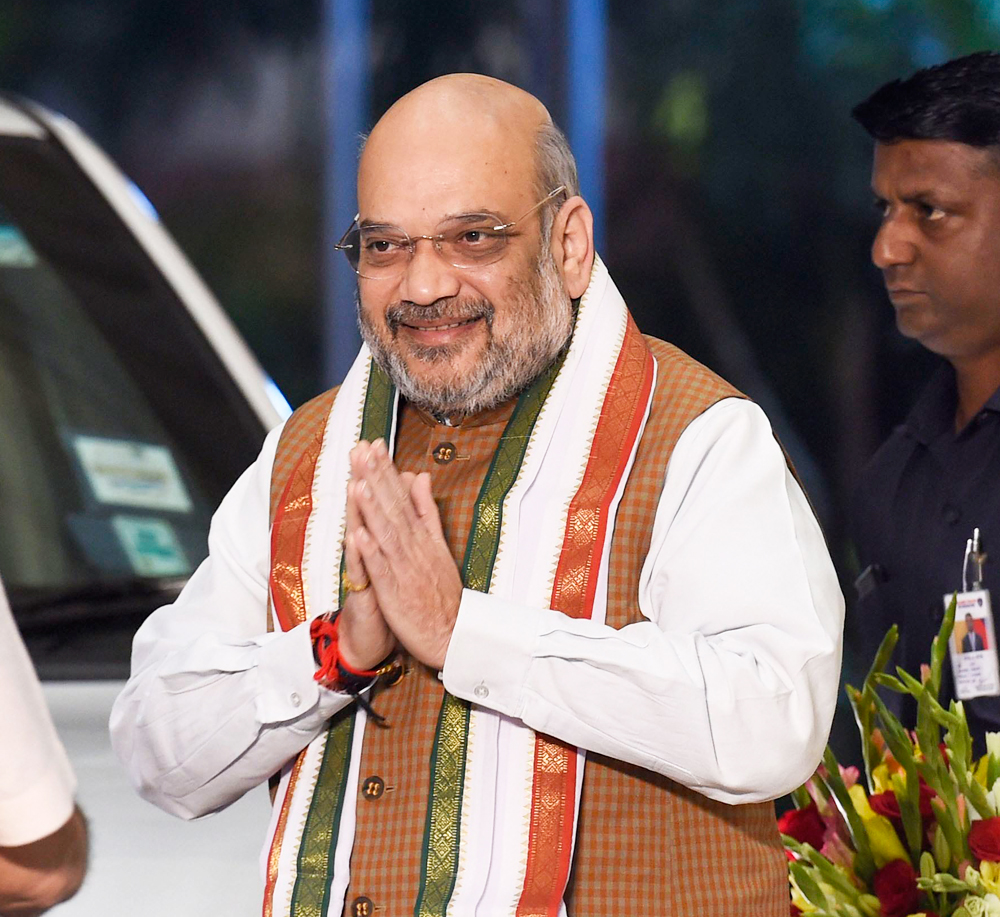 The Meghalaya BJP unit said placing the state in line with other progressive states, where the CAB is expected to serve the greater interest of humanity, is not in the spirit of the party
(PTI)
PTI   |   Shillong   |   Published 22.11.19, 12:34 PM

The Meghalaya unit of the BJP has urged Union home minister Amit Shah to exclude the state from the purview of the Citizenship (Amendment) Bill, 2019, that is proposed to be tabled during the winter session of Parliament.

In a letter to Shah on Thursday, state BJP general secretary Bashailang Khongwir urged him to uphold the special provisions of the indigenous people of Meghalaya.

'The tribals of Meghalaya, like in other states, deserve due protection. Placing Meghalaya in line with other big and progressive states of the nation, where the CAB is expected to serve the greater interest of humanity, is not in the spirit of the BJP party,' he said.

The BJP, with two MLAs in the state Assembly, is part of the ruling Meghalaya Democratic Alliance (MDA) government led by National People's Party president Conrad K. Sangma and supported by regional parties.

Khongwir said there are speculations that Nagaland, Arunachal Pradesh and Mizoram may be exempted from the CAB.

'The proposal to implement the CAB in Meghalaya while exempting other northeastern states that have the Inner Line Permit (ILP) is not a good gesture and carries the message of dividing the tribal communities in the region,' he said.

The BJP leader said the tribal communities in Meghalaya are not different from their counterparts in Nagaland, Arunachal Pradesh and Mizoram in terms of progress and economic growth and have a similar demographic profile.

The ruling MDA government in Meghalaya had earlier passed a resolution opposing the implementation of the CAB in the state without consulting stakeholders and addressing concerns of the people over the Bill's fallout.

Chief minister Sangma, however, expressed hope that the Centre will address the concerns of the people over the Bill.

'We are looking for a positive response (from the Centre) to address the concerns,' he had said last week.

The CAB seeks to grant Indian citizenship to Hindus, Sikhs, Buddhists, Jains, Parsis and Christians who fled religious persecution in Bangladesh, Pakistan and Afghanistan and entered India before December 31, 2014.