Mayawati hits out at Centre over 'Agnipath' scheme; calls it 'unfair' towards rural youth

In a series of tweets, the former UP CM said that the new move of recruitment will add to the woes of the people already beset with inflation and poverty 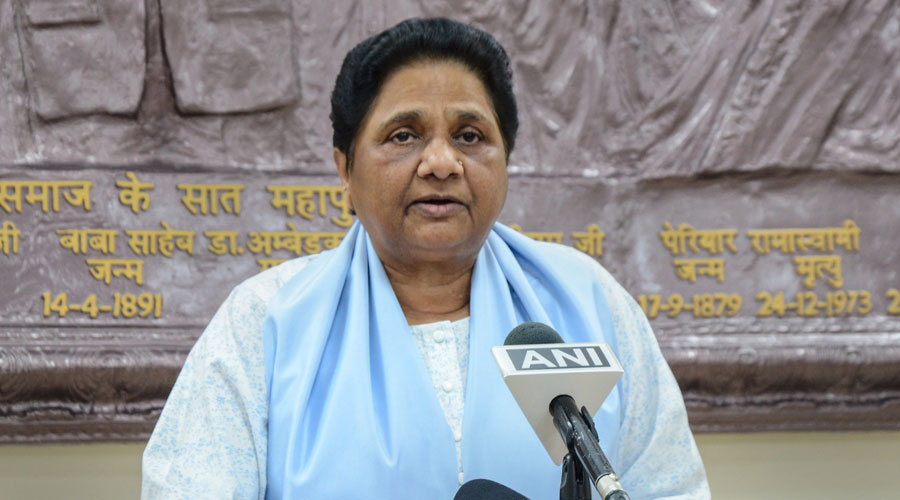 Bahujan Samaj Party (BSP) supremo Mayawati on Thursday hit out at the Union government over its new 'Agnipath scheme' of recruiting soldiers, terming it unfair towards rural youth .

As announced, 'Agnipath' or 'Agniveer' scheme is a process for recruiting soldiers in the Army, Navy and Air force, to be hired for a term of four years on contract.

The scheme was announced by Defence minister Rajnath Singh on Tuesday.

"After keeping the recruitment pending in the army for a long time, the centre has now announced a new recruitment scheme 'Agniveer' with a short duration of four years in the army.

Even though it has been called an attractive scheme, the youths of the country are dissatisfied and angry. They are openly opposing the change in army recruitment system, Mayawati said in a tweet in Hindi.

"They believe that the government is limiting the soldiers' tenure to four years in order to eliminate pension benefits in the army and government jobs, which is grossly unfair and deleterious to the future of rural youth and their families," Mayawati said.

In a series of tweets, the former Uttar Pradesh chief minister said that the new move of recruitment will add to the woes of the people already beset with inflation and poverty.

"People in the country are already afflicted by rising poverty, inflation, unemployment, wrong policies, and arrogant working style of the government, in such a situation, the uneasiness spread among the youth regarding new recruitment system in the army is causing anxiety.

The government should reconsider its decision immediately, this is the demand of BSP, Mayawati added. PTI CDN