Mass appeal by Opposition on scrutiny of bills in Rajya Sabha 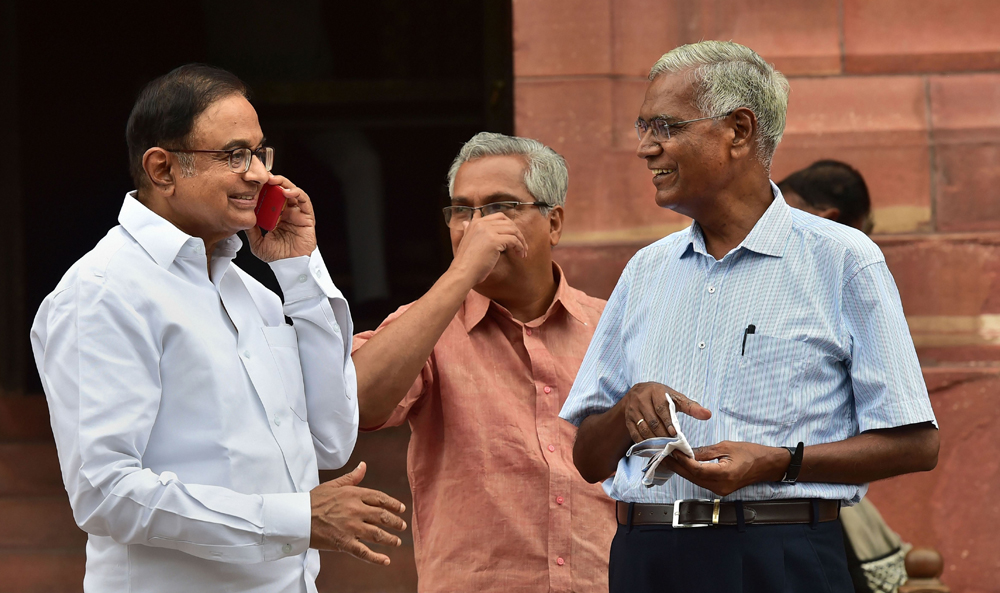 Seventeen political parties, which together have 103 members in the Rajya Sabha, submitted a letter to Chairman M. Venkaiah Naidu on Friday, seeking his intervention to ensure the parliamentary scrutiny of bills and adherence to rules that have been put in place to allow proper deliberation.

“We urge you to ensure that the voice of the Opposition is not smothered in the Rajya Sabha. While we understand our responsibility and the need to enact legislation, any attempt by the government to undermine the privileges of members, the rules and established conventions will diminish the Council of States as envisaged by our founding fathers,” the letter said.

The signatories to the letter included the Telangana Rashtra Samithi, which officially remains unattached but has helped the government get bills passed.

Not a single bill has been referred to a parliamentary committee this session, which is being flagged by the government as one of the most productive in a long time.

Apart from political differences, there is considerable concern within the Opposition that members are not being given enough time to study the bills and ensure these do not have infirmities that can adversely affect the people.

So far, 14 bills have been passed by Parliament this session, the first of the 17th Lok Sabha.

This is a record of sorts because none of the inaugural sessions of the previous four Lok Sabhas had more than an average of 10 sittings. The first session is usually taken up in oath-taking and giving the new MPs time to familiarise themselves with Parliament and its procedures.

This time, Parliament has already had 30 sittings and the government has decided to extend the session till August 7 to pass more bills.

The Narendra Modi government, even in its first term, had shown an aversion to referring bills to standing or select committees for scrutiny.

This is evident from data put out by PRS Legislative Research, which was quoted in the letter.

The figure dropped drastically to 26 per cent in the 16th Lok Sabha, during the Modi government’s first term.

Another issue the letter flagged was the short notice given by the government to members to prepare themselves for a bill discussion. According to Rule 95 of the Rules of Procedure and Conduct of Business in the Council of States, members have to be given at least one day’s working time to submit amendments.

The letter highlighted that only two short-duration discussions had been taken up this session though it had been a longstanding practice to take up at least one a week. The MPs reminded the Chairman of their pending notice for a discussion on the freedom of the press.