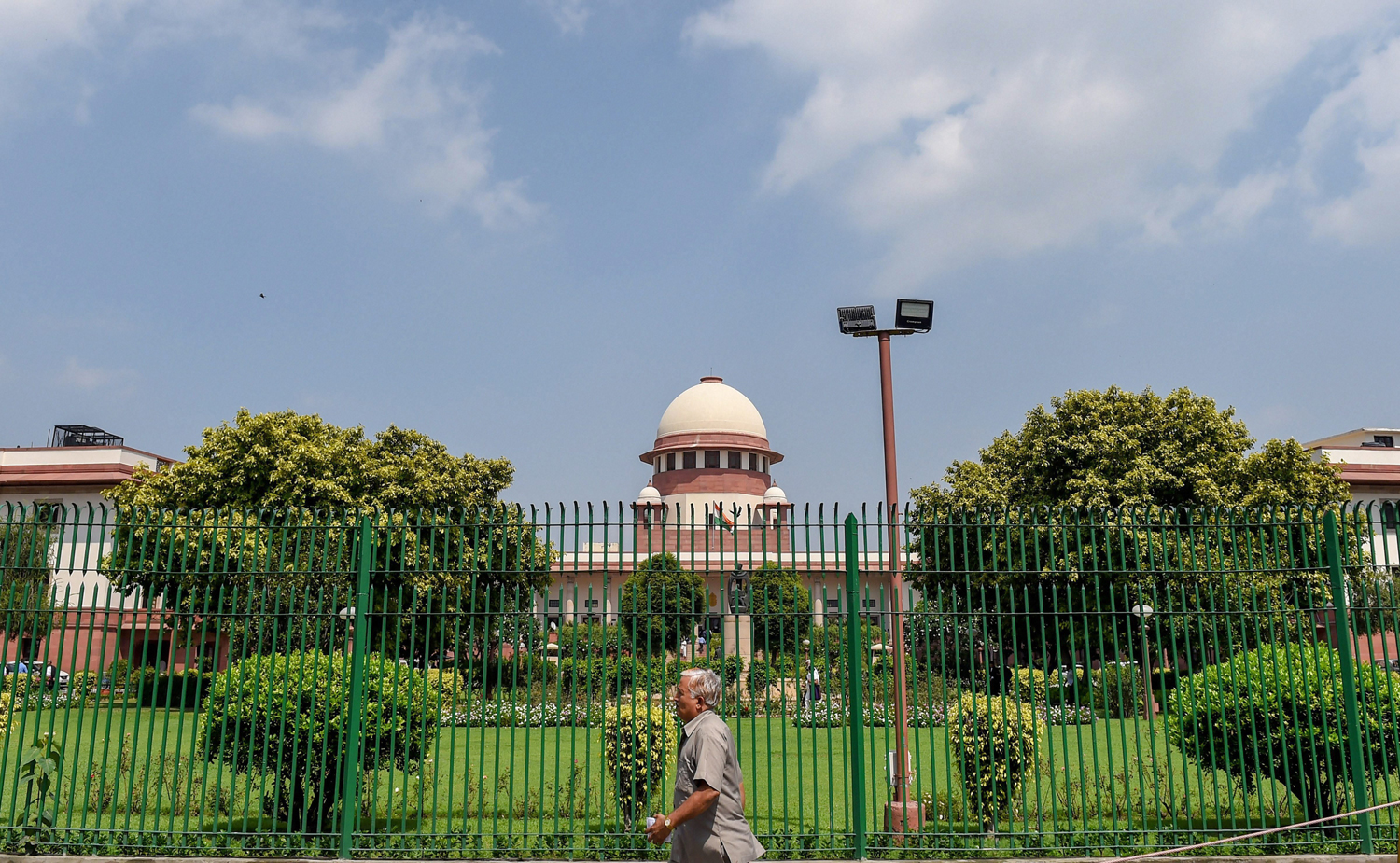 The Supreme court, which is hearing a PIL seeking a probe into as many as 1,528 cases of alleged extra-judicial killings in Manipur, had on July 14 last year constituted the SIT and ordered lodging of FIRs and probe into them
PTI
PTI   |   New Delhi   |   Published 12.11.18, 07:11 AM

The Supreme Court Monday dismissed a plea filed by some Manipur Police personnel seeking recusal of judges of the bench in Manipur fake encounter cases in which the CBI Special Investigation Team is carrying out a probe.

A bench Of Justices Madan B. Lokur and U.U. Lalit said that there was no reason for these policemen to doubt the SIT and the probe conducted by it in these cases.

The bench said the institutional integrity of the judiciary and the CBI must be maintained.

The apex court's order came on a plea filed by some Manipur Police personnel, who had sought recusal of judges of the bench claiming that it had earlier termed some accused, who were charge sheeted by the SIT in the encounter cases, as “murderers”.

The Centre had on September 28 supported the plea by the Manipur policemen and questioned the apex court for its reported remark, saying it has “completely shaken” the morale of the armed forces and security men operating in insurgency-hit areas.

The petitioners, however, challenged the government's contention, saying this was an attempt to “overawe” the court, which should not recuse from hearing the matter.

The court, which is hearing a PIL seeking a probe into as many as 1,528 cases of alleged extra-judicial killings in Manipur, had on July 14 last year constituted the SIT and ordered lodging of FIRs and probe into them.

The bench had said that the oral remarks by the bench during the hearing on July 30 was not “designed or directed” against any individual as it had happened during the discussion in the court with the CBI Director.

Justice Lalit had said that on July 30, they were asking the Central Bureau of Investigation Director, who was then present in the court, about the status of the case. The court was informed that till then, 14 persons were charge sheeted for the alleged offences of murder, criminal conspiracy and destruction of evidence by the SIT.

Senior lawyer Mukul Rohatgi, appearing for petitioners, had told the court that persons who were charge sheeted had a “genuine apprehension” that they would not get a fair trial and impartial justice due to remarks by the bench.

Rohatgi, while making it clear that nobody was saying that court was “biased”, had said that these persons, having been charge sheeted for the offence of murder, were facing the charge of life or death.

Senior advocate Colin Gonsalves, who is representing the petitioners in the main case related to alleged fake encounters in Manipur by the Army, Assam Rifles and state police, had said the bench should not recuse from hearing the matter as it had not said that these accused were “murderers”.

The bench after hearing the submissions had reserved its order on the application seeking its recusal from hearing the matter.