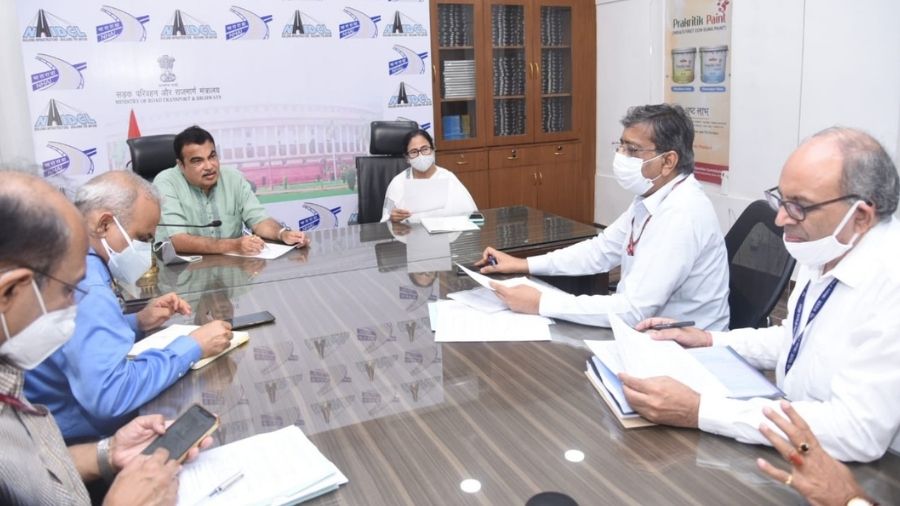 Bengal Chief Minister Mamata Banerjee met Union Minister of Transport Nitin Gadkari here on Thursday and discussed several infrastructure projects in the state with him in a bid to invite global investors.

Banerjee, who is in Delhi to initiate talks with opposition parties to stitch together a united front against the ruling BJP, brought up pending road and transport projects, including the deep-sea port at Tajpur, in her discussions with Gadkari, sources said.

The sources said Banerjee will also meet ministers of key departments such as petroleum, aviation, railways and commerce soon to discuss various development projects in the state.

"Chief Minister of West Bengal Sushri @MamataOfficial called on Union Minister Shri @nitin_gadkari Ji today. In the presence of officials they reviewed various road projects being undertaken in the state," Gadkari's office said in a tweet.

The sources said the Trinamool Congress (TMC) supremo also presented a report to the Union minister on the construction of rural roads in West Bengal under the third phase of the Pradhan Mantri Gram Sadak Yojana (PMGSY).