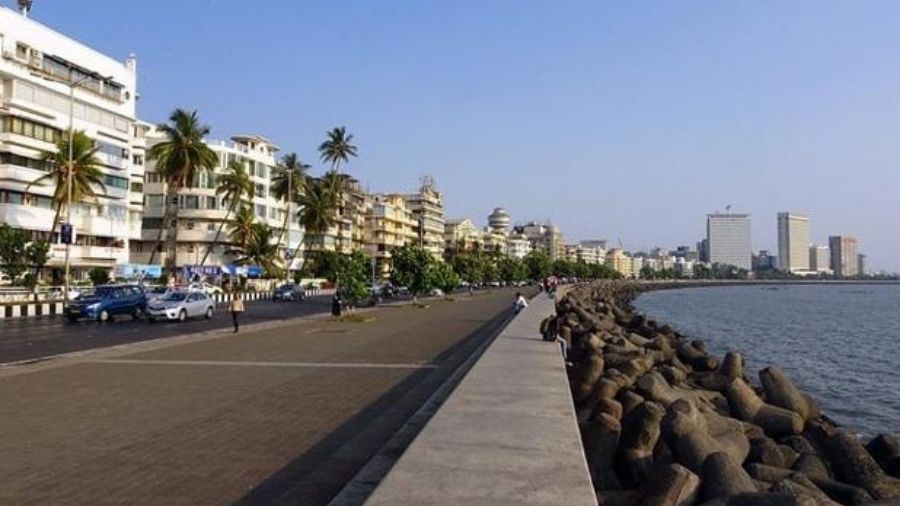 Bus services were affected in Mumbai and neighbouring areas on Monday and most of the shops and commercial establishments remained closed in the wake of the bandh called across Maharashtra by three partners in the Maha Vikas Aghadi (MVA) government to protest the killing of four farmers in Uttar Pradesh's Lakhimpur Kheri district.

As buses of the Brihanmumbai Electric Supply and Transport (BEST- the transport undertaking of the city civic body) and many of the traditional 'black-yellow cabs' remained off roads, there were huge crowds on suburban railway stations to commute by local trains, which were running as per schedule.

The three ruling allies - Shiv Sena, NCP and Congress, have appealed to people to wholeheartedly support the bandh, which began at midnight, to express their solidarity with farmers.

In the morning, shops and other commercial establishments, barring those engaged in selling essential items, remained closed in Mumbai.

While the BEST bus services were affected in the wake of the bandh, the local trains, considered as the lifeline of Mumbai, were operating normally, but running packed as road commuters shifted to suburban rail services.

Our services are running as per schedule," Shivaji Sutar, chief public relations officer of the Central Railway, told PTI.

Most of the black-yellow cabs and auto-rickshaws were off roads in the metropolis, as per transport union leaders.

"The black-yellow taxis are operating, but their number is very less. The taxi operations outside the city airport are unaffected," said A L Quadros, general secretary of the Mumbai Taximens' Union.

The Metro rail services were also operating normally in the city.

Officials of the Maharashtra State Road Transport Corporation (MSRTC) said their buses from Mumbai to other places were plying as per schedule and no untoward incident was reported anywhere.

"Regional offices across the state have been informed to operate bus services in consultation with the district administration concerned and police after taking stock of the local situation," an MSRTC official said.

There was heavy police deployment across the state capital in the wake of the bandh.

Police personnel, including women, were on patrolling duty in every area of the city and no untoward incident was reported till now, a police official said.

There was extra traffic police deployment on the city roads, where people were mostly seen travelling in private vehicles.

Many senior police officials were seen visiting the 'bandobast' points.

The Mumbai Police earlier said they will deploy the maximum manpower at their disposal on the streets on Monday to prevent any untoward incident during the bandh.

In neighbouring Thane district, shops and commercial establishments remained closed in the morning and roads at many places wore a deserted look.

Public buses remained off roads, while a few auto-rickshaws were seen plying in some places.

Activists of the ruling allies, carrying placards and banners, took out morchas in Thane city, Navi Mumbai, Kalyan and Vasai towns and raised slogans to protest the killing of farmers in Lakhimpur Kheri.

Local leaders were seen requesting traders in some places to keep their establishments shut.

The Thane Small Scale Industries Association in a release condemned the killing of farmers, but said the industries and small traders were not in favour of the bandh as they were already facing losses due to the COVID-19-related curbs.

Shiv Sena Rajya Sabha MP Sanjay Raut last week said his party will participate with full force in the Monday bandh in Maharashtra. He said it was necessary to wake people up against the "anti-farmer" policies of the Central government.

The farmers died after being knocked down by vehicles reportedly carrying BJP workers, after which an angry mob allegedly lynched some people in these vehicles.

On Saturday night, Union Minister of State for Home Ajay Mishra's son Ashish Mishra was arrested by the police in Lakhimpur Kheri in connection with the October 3 violence.