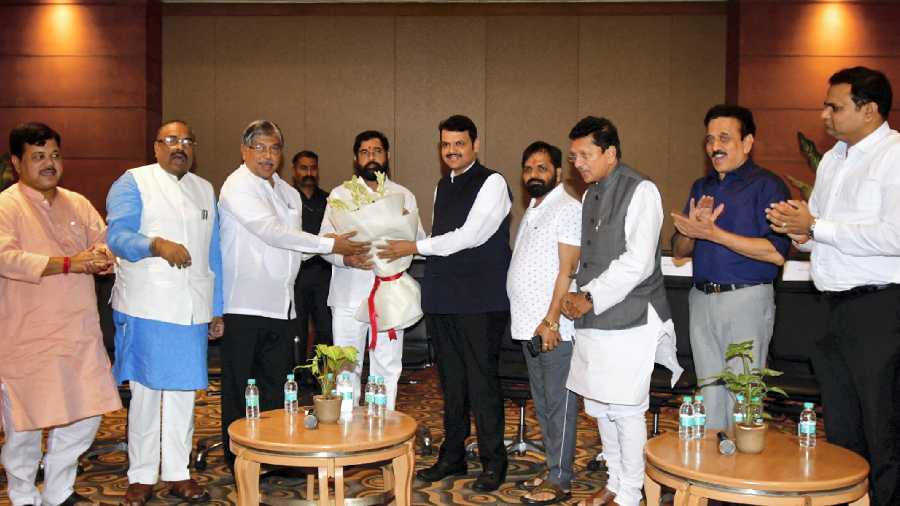 The four-day old Shiv Sena-BJP government will face the floor test on July 4 during the special two-day session of the Legislative Assembly beginning here Sunday.

The election to the post of the Speaker of the House will be held Sunday after the House proceedings begin at 11 am, an official said.

Sena MLA and Uddhav Thackeray loyalist Rajan Salvi is the candidate of the Shiv Sena-NCP-Congress combine for the Speaker's election. He is pitted against first-time BJP legislator Rahul Narvekar.

Rebel Shiv Sena MLAs who support Shinde returned to Mumbai from Goa on Saturday evening on the eve of the Assembly session, and were lodged in a luxury hotel in south Mumbai, where Vidhan Bhavan, venue of the floor test, is located.

NCP chief Sharad Pawar claimed that Narhari Zirwal, the deputy Speaker, can perform officiating Speaker's duties even though a no-confidence motion is pending against him. The post of Speaker is vacant since February last year after Nana Patole of Congress quit.

Shinde has the support of 10 legislators of smaller parties and independents and 106 MLAs of the BJP in the 288-member House.

There is a vacancy due to the death of Shiv Sena MLA Ramesh Latke in May.

MLAs of Shinde faction back in Mumbai