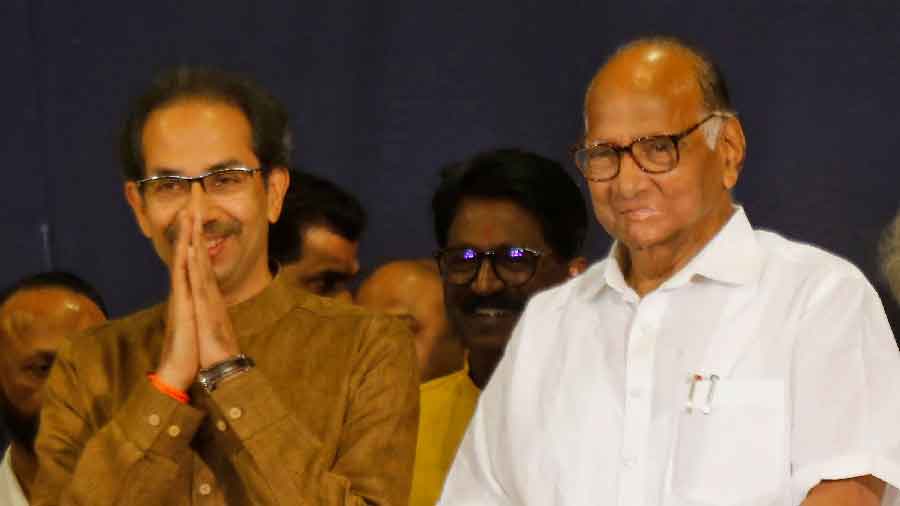 As the fate of the Maharashtra government hangs in balance, the state cabinet on Wednesday approved the renaming of Aurangabad city as Sambhajinagar, and that of Osmanabad city as Dharashiv.

The decision on the emotive issue of renaming of the historical central Maharashtra city of Aurangabad came even as the Shiv Sena, which heads the ruling MVA coalition, is facing a rebellion by majority of its MLAs.

Interestingly, state planning agency CIDCO had earlier proposed to name the Navi Mumbai airport after late Balasaheb Thackeray, the founder of the Shiv Sena. After the Shiv Sena broke off its alliance with the BJP and joined hands with the Congress and NCP to form MVA government, the BJP had often reminded the Sena of its own old demand to rename Aurangabad, which derived its name from Mughal emperor Aurangzeb.

The Congress, which is a junior partner in the MVA government, demanded in the cabinet meeting that Pune city be named as Jijau Nagar, after Chhatrapati Shivaji Maharaj's mother, and Mumbai Trans Harbour link between Sewree and Nhava Sheva in Navi Mumbai be named for former chief minister late A R Antulay. But these demands were apparently not considered. Congress had backed the demand to name Navi Mumbai Airport after D B Patil.