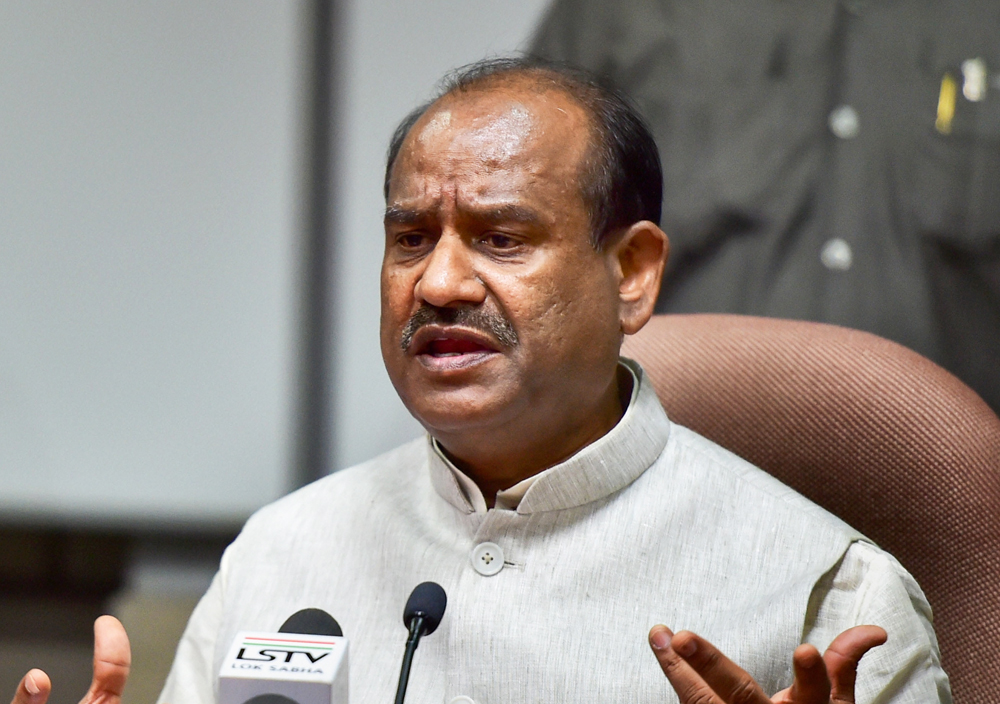 Newly elected Lok Sabha Speaker Om Birla on Friday said elections in India had always been transparent, arguing that the Congress wouldn’t have been defeated in 1977 hadn’t it been so.

At his first media interaction after getting elected to the post, Birla hailed the huge participation of voters in the recently concluded parliamentary polls, but made no mention of the doubts raised by the Opposition over electronic voting machines.

The Speaker said the people’s involvement in large numbers had showed that people had faith in the country’s democracy.

The remarks came on a day Birla sought to project himself as a strict disciplinarian in the Lok Sabha, taking strong objection to members chatting among themselves during House proceedings, prompting protests by Opposition members.

The Speaker reprimanded the Congress’s House leader, Adhir Chowdhury, for speaking with party MP Shashi Tharoor in the back benches while law minister Ravi Shankar Prasad was speaking on the instant triple talaq bill. Adhir had left his front-row seat and walked up to Tharoor.

“Shashi Tharoorji, Adhir Ranjanji, don’t talk among yourselves when the minister is speaking. This way the House can’t run. If you have to talk, please go out and talk in the gallery,” Birla said, sounding firm. Earlier, he had chided some other Opposition members too.

Adhir quickly returned to his seat and told the Speaker that he had only gone to discuss something related to the bill.

“Emergency inside the House,” Adhir said. Other Opposition MPs, including some of the Congress, protested, saying the House could not be treated as a “primary school”.

Interacting with reporters, Birla said his priority was to enhance the House’s dignity and added that the members should obey the rules and refrain from protesting in the Well.

He justified his strict approach on the first working day of the newly constituted Lok Sabha, saying MPs themselves had urged him to ensure that the House ran in a dignified manner.

“Why should ‘zindabad-murdabad’ slogans be raised in the House? Those interested in doing so have the freedom to do so outside,” Birla said.