The bill provides for granting citizenship to minorities from Bangladesh, Pakistan and Afghanistan after six years of residence in India 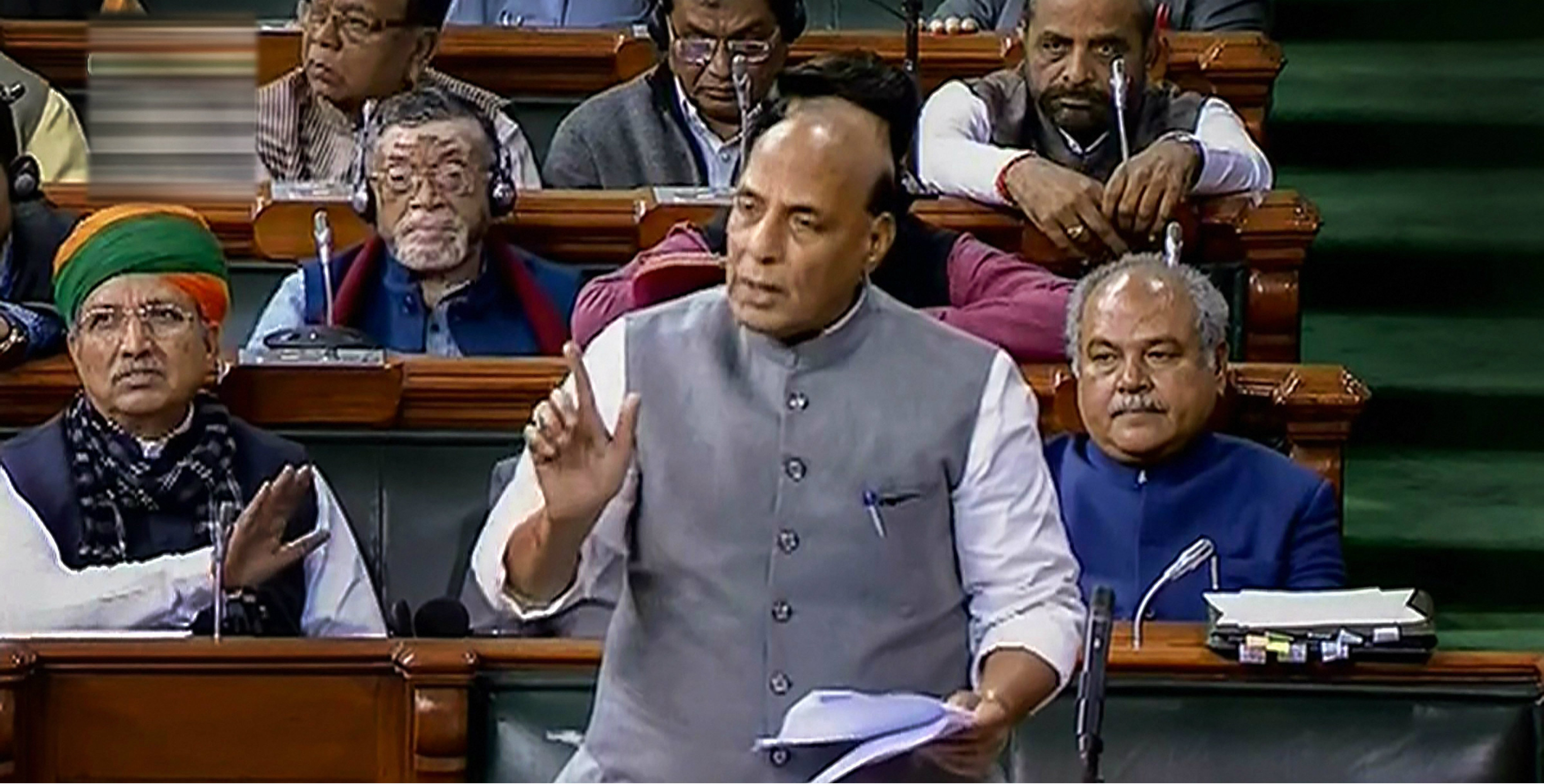 A bill seeking to provide Indian citizenship to non-Muslims from Bangaldesh, Pakistan and Afghanistan was approved by the Lok Sabha on Tuesday.

Piloting the contentious Citizenship (Amendment) Bill 2019, home minister Rajnath Singh told the Opposition that the bill was not against the provisions of the Constitution and would give succour to persecuted minorities in the three neighbouring countries.

The Bill provides for according Indian citizenship to Hindus, Jains, Christians, Sikhs, Buddhists and Parsis from Bangladesh, Pakistan and Afghanistan after six years of residence in India, instead of 12 years, even if they do not possess any document.

'They have no place to go to, except India,' he said, adding that several leaders, including India's first Prime Minister Jawaharlal Nehru, were in favour of giving shelter to persecuted minorities in the neighouring countries.

Activists of KMSS strip outside Parliament to protest Citizens Bill