Advertisement
Home / India / Lined up for PM Modi: Visits to Varanasi and Gujarat

Lined up for PM Modi: Visits to Varanasi and Gujarat 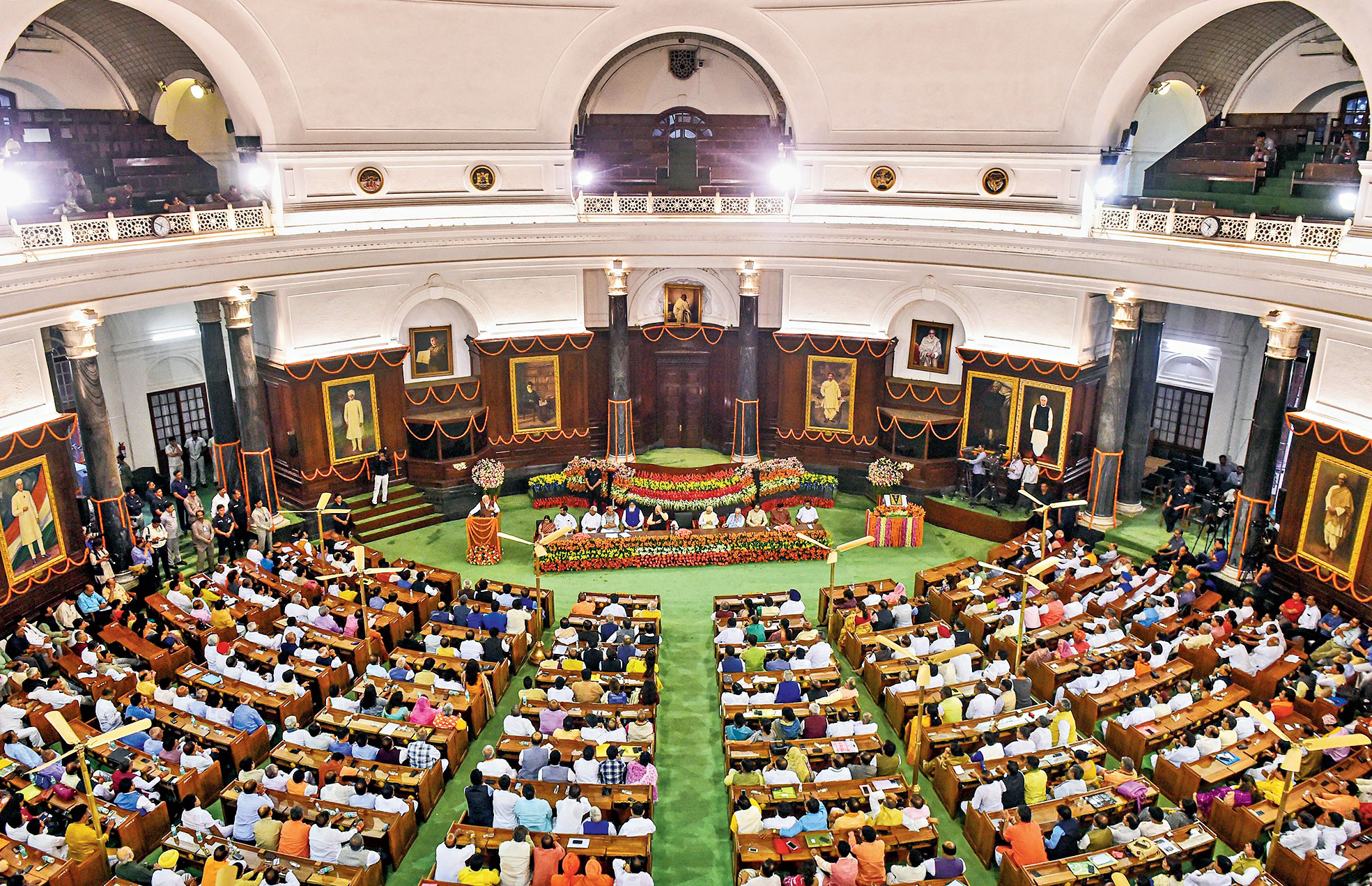 Prime Minister Narendra Modi is likely to hold a thanksgiving procession in his constituency of Varanasi on May 28, local BJP sources said.

A state home department official confirmed the programme but said it could be “delayed by three-four days depending on the date of the Prime Minister’s swearing-in ceremony” in Delhi.

“The Prime Minister’s Office has informed the local administration that he will be here on Tuesday to hold a procession from the Banaras Hindu University gate to Godawlia after garlanding the statue of freedom fighter Madan Mohan Malviya,” a Varanasi-based BJP politician said.

“According to initial information, Modi will also pray at the Kashi Vishwanath temple and attend a Ganga Arti in the evening.”

The source, who was in Delhi on Friday along with a dozen other local BJP functionaries to hand Modi the Election Commission certificate of his victory from Varanasi, said party president Amit Shah had asked the delegation to make arrangements for the Prime Minister’s visit.

After his victory from Varanasi in 2014, too, Modi had held a procession in the city, prayed at the Kashi Vishwanath temple and attended a Ganga Arti.

Modi had asked Varanasi’s voters to turn out in large numbers to hand him a bigger victory than last time, and the electorate obliged.

While Modi had defeated Arvind Kejriwal (now Delhi chief minister) of the Aam Aadmi Party by 2.81 lakh votes in 2014; this time he increased his victory margin to 4.79 lakh votes against Shalini Yadav of the Samajwadi Party.

Modi and Shah will be felicitated by the Gujarat unit of the party on Sunday, reports PTI.

During his first visit to Gujarat after the poll results, Modi will seek the blessings of his mother Hiraba.

Gujarat BJP president Jitu Vaghani said Modi and Shah will reach Ahmedabad Sunday and will visit the party office in the Khanpur area where they will be felicitated.