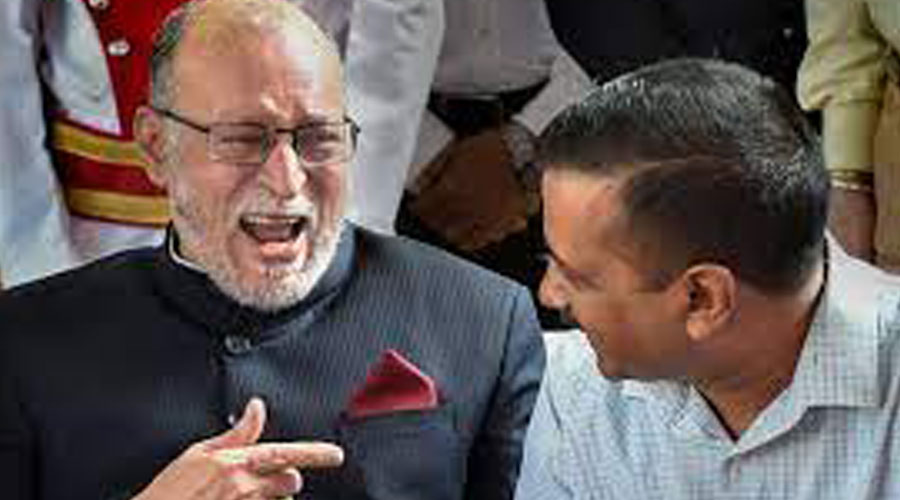 The L-G is to intervene in issues of the city government only in "exceptional circumstances" and not in every other matter, Sisodia said.
File picture
Our Bureau, PTI   |   New Delhi   |   Published 24.07.21, 10:13 PM

Lieutenant Governor Anil Baijal has overturned the Delhi Cabinet's decision to appoint a panel of lawyers of its choice to argue cases related to the farmers' agitation, the AAP government said on Saturday and wondered what was the need of an elected dispensation if everything has to be done through the "Centre via L-G".

Delhi Deputy Chief Minister Manish Sisodia said the lieutenant governor (L-G) has invoked his special powers granted under the Constitution and referred the matter to the President.

Addressing a virtual press conference, he said that in the interim, Baijal has approved a panel of 11 law officers chosen by the Delhi Police to argue the cases.

In a tweet in Hindi, Chief Minister Arvind Kerjiwal said, "Overturning the Cabinet's decisions in such a way is an insult to Delhiites. The people of Delhi formed the AAP (Aam Aadmi Party) government with a historic majority and defeated the BJP."

"Let the BJP run the country and let the AAP run Delhi. Such interference in everyday work is an insult to the people of Delhi. The BJP should respect democracy," he said.

Earlier this month, the Kejriwal-led Cabinet had taken a decision that lawyers chosen by the Delhi government will fight cases of violence during the farmers' tractor rally on January 26 this year, rejecting the Delhi Police's panel of lawyers.

"But, today, the L-G has changed it. The Constitution has given him (L-G) the right that in case of a disagreement with the elected government, he can send the matter to the Centre and the President of India for reference," the deputy chief minister said during the press conference.

However, the L-G is to intervene in issues of the city government only in "exceptional circumstances" and not in every other matter, Sisodia said.

"What is the need of an elected government in Delhi if everything has to be done through Centre via LG," he asked.

According to Sisodia, the L-G has said that "I (L-G) have referred the matter to the Centre for decision of the President of India".

"In exercise of the powers conferred in provisions of Article 239A of the Constitution, I (LG) hereby direct that 11 law officers, advocates as suggested by the Delhi Police....be appointed," Sisodia said, quoting the L-G's communication.

Questioning the central government, he sought to know what is the Centre's intent behind rejecting the panel of lawyers decided by the Delhi government.

Earlier in the day, sources in the L-G office had said it has been recommended that the 11 special public prosecutors in Republic Day violence-related cases and three others in northeast Delhi riots cases, proposed by the Delhi Police be immediately appointed in view of the gravity of the two matters.

This is the first time the L-G has reserved any matter for consideration of the President, owing to the difference of opinion with the Kejriwal dispensation, since the Government of National Capital Territory of Delhi (Amendment) Act, 2021, came into force in April, they said.

He also said that the Constitutional Bench of the Supreme Court, including five senior judges, had clearly stated in its order that the lieutenant governor of Delhi has only two powers.

"Either the L-G can agree with the decision of the elected government and act accordingly, and if the LG disagrees, then he may send his disagreement to the President. The Supreme Court had also said in its order that the lieutenant governor has been given the power to refer a matter to the President only in extraordinary circumstances and not in every case," the deputy chief minister added.

In April, however, Delhi's lieutenant governor became the effective in-charge of the national capital with the Centre notifying a new law making it clear that the elected government will now have to seek the opinion of the L-G before any executive decision.

The Union Home Ministry's notification giving effect to the Government of National Capital Territory of Delhi (Amendment) Act, 2021 came into effect from April 27.