Advertisement
Home / India / Letters To Self: English translation of Modi's book of poetry to release next month

Letters To Self: English translation of Modi's book of poetry to release next month

Accroding to translator, these are poems of progress, despair, quest, courage, and compassion 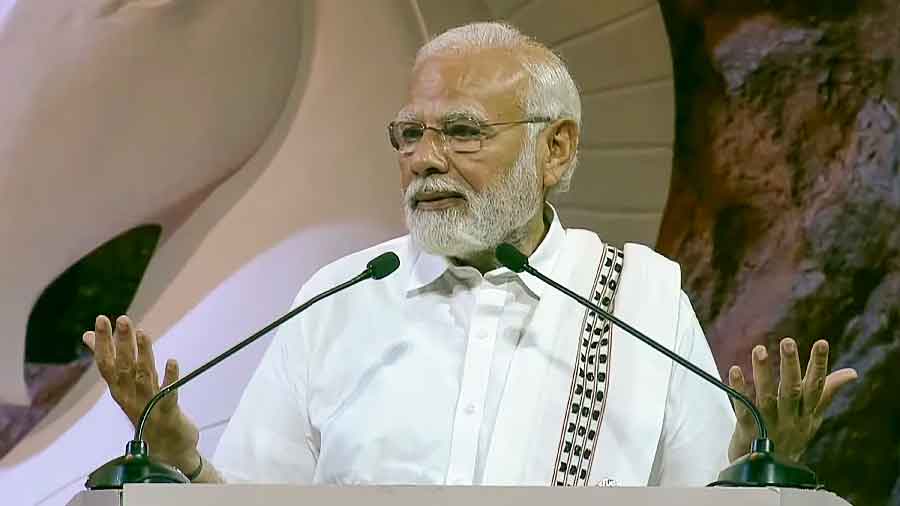 'Letters to Self', the English translation of Prime Minister Narendra Modi's Gujarati book of poetry, will hit the stands in August.

Written over many years, the collection of poems, 'Aankh Aa Dhanya Chhe', originally released in 2007, is translated into English by film journalist and historian Bhawana Somaaya.

It is published by Fingerprint! Publishing, a Prakash Books company.

According to the publishers, the deep ponderings and ruminations, which came to life in rhyme and metre and which PM Modi forever hesitated to share with the world, express his unpolished and unrestrained ideas, dreams, and concerns on an array of subjects ranging from the beauties of nature to the pressures and trials of life.

"These are poems of progress, despair, quest, courage, and compassion. He reflects on the mundane and the mysterious, and mentions obscurities he wants to unravel. I believe that what makes his writing different is his consistent emotional churning, his energy, and his optimism. He expresses without filters, and this intensity is infectious," said the translator in a statement.

"His poems, prose, however you wish to describe his writings, strike a chord, awaken an old wound," she added.

Modi's 2020 book "Letters To Mother", comprising letters that he as a young man wrote to the mother goddess, was also translated from Gujarati by Somaaya.

According to Shantanu Duttagupta, Executive Publisher of Fingerprint! Publishing, the "deft and nuanced" translation is wonderful and will appeal to poetry lovers across the country.

Besides several books in Gujarati, the prime minister also authored "Exam Warriors" to help young students deal with the stress of exams.