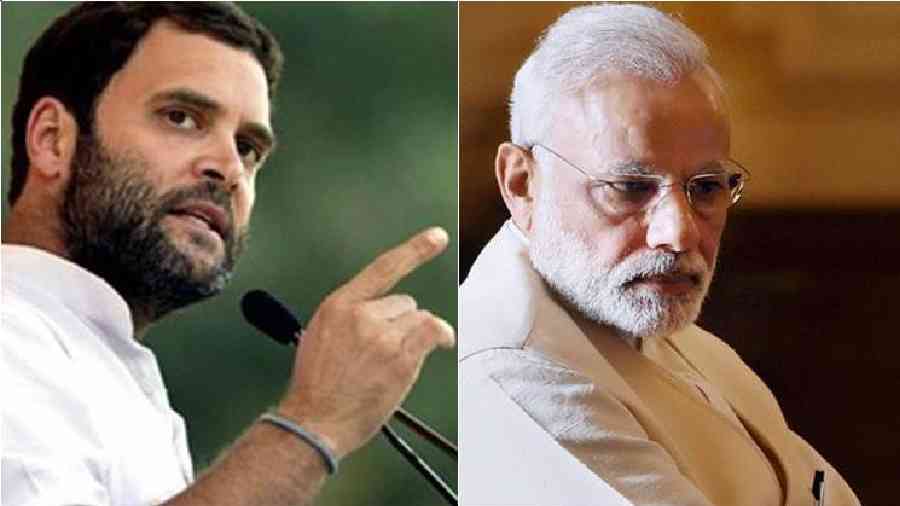 Congress MP Rahul Gandhi on Wednesday took to Facebook to ask Prime Minister Narendra Modi 10 questions on matters directly affecting the people as the “emperor” had suspended MPs who had demanded answers inside Parliament and arrested those who questioned him outside.

The uncommon mode of communication when the House is in session also served to underscore the Prime Minister’s reluctance to engage with the Opposition on substantive issues or answer specific questions in Parliament.

“We wanted to debate some concerns of the people in the monsoon session of Parliament. But look at the ‘tanashahi (dictatorship)’ of the Prime Minister — he got so enraged by the questions that he suspended 23 MPs and got 57 arrested,” Rahul posted.

The BJP has accused the Congress of fomenting turmoil in the country and disrupting Parliament only to save the Nehru-Gandhi family. The Prime Minister also accused some political parties of ignoring the nation’s interests.

But the questions asked by Rahul didn’t reflect his or Sonia Gandhi’s personal interest.

The questions to the “emperor” were:

1. Why is unemployment today the highest in 45 years? What happened to the promise of two crore jobs every year?

2. Why are the people being robbed of two meals a day through the imposition of the GST on items of daily use like food grains and curd?

3. When will the people get relief from the skyrocketing prices of edible oil, petrol, diesel and (LPG) cylinder?

4. Why has the rupee crossed 80 against the dollar?

5. The government is bringing in the Agnipath scheme after avoiding recruitment in the armed forces for two years. Why are our youths being forced to become Agniveers on four-year contracts?

6. Why are you silent on the intrusion by Chinese forces into Ladakh and Arunachal Pradesh? What are you doing?

7. You ensured the insurance companies a profit of Rs 40,000 crore on crop insurance but why are you silent on the promise of doubling the farmers’ income by 2022?

Rahul told the Prime Minister that the full list of questions was very long but he should first answer these 10 questions. “Your accountability will not end after intimidating and threatening the Congress. We are the voice of the people and will continue to raise their issues,” he added.

Modi is not accustomed to any meaningful engagement with Opposition leaders on any substantive issue. Rahul and Sonia Gandhi have written to him many times on subjects ranging from economy to Covid, but he has never responded.

BJP chief J.P. Nadda once replied to former Prime Minister Manmohan Singh’s letter to Modi in a vulgar tone, evoking widespread condemnation. But Modi chose to ignore this as well.

Modi has developed a style of communication through one-sided sermons, acerbic barbs and taunts, both from public forums and official functions. Even at all-party meetings, Opposition leaders have repeatedly alleged that he comes at the end, issues his statement and leaves without engaging in any conversation.

During interactions relating to Covid, several chief ministers had complained, the Prime Minister never responded to specific questions or demands.

Congress leaders defended Rahul’s decision to use social media to communicate with the Prime Minister because he wasn’t available to answer questions in Parliament or outside.

Modi is the first Prime Minister who doesn’t participate in Question Hour in Parliament. One day is designated for the Prime Minister but junior ministers in the PMO handle the questions. Congress leaders said Modi did not answer questions from MLAs in the Gujarat Assembly when he was chief minister.