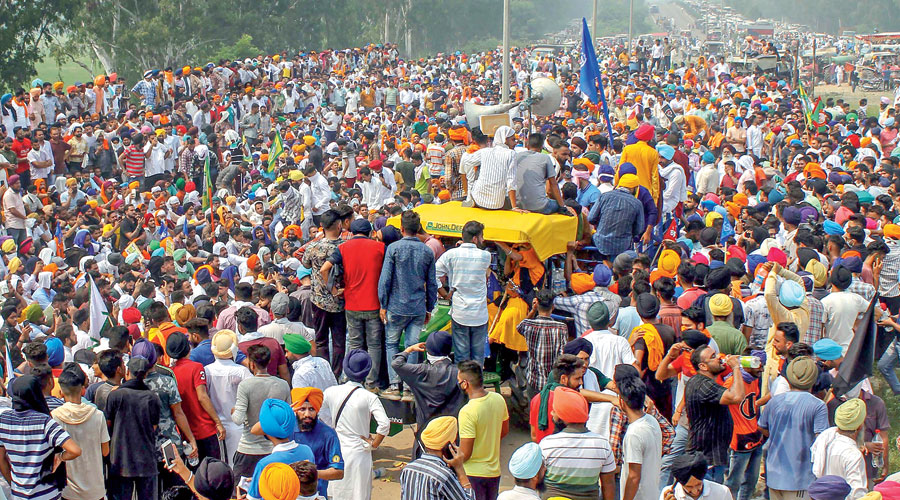 The Left parties on Saturday extended their support to the nationwide strike called by farmers' organisations on December 8.

"The Left parties condemn the RSS/BJP's malicious campaign, on preposterous charges, against the struggle of our annadatas to safeguard Indian agriculture and the country's food security," it said.

The statement also said that the Left parties support the farmers demand the scrapping of the three agri laws and the Electricity (Amendment) Bill, 2020.

"The Left parties appeal to all other political parties and forces who stand with the farmers cause and have demanded the repeal of these laws to extend their support and cooperation to the December 8 bandh call," it said.

Hardening their position, agitating farmers on Friday announced a 'Bharat Bandh' on December 8 and said they would occupy toll plazas on that day if their demands for repealing the agri-marketing laws are not met.

Talks between farmer leaders and Union ministers have turned out to be futile so far.

The farmers have rejected the Centre's proposal of amending the laws and have instead demanded that a special session of parliament be called to repeal the laws.