Advertisement
Home / India / Laws of India supreme, everyone who lives here must abide by it: Ashwini Vaishnaw
Indian laws supreme, must abide by them'

Laws of India supreme, everyone who lives here must abide by it: Ashwini Vaishnaw 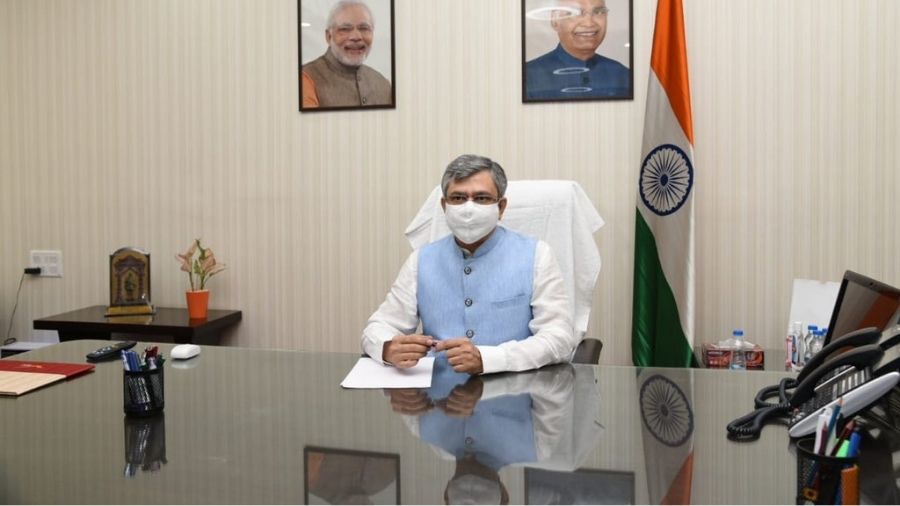 All those who live and work in India will have to abide by the rules of the country, newly sworn-in Information and Technology Minister Ashwini Vaishnaw said on Thursday.

Vaishnav was talking to reporters after meeting BJP general secretary (Organisation) B L Santhosh at the party office here.

On a question that Twitter was not adhering to IT rules, he said whosoever lives and works in India will have to abide by the rules of the country.

Twitter, in loggerheads with the Indian government for a slew of issues over months, told the Delhi High Court on Thursday that it needs eight weeks' time to appoint a new grievance officer in compliance with the recently-enacted IT rules of the country.

According to an NDTV report, the social media giant also informed the court that it has appointed an interim chief compliance officer, who is a resident of India, two days ago and will submit its first compliance report by July 11.

The microblogging platform said it has appointed interim chief compliance officer (CCO) with effect from July 6 and a communication has also been addressed to the Ministry of Electronics and Information Technology (MEITY).

US-based company Twitter has been in the eye of a storm over its alleged failure to comply with the new IT rules in India, which mandates, among other requirements, the appointment of three key personnel -- chief compliance officer, nodal officer and grievance officer by social media platforms with over 50 lakh users. All the three personnel have to be residents in India. While the rules came into effect on May 26, Twitter is yet to adhere to the social media guidelines, despite repeated reminders from the government.

Vaishnaw's statement echoes his predecessor Ravi Shankhar Prasad who had made similar comments days before quitting his post. He had sparred several times with Twitter on this issue, frequently criticising the company for non-compliance and failure to follow laws in India, and also got his account blocked on Twitter for over an hour.

"You operate in India, you make money in India... but if you take the position 'I will only be governed by laws of America'...This is plainly not acceptable," Prasad had said earlier.

Vaishnaw, the MP from Odisha, on Wednesday took oath as the Cabinet Minister and was given the charge of Railways along with the Information and Technology Ministry.

He said was thankful to Prime Minister Narendra Modi for giving him the responsibility.

He said his focus will be on improving the life of the last man standing in the queue.

In past, Vaishnav, while speaking in the Rajya Sabha, had raised the issue of cyber bullying of Karnataka-based Rashmi Samant's resignation from the position of Oxford Student Union President in the United Kingdom and described it as a serious case of racism.

SC: FB must appear before panel