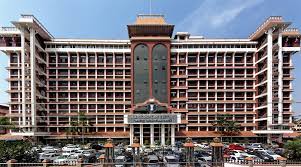 Kerala High Court on Tuesday ordered the Lakshadweep administration to restore the old midday meal menu in schools which had beef and chicken and stayed the auction of cows from the dairy farms that were shut down recently.

The division bench comprising Chief Justice S. Manikumar and Justice Shaji P. Chaly issued the order on Tuesday on a PIL filed by lawyer Ajmal Ahmed, a native of Lakshadweep.

“The division bench ordered the administration to continue with the old menu which had beef and chicken. The stay on auctioning of cows will be in force until further orders,” Ahmed told The Telegraph.

In one of his controversial moves after taking over as the administrator of Lakshadweep, Praful Khoda Patel had replaced beef and chicken from the midday meal menu for schoolchildren with fish and eggs.

The new administrator also decided to shut down the diary farms on Lakshadweep and pave the way for Gujarat-based Amul to distribute its products in the isles.

Apart from Malayalam being a main language other than Mahal and Jeseri in Lakshadweep, the islanders have strong cultural and familial ties with Kerala.