The name of one more person, Virendra Shukla, has been added in the case 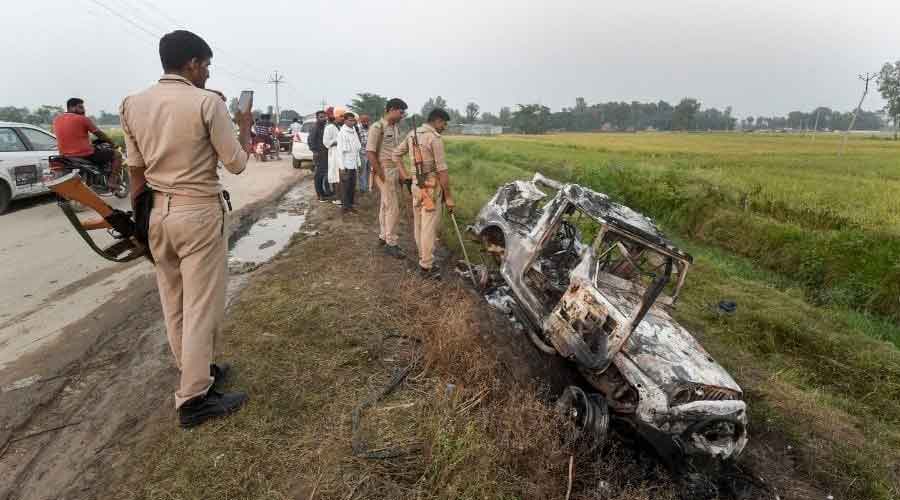 The chargesheet was filed in the court of chief judicial magistrate (CJM) Chinta Ram on Monday.

On Monday, senior prosecution officer (SPO) S P Yadav told reporters that another accused Virendra Shukla's name has been added in the chargesheet under section 201 (causing disappearance of evidence of offence) of the Indian Penal Code.

However, Shukla is yet to be arrested. Yadav said the chargesheet against all 14 accused was filed in the court and the proceedings are on.

Four agitating farmers were run over by a vehicle while four others, including a journalist, two BJP workers were also killed in the violence that ensued.

The SIT had recently requested a local court to add two charges in the case – attempt to murder and voluntarily causing grievous hurt – against Ashish Mishra and the 12 other previously-named accused. The court had admitted the SIT's plea and ordered the addition of the charges, including under sections of the Arms Act.

The SIT had said in a report submitted to the court that the four farmers and the journalist were killed in the October 3 violence as part of a "pre-planned conspiracy".

The SIT wrote in the report that the deaths “did not happen due to negligence or callousness” and that the accused persons' actions were “deliberate with an intention to kill”.