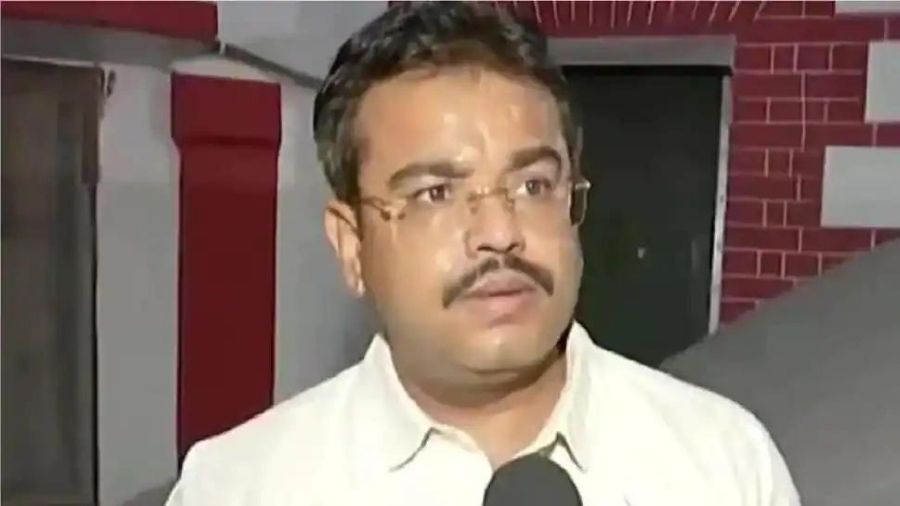 The Uttar Pradesh Police issued a fresh notice to Union minister Ajay Mishra's son Ashish Mishra asking him to appear before it by 11 am on Saturday in connection with the violence that killed eight people, including four farmers, after he missed his 10 am deadline on Friday.

The latest notice, pasted on the wall of Mishra's house Friday afternoon, warned that legal action will be initiated against him if fails to appear before the investigators on Saturday.

Deputy Inspector General (Headquarters) Upendra Agarwal who is heading the team probing Sunday's incident waited for him at the police lines but he didn't show up, after which the fresh notice was served.

As Mishra did not show up, reports emerged that he may have fled to Nepal.

Asked about it, Samajwadi Party president Akhilesh Yadav on Friday said, "If this is true, the Centre should intervene and get the accused arrested from Nepal."

In a statement issued here, the Samyukt Kisan Morcha said, "...there is no trace of him (Ashish Mishra). News reports indicate that he is changing locations and is absconding, with several Uttar Pradesh Police teams searching for him."

The morcha expressed its "serious concern and shock" at Mishra not yet being arrested.

After two men were arrested on Thursday, the police pasted a notice outside Mishra's house asking him to appear before it at 10 am on Friday.

The arrested men were identified as Luvkush of Banbirpur village and Ashish Pandey of Nighasan tehsil, two of the seven people mentioned in an FIR lodged by the police in connection with the violence.

Four of the eight people who died on Sunday were farmers, allegedly knocked down by vehicles carrying BJP workers. Angry farmers then allegedly lynched some people in the vehicles.

In its statement, the morcha alleged that two other men -- Sumit Jaiswal and Ankit Das -- were also involved in the violence, but they are not being arrested by the police.

"There is only information on a notice issued to Ashish Mishra summoning him for questioning. The UP government and Minister Ajay Kumar Mishra are adopting protective tactics to ensure that Ashish Mishra roams free," it said.

It alleged that Sumit Jaiswal was in the Thar vehicle that mowed down the farmers and was clearly seen escaping from the vehicle.

Similarly, a video clip where a police official was seen questioning a person caught during the incident revealed that Ankit Das was in the Fortuner vehicle that was also involved in the violence, the morcha said.

The morcha demanded immediate arrest of Ashish, Sumit and Ankit.