Locals fear the influx of outsiders would lead to a change in the region's demography, jeopardize their culture and identity 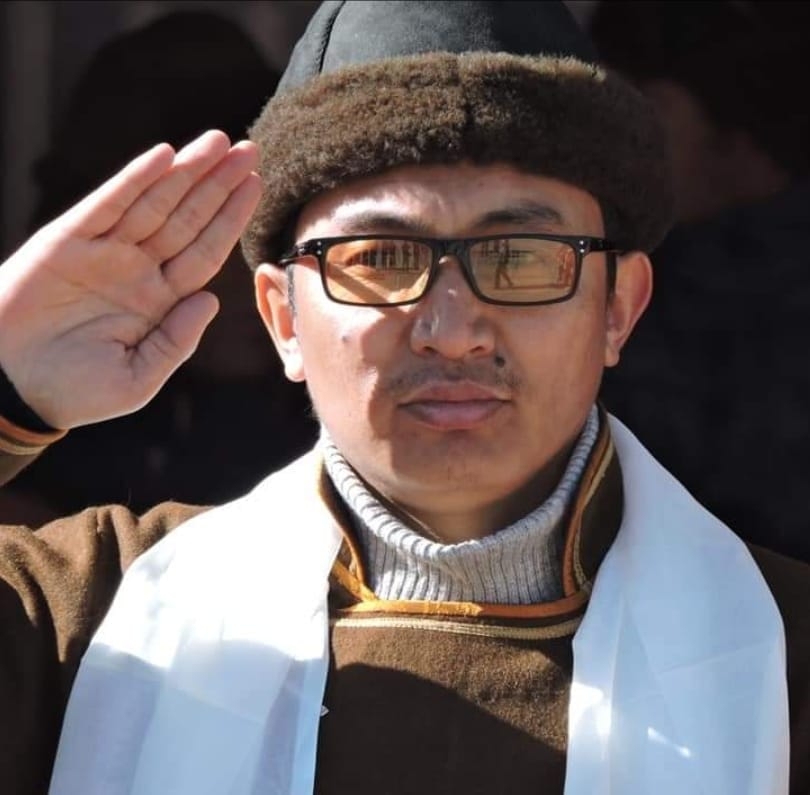 Ladakh MP Jamyang Tsering Namgyal said the region is a predominantly tribal area with tribals making up to 98 per cent of its population
Wikimedia Commons
PTI   |   Leh   |   Published 18.08.19, 06:15 AM

Prominent leaders of Ladakh have made a fervent appeal to the Centre to declare the region a tribal area under the Sixth Schedule of the Constitution, saying the biggest concern for its people is to protect their land and identity.

Though locals have welcomed the Centre's decision to revoke Article 370 and make Ladakh a Union territory, they fear the influx of outsiders would lead to a change in the region's demography, jeopardize their culture and identity.

In a memorandum to Tribal Affairs Minister Arjun Munda, Ladakh MP Jamyang Tsering Namgyal said the region is a predominantly tribal area with tribals making up to 98 per cent of its population.

'After the Centre announced its decision to make Ladakh a Union Territory, the biggest concern of the tribal population here is to protect their identity, culture, land, and economy,' the BJP MP said at the launch of a nine-day Aadi Mahotsav here on Saturday.

Namgyal appealed to Munda to declare it a tribal area under the Sixth Schedule of the Constitution to protect the interests of its people.

Based on Articles 244(2) and 275(1), the Sixth Schedule provides for the adminstration of tribal areas in the states of Assam, Meghalaya, Tripura, and Mizoram after setting up autonomous district and regional councils.

'I appeal to you to make a representation to Home Minister Amit Shah on our behalf to protect the demography and culture of Ladakh,' Namgyal said.

'Under the Jammu and Kashmir government, many tribal schemes could not be implemented in Ladakh. Scholarships, hostels, and schools for tribals... not much development work took place here under tribal sub-plans,' the 34-year-old said.

Ladakh Autonomous Hill Development Council (LAHDC) chairman Gyal P Wangyal said their only demand is that Ladakh be brought under the Sixth Schedule so that our land remains protected.

Addressing the tribal festival, Munda said: 'I have got to know that tribals make up to 95 to 97 per cent of Ladakh's population and I promise you that we will do whatever is required from a constitutional perspective to protect them.'

According to Article 244 and the sixth schedule, tribal-dominated areas in four states -- Assam, Meghalaya, Tripura, and Mizoram -- are called 'tribal areas', which are technically different from the 'scheduled areas' under the Fifth Schedule.

While executive powers of the Union extend in scheduled areas with respect to their administration in the Fifth Schedule, the Sixth Schedule areas remain within the executive authority of the state.

Aimed at giving a flip to the tribal economy in Ladakh, the Mahotsav is the Centre's first mega event here since the Central government announced the decision to make Ladakh a Union Territory.

Ladakh is currently a part of Jammu and Kashmir and the new Union territory will come into effect on October 31.

The nine-day Aadi Mahotsav, a joint initiative of the Ministry of Tribal Affairs and Tribal Cooperative Marketing Development Federation of India (TRIFED), is being organized at the Polo Ground, Leh, and will continue till next Sunday.

Around 160 tribal artisans from more than 20 states across the country are participating in it.

TRIFED Managing Director Praveer Krishna said the changes in the Union territory status of Ladakh has provided an opportunity to scale up business opportunities for tribals in the region.

Ladakh is known for pashmina shawls and apricots. The idea is to provide tribal cultivators with a big market across the country. Through a collaboration of TRIFED and online marketplace Amazon, these products will be sold in 190 countries across the world, Krishna said.

Currently, he said, it takes around a month to weave a Pashmina shawl. The Centre has decided to set up enterprises in Ladakh to scale up its production.