Knocked out in Mumbai, bloody noses in New Delhi 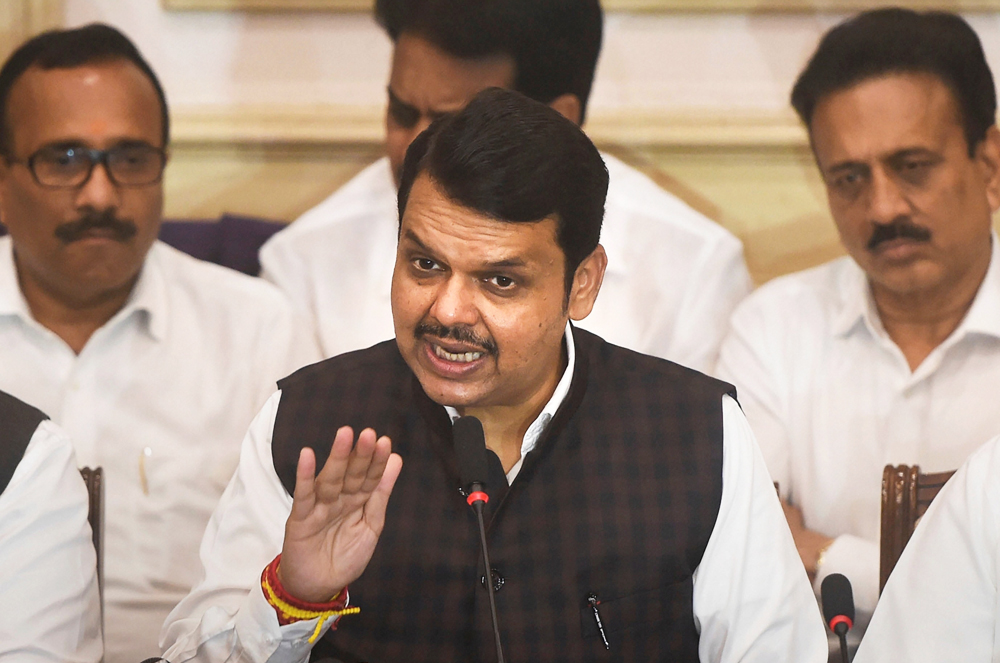 Narendra Modi and Amit Shah were left with egg on their faces when Devendra Fadnavis resigned on Tuesday afternoon, just three days after they had burnt the midnight oil and invoked emergency rules to secretly install him as chief minister of Maharashtra.

“After the Supreme Court set the date for the trust vote, Ajit Pawar came and handed over his resignation, saying he cannot continue the alliance. Since he resigned, we don’t have the numbers,” Fadnavis told a news conference around 3.30pm, before going to hand in his resignation to the governor.

Fadnavis declared he was resigning because the BJP had decided at the outset that it would not poach any MLAs, not explaining why then they had sought “additional time” from the Supreme Court to face the trust vote in the hearing just hours earlier. The court declined, directing the chief minister to prove his majority by 5pm on Wednesday.

The resignation letter was handed in Mumbai, but its impact was felt in New Delhi where the setback to the BJP in Maharashtra is being viewed as the biggest loss of face for the Modi-Shah duopoly just six months into a stupendous general election victory that had led many to believe the Opposition had been smothered.

Fadnavis sought to take the blame on himself, claiming the decision to align with Ajit Pawar and form the government was taken at the state level, but no one was fooled.

For Fadnavis and Ajit to take oath at 7.50am on Saturday, the Prime Minister had long before daybreak invoked Rule 12, reserved for emergencies, to bypass cabinet approval for revocation of President’s rule in Maharashtra.

The Rashtrapati Bhavan was informed and the President’s assent secured while most Indians were still sleeping.

A gazette notification of the revocation, digitally signed by the Union home secretary who reports to home minister Shah, was issued at 5.47am.

The swearing-in ceremony, which was announced after it was over, concluded at 8.10am. Modi had tweeted his congratulations to Fadnavis and Ajit at 8.16am, followed soon after by Shah who is also the BJP president.

BJP leaders in Delhi shied away from commenting in public, but privately pointed out that Shah had been openly hailed as the “real Chanakya of Indian politics” for the midnight operation installing Fadnavis as chief minister. “How can the ‘Chanakya’ escape blame now?” one leader asked.

The loss of face for the Modi-Shah regime came on a day the country was celebrating Constitution Day. To mark 70 years of the adoption of the Constitution, a joint sitting of both Houses was held in the Central Hall of Parliament, which most Opposition parties boycotted to protest the “murder of democracy” by night in Maharashtra. The court ruling came just as the sitting was to begin.

Immediately after this programme in Central Hall, Fadnavis called the duo. A quick meeting between Modi, Shah and BJP working president J.P. Nadda followed, in Parliament. A little later, news agency ANI — the only one present at the swearing-in — flashed the news that Fadnavis would hold a news conference at 3.30pm and news broke that Ajit had resigned.

Party insiders said Modi and Shah advised Fadnavis to quit without waiting for the trust vote. In a similar situation in Karnataka, then chief minister B.S. Yediyurappa had delivered a speech on the floor of the Assembly and then resigned. Fadnavis was asked to avoid that.

The Maharashtra blow has left the BJP leadership shell-shocked. Apart from losing the politically and economically crucial state, the loss of face for Modi and Shah could have a deep impact in the days to come.

Although it is unlikely Modi and Shah would be questioned in the party, given their total dominance, leaders suggested that this might change if the BJP is defeated in the upcoming Jharkhand and Delhi elections.

After the Shiv Sena snapped ties with the BJP, party managers had hoped they would earn the sympathy of Maharashtra’s voters and return with a big majority whenever the Sena-NCP-Congress alliance government collapsed.

“Now we have lost the people’s sympathy too. We have exposed ourselves,” one BJP leader said.

“The decision to ally with Ajit Pawar was the most foolish one. Our high moral ground over corruption is gone,” another BJP leader said. “Ajit smeared his corruption on our face and left. Can Fadnavis and even our central leaders now go around Maharashtra and tell the people the NCP is a ‘Naturally Corrupt Party’?” this leader asked.

This phrase was coined by Modi in 2014 and has frequently been used by the BJP in election rallies.