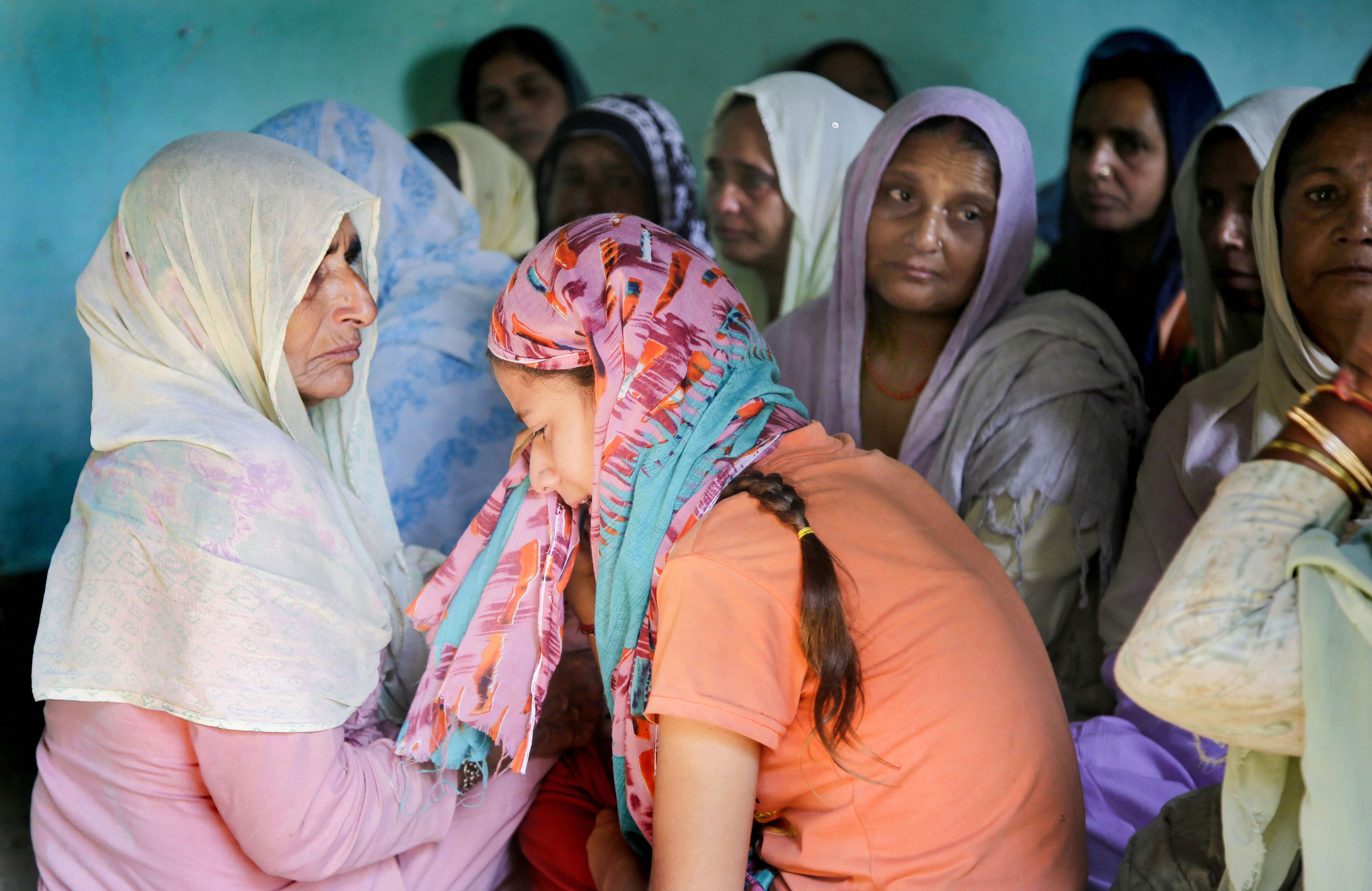 A truck driver, who was allegedly shot dead by militants in a south Kashmir village, was cremated in his home town Katra in Reasi district amid tight security arrangements on Tuesday, officials said.

Dutt was shot dead by militants in south Kashmir's Kanilwan village on Monday evening in the fourth such incident in the past two weeks, aimed at disrupting transportation of fruits outside the valley.

A pall of gloom descended on the village as the body of 43-year-old Dutt reached home with relatives and villagers joining the bereaved family to perform the last rites.

Emotional scenes were witnessed as Dutt's children — the youngest son being just seven years old — broke down on seeing the body of their slain father. His two minor daughters, aged between 10 and 14 years, wept inconsolably.

'Dutt's wife died some years ago and he was the only support to his minor children. After his tragic death, we appeal to the government to provide adequate compensation to the family and also ensure a job to his eldest son who is doing odd jobs to help the family,' local sarpanch Bansi Lal said.

Lal said Dutt was living a hand-to-mouth existence in a two-room house.

'He had left for Kashmir two days ago to load apples and we came to know about the gruesome murder last night. What wrong had he done? He was there to earn a living,' the sarpanch said, demanding identification of the culprits behind the murder and severe punishment to them.

The sarpanch said Lal's death took away the only support to his family and the government needs to step in and extend all possible help to the poor family.

Senior police and civil administration officials visited the family and assured all possible help to them, the official said, adding the last rites of the deceased were performed peacefully.

Dutt, incidentally, was also facing trial for his alleged role in the murder of his wife, said a police official, adding he was out on bail in the case for the last two years.

'He was the prime accused in the murder of his wife and was given bail two years ago,' the official said.