K.T. Jaleel said officials questioned the Muslim youth from Malappuram who supplied cloth bags to pack Ramzan kits on why he was so close to the family of his Hindu friend 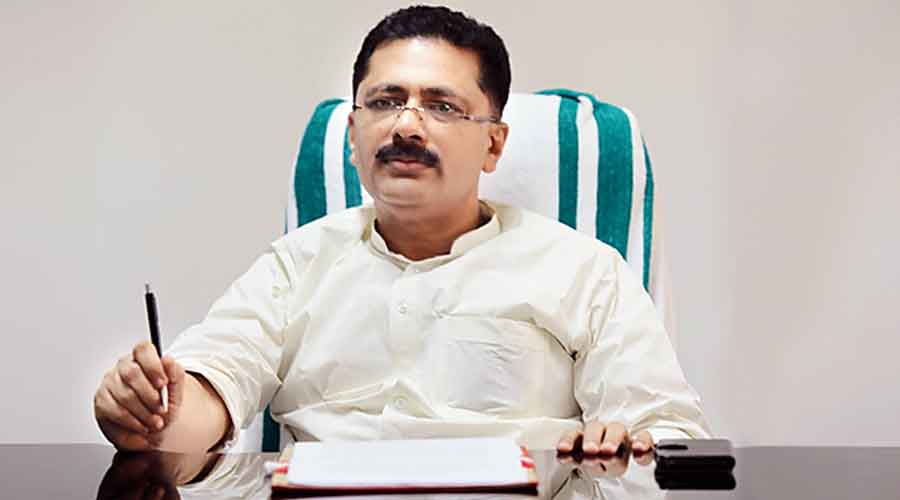 A Kerala minister has alleged that officials of a central investigating agency had racially profiled a man while interrogating him over a case linked to the distribution of food kits sponsored by the UAE consulate general during Ramzan last year.

State minister of higher education and minority welfare K.T. Jaleel on Saturday said the officials had questioned the Muslim youth from Malappuram who supplied cloth bags to pack the Ramzan kits on why he was so close to the family of his Hindu friend.

Two central agencies had investigated the minister for alleged violation of Foreign Contribution (Regulation) Act (FCRA) for accepting the Ramzan food kits and copies of Quran sponsored by the Consulate General of UAE in Thiruvananthapuram in 2020.

The minister had all along maintained that he had not directly received anything and had only helped the UAE consul-general organise and distribute the material to the needy during the month of Ramzan.

“I had asked my gunman (a Hindu) to see if anyone could supply cloth bags to pack the Ramzan kits. He contacted his younger brother’s friend (a Muslim) who agreed to supply them,” Jaleel told The Telegraph.

Jaleel had helped the consulate source the dry rations for the Ramzan kits from state-run Kerala State Co-operative Consumers Federation Ltd (Consumerfed) that supplies affordable consumer essentials to the people. But the bags had to be outsourced as the consulate, which engages in such charity in many countries, wanted the Ramzan kits to be packed in cloth bags with the UAE insignia.

“One evening, around three months ago, the officers of one agency that I won’t name went to his house as if they were going to nab some big criminal. They then took him away and started asking all kinds of questions. But what hurt him the most was when they asked him why he was so closely connected to the Hindu family (of the gunman),” Jaleel said, adding the officers were Malayalis and not from any other state.

“They kept asking him why were the two families (one Hindu and the other Muslim) visiting each other’s homes,” said the minister, who is an Independent lawmaker backed by the Left Democratic Front.

“This young man who is hardly 25 years old came to me and wept and said for the first time someone made him aware of his religion for all the wrong reasons. It came as a shock to me since people in Kerala, especially in Malappuram, are known for our syncretic culture that respects one another,” the minister said. “I then informed the chief minister (Pinarayi Vijayan) about this and he too was really shocked.”

The alleged FCRA violation, still under investigation, was raised by the Opposition soon after one of the biggest gold-smuggling attempts was busted at the Thiruvananthapuram airport in July last year.

Customs officials had found 30kg of gold ingots valued at Rs 14.82 crore when they opened a diplomatic parcel from Dubai addressed to the attache of the UAE consulate in the Kerala capital.

A furore followed with the Opposition accusing the LDF government of colluding with the smugglers. It was then that the issue of Ramzan kit emerged and was probed by the customs department and Enforcement Directorate.

Jaleel attributed the racial profiling of the man to the saffronisation of investigating agencies. “They (the Centre) had posted officials with clear Sangh parivar leanings to handle this case. Otherwise the religion of any man wouldn’t have been raised, that too in Kerala,” Jaleel said.

He noted how the customs had transferred its Kerala joint commissioner Aneesh B. Rajan to Nagpur. One of the officers who started investigating the gold smuggling case, Rajan was accused of being a Left sympathiser for telling the media no one had called the airport customs to get the diplomatic baggage released.