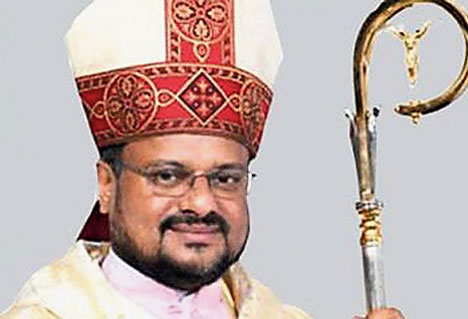 Justice Raja Vijayaraghavan dismissed the bail plea while accepting the prosecution argument that the accused, holding a high position in society will try to influence witnesses in the case, if he is granted bail.

Police said the investigation in the case is moving forward even after the arrest of the accused.

The court took note of the prosecution’s submission that the investigation in the case was at a crucial stage and more statements of fellow nuns have to be recorded before the magistrate under Section 164 of the CrPC in connection with the case.

The Bishop moved the high court after a magistrate court in Pala rejected his bail application.

He is currently under judicial remand in a sub-jail in Pala in Kottayam district.

In the nun’s complaint to the Kottayam Police in June, she had alleged that Bishop Mulakkal raped her at a guest house in Kuravilangad in May 2014 and later physically exploited her on several occasions.

The nun said she had to approach the police as church authorities did not act on her repeated complaints against the clergyman.

However, the bishop has denied the charges.