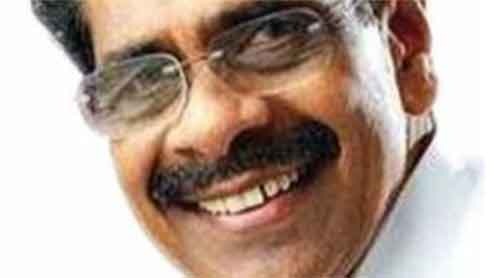 An influential Church organ in Kerala has alleged that an unofficial alliance between the Congress-led United Democratic Front and a Muslim Right-wing party led to a split in Christian votes in the recent local body polls.

The comment in an editorial in Sathyadeepam, mouthpiece of the Ernakulam-Angamaly Archdiocese, jolted the Congress into publicly promising to take note of the concerns and stressing the party’s secular credentials.

“The Christian community felt the UDF was losing its secular image with its tie-up with the Welfare Party,” the Malayalam weekly said in its latest issue on Monday.

It said this feeling had led to a sizeable division in Christian votes in central and northern Kerala.

The UDF’s informal alliance with the Welfare Party of India, political arm of the Right-wing Jamaat-e-Islami, had generated controversy from the outset.

While some leaders like state Congress president Mullapally Ramachandran had chosen to deny the arrangement, his party colleague M.M. Hassan, who is believed to have brokered the deal as UDF convener, had admitted to “adjustments”.

After the ruling Left Democratic Front won the majority of the local bodies, a blame game began within the UDF and the Congress over the association with the Welfare Party.

The Sathyadeepam editorial said the Congress would get “eclipsed” by the Indian Union Muslim League, the second-largest UDF constituent, with P.K. Kunhalikutty’s return to state politics.

“The political observation that the Congress would be completely eclipsed by the IUML with P.K. Kunhalikutty switching back to state politics has also become important,” the editorial said.

Senior Congress leader and former spokesperson Pandalam Sudhakaran admitted that such a strong expression of concern was rare from the Church.

“It’s a rare expression from the Church. But the Congress has never compromised on its secular credentials and never will,” he told The Telegraph.

“We will take these concerns seriously because the Church has historically been our well-wisher and supporter.”

Sudhakaran argued that the association with the Welfare Party was only “one of the reasons for the poll setback”, stressing that the unofficial ally’s influence was confined to small pockets in northern Kerala.

His party colleague and leader of the Opposition Ramesh Chennithala tried to deflect attention from the Church criticism, which he didn’t refer to, by alleging a secret tie-up between the Left and the BJP.

“The CPM forged a secret understanding with the BJP in the local body elections,” he told a news conference in Thiruvananthapuram.

“In trying to destroy the Congress and the UDF, the CPM is playing dangerous politics by encouraging the BJP in Kerala.”

The Sathyadeepam editorial slammed the BJP too, saying the party’s efforts to portray its Kerala unit as secular had got exposed when it returned to its communal agenda after the elections.

“By hanging a ‘Jai Sri Ram’ banner on the Palakkad municipality building, the BJP once again projected its communal agenda and proved that its attempt to present a secular image in Kerala was fake,” it said.

After retaining the Palakkad municipality, the BJP workers had unfurled a banner printed with “Jai Sri Ram” on the local body’s building, and another with pictures of Prime Minister Narendra Modi and Union home minister Amit Shah.

Several BJP workers were later booked on the charge of trying to destroy communal harmony.