Fight to liberate Nemom from ‘Gujarat of Kerala’ tag 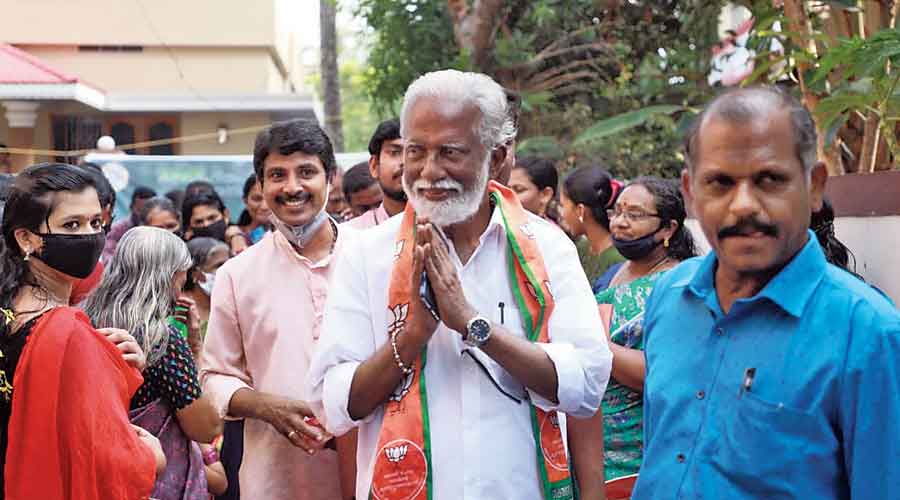 A senior BJP leader’s description of the party-held Nemom Assembly constituency as the “Gujarat of Kerala” reverberates ahead of the elections since the rest of the political spectrum has taken it as an insult to the southern state known for its syncretic culture.

With less than a fortnight to go for the April 6 Assembly polls, the Nemom constituency in Kerala capital Thiruvananthapuram has deservedly been grabbing eyeballs from all parties fighting for their share of the pie. Nemom is the sole seat represented by the BJP in Kerala.

Veteran BJP leader Kummanam Rajasekaran, who returned to state politics in March 2019 after a brief stint as Mizoram governor and is contesting the Nemom seat, is the man under fire for likening Nemom to Gujarat.

Two months after Rajasekharan said “Nemom is the Gujarat of Kerala”, the ruling Left Democratic Front and the Congress-led United Democratic Front are separately assuring the electorate that they would not allow the BJP to retain the seat.

Although Rajasekaran appeared to have made the Gujarat reference to convey that the BJP would be similarly invincible in Nemom, many had bristled at the association with the eastern state where atrocities have frequently been committed against the minorities, especially during the 2002 riots. 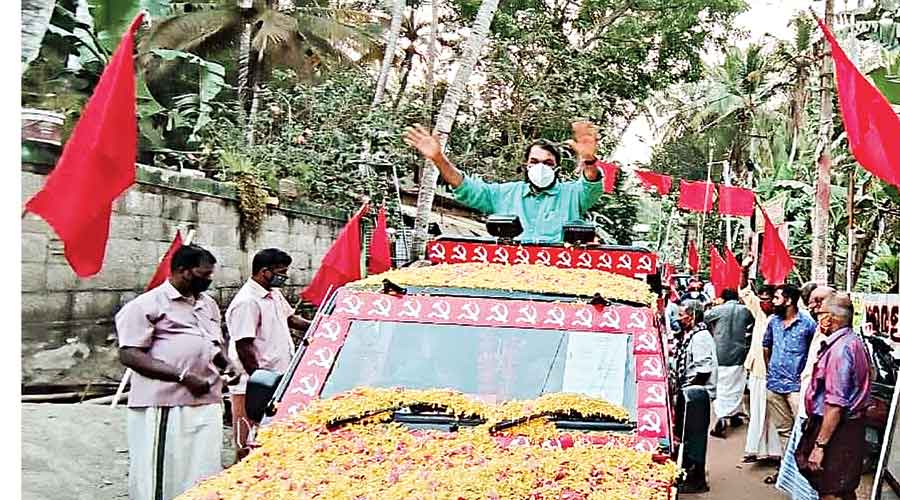 It was O. Rajagopal, now 91, who had stunned everyone by opening the BJP’s account in Kerala by unseating the CPM’s V. Sivankutty in 2016. The UDF had put up a dismal show with its candidate V. Surendran Pillai of alliance partner Janata Dal United polling just 13,728 votes.

While Rajasekharan is desperately trying to emulate his predecessor and Sivankutty is pulling out all the stops to regain the seat he had won in 2011, the Congress has defied its own diktat not to field Lok Sabha members by asking K. Muraleedharan to take the field and regain the party’s honour.

“We will not allow the BJP to convert Nemom into Gujarat, which is known for all the wrong reasons as opposed to Kerala that stands for progressive values,” Muraleedharan told The Telegraph, setting the tone for a tough triangular fight he is confident of winning.

The LDF has made a similar pledge. “We all know what the BJP did to Muslims in Gujarat. Malayalis will never allow him (Rajasekaran) to fulfil his Gujarat dream in Nemom,” Sivankutty told this newspaper.

Rajasekaran iterated his “Gujarat of Kerala” comment when this newspaper met him during his campaign in peak Kerala summer. “It is the development work of my predecessor (Rajagopal) that has helped make Nemom our Gujarat. It’s the same reason why the BJP is invincible in Gujarat.”

But certainly Gujarat is not the only topic being discussed in Nemom, an Assembly constituency part of the Thiruvananthapuram Lok Sabha seat represented by Shashi Tharoor of the Congress. Unlike in 2016, when the fight was between the LDF and the BJP, the entry of Muraleedharan has added a new dimension to a contest the whole state is hooked to.

After two consecutive losses, the Congress is back as a challenger in Nemom since, in the words of Muraleedharan, the UDF partners insisted on fielding a heavyweight unlike in the last two state polls. 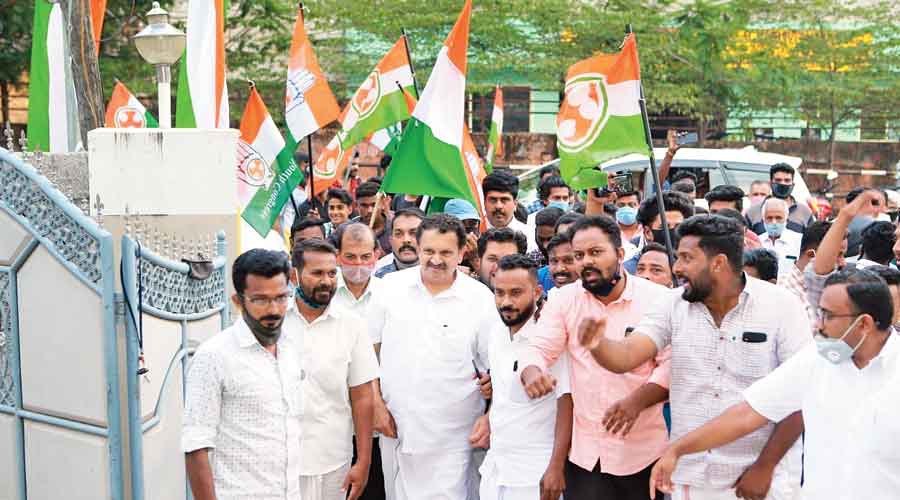 “The UDF had painted a dismal picture in 2011 and 2016 when we gave the Nemom seat to a smaller partner with no roots here,” Muraleedharan said. Socialist Janata (Democratic) that was given the ticket in 2011 had later merged with the Janata Dal United.

Muraleedharan had won from the neighbouring Vattiyoorkavu seat in 2016 by a margin of 7,446 votes against his current rival Rajasekharan.

The UDF’s performance in Nemom had since turned into a gauntlet around its neck with the LDF alleging massive “trading” of votes to help the BJP, a charge the Congress has vehemently denied. Even Pillai recently attributed his loss to the Congress “transferring” votes to Rajagopal.

“The BJP won because we fielded a weak candidate from a party with no roots here. But things are different this time,” Muraleedharan said, rubbishing such allegations.

While Sivankutty is banking on the fact that the LDF managed to keep its head high by polling 644 more votes than even the BJP in the December local body polls in the 26 wards that comprise the Nemom Assembly segment, Muraleedharan had no doubts that the UDF was coming back to power.

“The civic polls are done and dusted. We are now engaged in a fight for the state that we are going to win,” he said.