The assertion came as Gokhale made it clear that 'Article 370 is an internal issue, and we will not discuss it at UN' 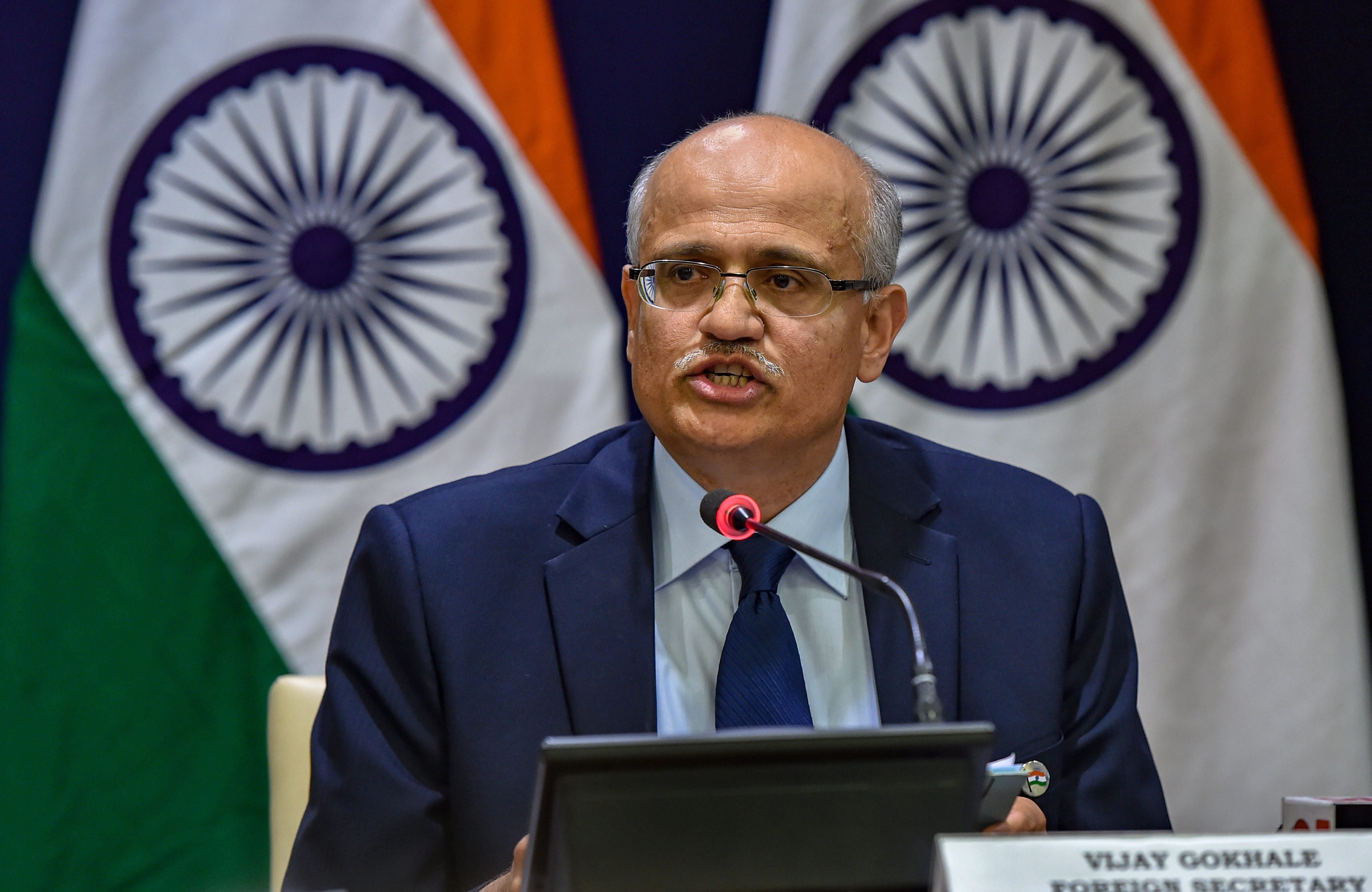 Indian foreign secretary Vijay Gokhale in New Delhi on February 26, 2019. Earlier, while briefing the media on the visit, Gokhale had said that besides Modi’s meetings at the UN, the external affairs minister (EAM) would be in New York with an entirely different schedule.
PTI
Our Special Correspondent   |   New Delhi   |   Published 19.09.19, 08:44 PM

Foreign secretary Vijay Gokhale on Thursday said Pakistan was “welcome” to raise Kashmir at the United Nations General Assembly (UNGA) but Prime Minister Narendra Modi would focus on what India has been doing as a “responsible member” for development, peace and security.

The assertion came as Gokhale made it clear that “Article 370 is an internal issue, and we will not discuss this at the UN”.

The foreign secretary was responding to questions on how India intended to counter Pakistan’s plans to embarrass it at the UNGA by raising Kashmir. “If they wish to dwell on this in the speech by their Prime Minister, they are welcome to do so, but our Prime Minister will focus on what the UNGA high level segment is meant to focus on, which is, as an important economy and a responsible member of the UN, what we are doing for development, for security, for peace,” he said.

Ahead of Modi’s departure for a weeklong visit to the US, India maintained its attitude of nonchalance over the possibility of facing questions at the UNGA on developments in Kashmir since August 5, when New Delhi changed the state’s constitutional status and redrew its map.

Gokhale was non-committal when asked if the presence of foreign minister S. Jaishankar and junior minister V. Muraleedharan at the UN to engage with groups such as the NAM, the Commonwealth, the Central American grouping SICA and BRICS, besides a broad spectrum of the UN membership, was part of India’s efforts to address likely questions on Kashmir.

Stating that there are a number of countries the leadership has not been able to visit due to paucity of time, Gokhale said the UNGA allowed such engagements. As for the agenda, he said, it would be issues of mutual interest and concern.

Earlier, while briefing the media on the visit, Gokhale had said that besides Modi’s meetings at the UN, the external affairs minister (EAM) would be in New York with an entirely different schedule. “The minister of state (MoS) will also be in New York for his own meetings and to engage groups such as the NAM, the Commonwealth, SICA and BRICS. The purpose is to ensure that the PM, EAM and MoS cover as broad a spectrum of the UN membership as possible in the three-to-four days they are in New York.”

While Modi is scheduled to leave New York immediately after addressing the UNGA on September 27 before Pakistan Prime Minister Imran Khan is to speak, India is anticipating questions from other quarters too.

The Foreign Affairs Committee of the European Parliament had raised specific concerns over the restrictions in Jammu and Kashmir and the issue had also come up at the UN Human Rights Council, currently in session in Geneva.

Apart from addressing the UNGA, the Prime Minister’s stay in New York will see him engage with several world leaders on climate change, universal health coverage and strategic responses to terrorist and violent extremist narratives.

The primary focus of the visit will be business. Modi will engage with energy majors in Houston and business leaders in New York. While the interaction with the energy majors will project India as an important market, the engagement will also see the Indian side discuss investment and other possibilities in the economic area, Gokhale said.

The purpose of the meeting with business leaders in New York, he added, is to get feedback on their business plans in India and also to demonstrate the Modi government’s “business-friendly approach in attracting investment into India”.