Kashmir has been theorising about possible plans to revoke the state’s special status, trifurcate it or to redraw its constituencies’ boundaries 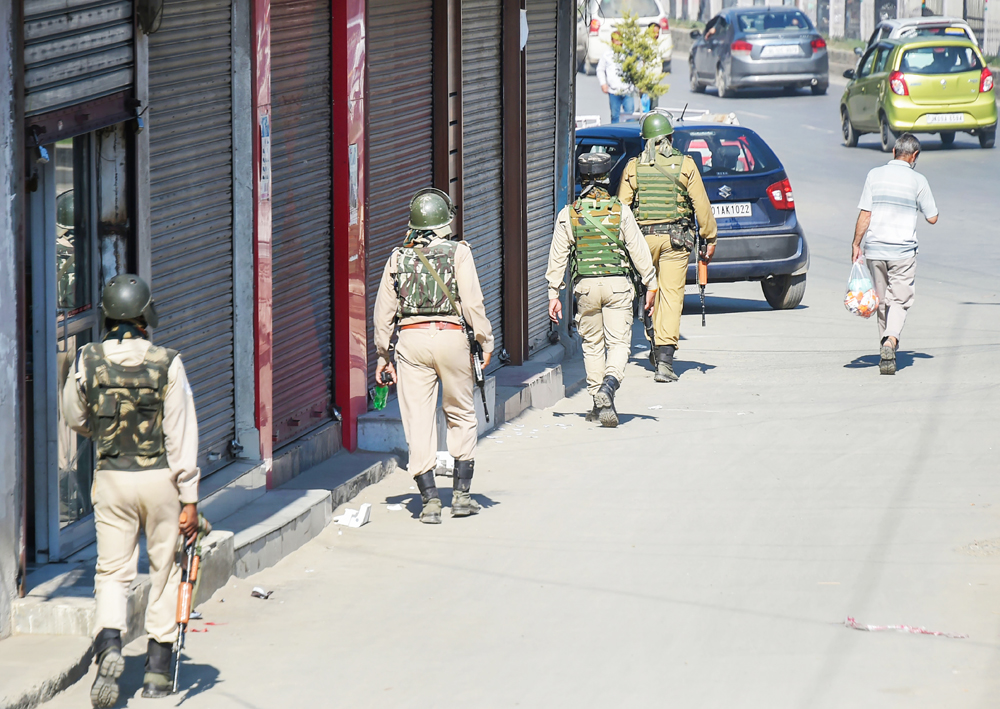 Several politicians were said to be under house arrest and a raft of restrictions hung heavy on Kashmir close to midnight on Sunday, heightening speculation that an unfathomable denouement was round the corner.

Former chief ministers Omar Abdullah and Mehbooba Mufti suggested they were about to be placed under house arrest. At least two Congress and CPM leaders were taken into preventive custody.

“I believe I’m being placed under house arrest from midnight tonight & the process has already started for other mainstream leaders. No way of knowing if this is true but if it is then I’ll see all of you on the other side of whatever is in store,” Omar tweeted around 11.30pm.

Mobile and Internet connections suffered outages in some places, triggering fears of a shutdown. Satellite phones were being provided to police officers and district magistrates.

Schools and colleges in Jammu have been asked to close on Monday as a precautionary measure, officials said.

The flurry of steps after days of build-up came in the middle of tension along the border and a declaration from Pakistan Prime Minister Imran Khan that his country was ready to respond to any “misadventure or aggression” by Indian forces.

Imran, who convened a National Security Committee meeting to discuss the sudden spike in tensions with India, sought to use the situation to nudge US President Donald Trump to intervene.

“President Trump offered to mediate on Kashmir. This is the time to do so as situation deteriorates there and along the LoC (Line of Control) with new aggressive actions being taken by Indian occupation forces,” Imran tweeted. “This has the potential to blow up into a regional crisis.”

On Saturday, Pakistan had accused India of using illegal cluster bombs and killing two civilians and wounding 11 in Pakistan-occupied Kashmir, a claim India has dismissed as “lies and deceit”.

The Indian army said Pakistani army regulars were among “five to seven” cross-border intruders killed on Saturday, a charge that Pakistan’s army and foreign office have denied.

An Indian army officer said the Pakistanis had been asked to approach with white flags and retrieve the bodies.

Kashmir has been theorising about possible plans to revoke the state’s special status, trifurcate it or to redraw its constituencies’ boundaries. Now many are conjecturing there could be an external angle too, involving Pakistan.