Kargil reports from 1999: At Drass, courage under fire 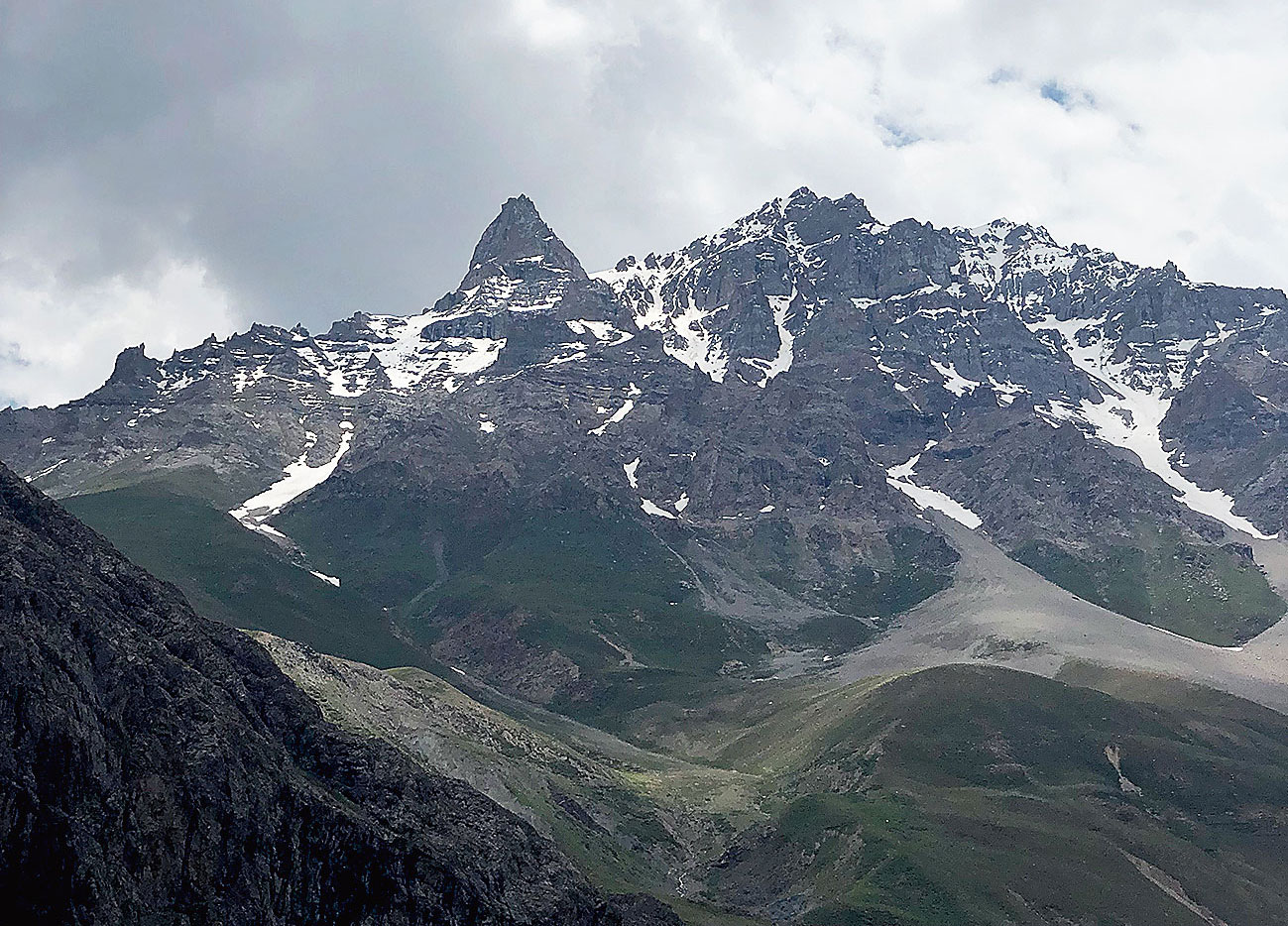 A senior army officer’s rage and expertise in ballistics has pitted the Indian Army here in the fiercest battle since Operation Vijay was launched. The assault on Phealong Peak, a rocky massif that stabs the sky between Tiger Hill and Tololing ridge, is on. In the largest toll taken on the Indian army in a single assault, 25 soldiers, including three officers, died in the attack. The toll on the other side is estimated at 15.

Unofficial reports of the battle that escalated suddenly after 8pm on Monday suggest the army has all but captured Phealong or Point 4700 — known as Kali Pahari (Black Hill). Troops were apparently given a deadline to clear the peak. The assault on Kali Pahar began after a senior army officer worked out that someone sitting on Phealong Peak was guiding Pakistani gunners as they fired from across the LoC.

“I have never seen anything like this before. Hundreds of shells were hurled by Bofors howitzers and 130mm guns at the base of the hill,” said a police officer who is a distant eyewitness. “We could see the heights lit up every few seconds. It was a clear night and the silhouette was visible. But the apex was shrouded in thick, black smoke. On the approaches to the top, there were pyres that glowed suddenly and just as suddenly died down. Those were our shells exploding. We could make out tracers. The noise was loudest around 9.30pm.” The battle continued till 6am on Tuesday.

The operation is being carried out mostly by the Rajputana Rifles (Raj Rif), the crack regiment that cleared Tololing ridge. For the past week, Raj Rif has surrounded Phealong on three sides.

There is no official word yet, but information gleaned from soldiers in the Signal Corps and with Supplies indicate that mopping up could continue through the night.

On Monday night, under a full moon, with no vegetation or boulders to provide cover, the intruders retaliated. Around midnight, some hundred Indian field guns opened fire simultaneously, lighting up the mountain in orange and red flares. The Phealong assault has provoked Pakistani gunners who intensified artillery fire in the hills just beyond Drass. 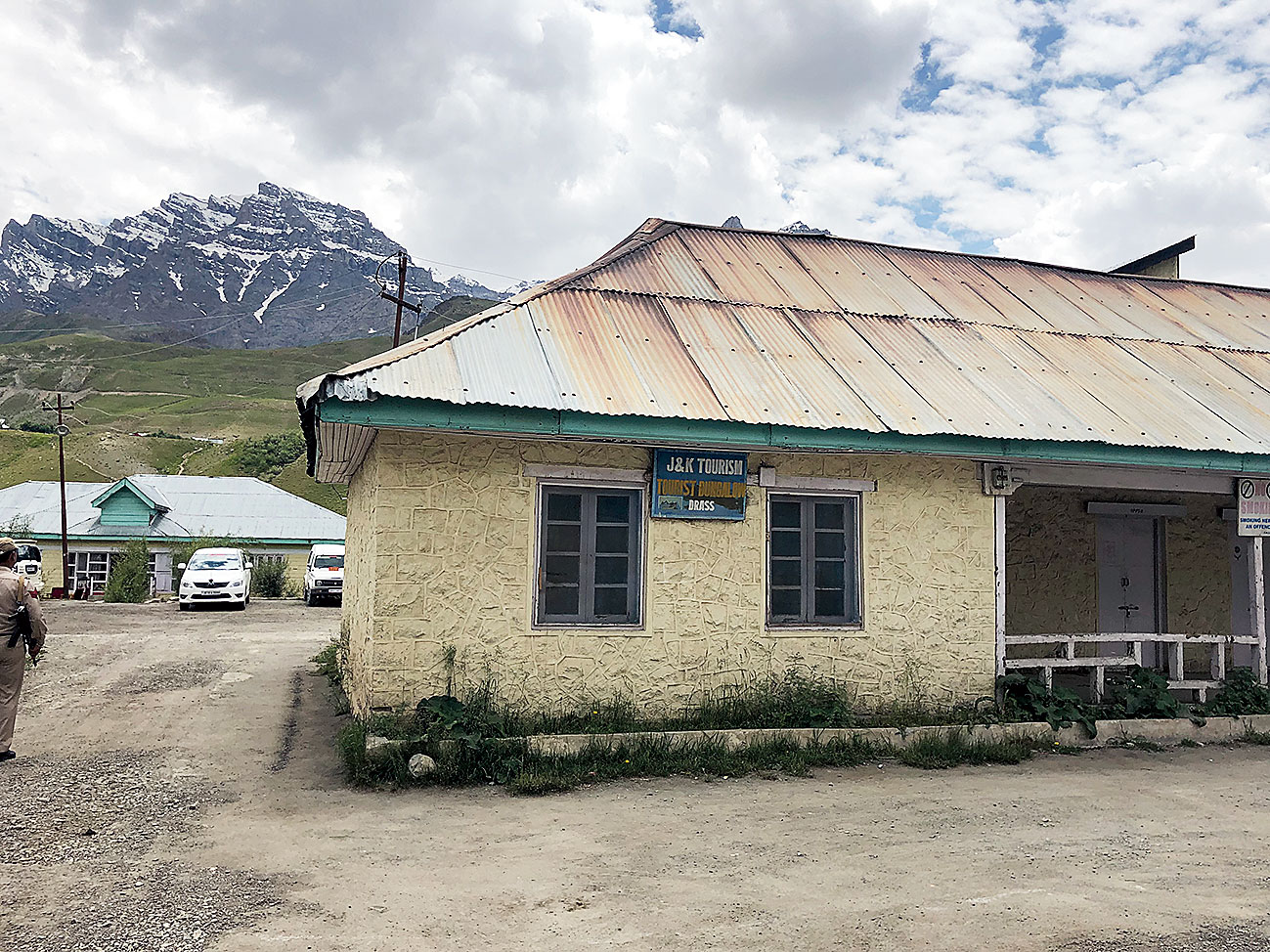 Drass tourist bungalow as it is today
Sankarshan Thakur

Kargil reports from 1999: War-time price for 3kg of rice

“Kal tak to hum unka hisaab pura kar denge,” said a Raj Rif subedar now billeted with his squad at Drass. He has two days left of a seven-day rest granted since he came down from Tololing.

There are two reasons why Phealong has not been a one-night operation: on its right flank, as seen from Drass, the mountain sticks out like a thumb. The convex cliff would challenge para-commandos, mountaineering specialists who could take the lead in the assault. On the left flank, Kali Pahari’s incline is less steep. Seen from this spot in a valley itself 10,660 feet high, the height is some 14km as the crow flies. The left flank has several horizontal folds and three humps. These recesses afford both sides cover. “We have to take it nook by nook, cranny by cranny,” said the Raj Rif soldier. A reason for the sudden assault on Kali Pahari is partly explained by an incident that may become part of military lore.

About two days ago, a senior army officer — a member of the brainstrust supervising Operation Vijay here — came to Drass town. He wanted Room No. 1 in the government tourist bungalow. But the caretaker said the room was reserved for VIPs. It was late and the officer moved to Rooms 2 and 3 in another cottage. Just as he was sitting down to dinner, an explosion made him jump out of his skin. When he went out, he saw that the structure that housed Room No. 1 was a pile of smouldering rubble. Using his artillery experience, the officer worked out that though the projectile was fired from across the LoC, the Pakistani gunner was accurate because he was directed by someone sitting atop Phealong. Within 48 hours, the army stormed Kali Pahari. It is feared that the swiftness with which the assault has been launched could mean that Kali Pahari’s capture might prove costly. But it is a job that had to be done to secure Drass and NH 1A that runs through the town.

There’s another reason. The aerial route from Kali Pahari to Tiger Hill is about 4km. It means the peaks are within firing range of each other. Every officer and footman says Tiger Hill will be the hardest to clear. The capture of Kali Pahari, whose summit is at Tiger Hill’s shoulder, will mean that Indian machine guns and mortars can target the enemy on the 5,080m peak.