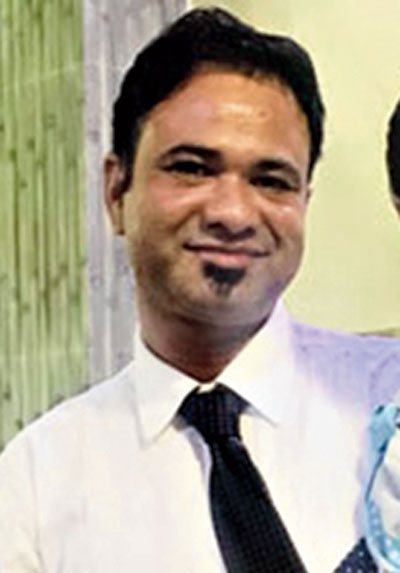 An inquiry committee set up by the Yogi Adityanath government has given a clean chit to Kafeel Khan, the paediatrician who had been portrayed by the administration as the villain of the oxygen tragedy at an Uttar Pradesh hospital two years ago that claimed the lives of 60 children in less than a week.

Over 30 children, who had been suffering from encephalitis, had died at Baba Raghav Das Medical College in Gorakhpur within 48 hours, and 60 in less than a week, because of disruptions in oxygen supply in August 2017. Khan was the superintendent of the 100-bed children’s encephalitis ward at that time.

Booked for dereliction of duty, medical negligence and corruption, he was suspended and arrested by Uttar Pradesh police. The suspension is yet to be revoked.

Khan had denied the allegations and said at that time that he had arranged for 500 oxygen cylinders with the help of local officers of the Sashastra Seema Bal to save the lives of the children.

“The committee, headed by Himanshu Kumar, the principal secretary in the stamp and registration department, has said in the report that Khan was not involved in the management of liquid oxygen at the hospital and so he cannot be held guilty,” a source in the government told reporters in Lucknow on Friday.

The report was submitted to the chief minister and the medical education department in April, but the contents had not been made public for unexplained reasons.

Khan, who had been granted bail by Allahabad High Court in May 2018 but arrested again in September that year in a forgery case, is now out on bail in both cases.

“Nobody can undo the harassment I faced for two years. I was put in jail for nine months. But I knew nobody would be able to prove the allegations against me. I am happy that I have got justice,” he told reporters in Gorakhpur on Friday and hoped that all the police cases against him would be dropped soon.

The doctor showed the purported inquiry report to journalists and said: “Adityanathji himself had set up the committee on August 22, 2017, and it took two years to prepare the report. This report was completed when I moved Allahabad High Court in March this year. The court asked the government to complete the inquiry within 90 days. Finally, the government has accepted that I was not guilty of any charge.”

Many of the infants died allegedly because of disruption in oxygen supply caused by pending payments to the supplier, Pushpa Sales Pvt Ltd, a charge refuted by the state government. The government had maintained that the children died due to various illnesses, including Japanese encephalitis, and that there was no shortage of oxygen.

Replying to a question on Khan’s claim that he had saved many children, chief minister Adityanath had said at that time: “The guilty person has been identified and he wouldn’t be spared.”