Delegation visits classrooms, labs and the students' playing area among other facilities 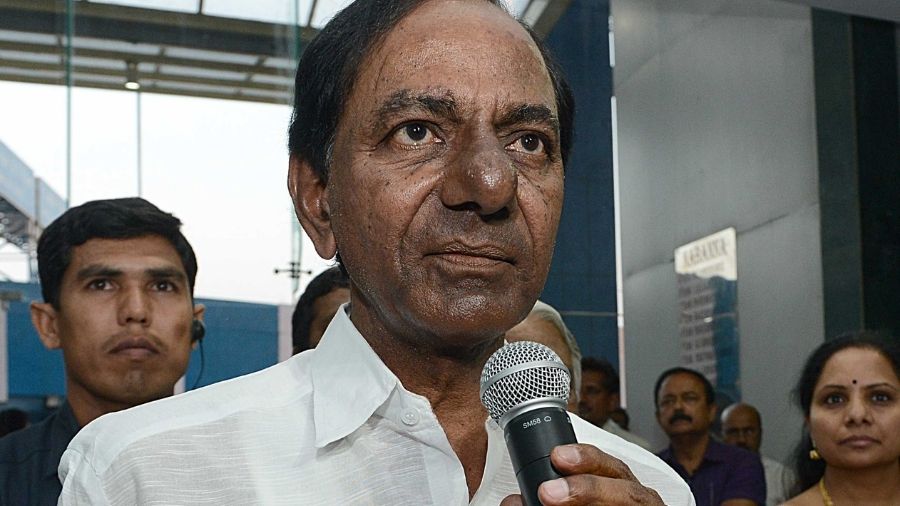 Telangana Chief Minister K Chandrashekar Rao and his Delhi counterpart Arvind Kejriwal visited a government school in the national capital's Moti Bagh area on Saturday to take stock of improvements made in the public education system by the AAP dispensation.

Rao and his party leaders were welcomed by Kejriwal and his deputy, Manish Sisodia, at the Sarvodaya Vidyalaya Senior Secondary School and given a tour of the school.

The delegation visited classrooms, labs and the students' playing area among other facilities.

Briefing Rao about the Delhi government's "remarkable improvements" in education, Kejriwal said many private school students were taking admission in government schools because of the quality of education being imparted.

"We have around 1,100 schools and nearly 18 lakh students studying in them. Earlier, this number was 16 lakh, but now, due to remarkable improvements in the education sector, many students of private schools are joining our government schools," Kejriwal told Rao.

Officials of the Delhi education department also gave a presentation regarding improvements being done in the sector by the AAP government.