The Supreme Court had on Tuesday granted bail to Kanojia 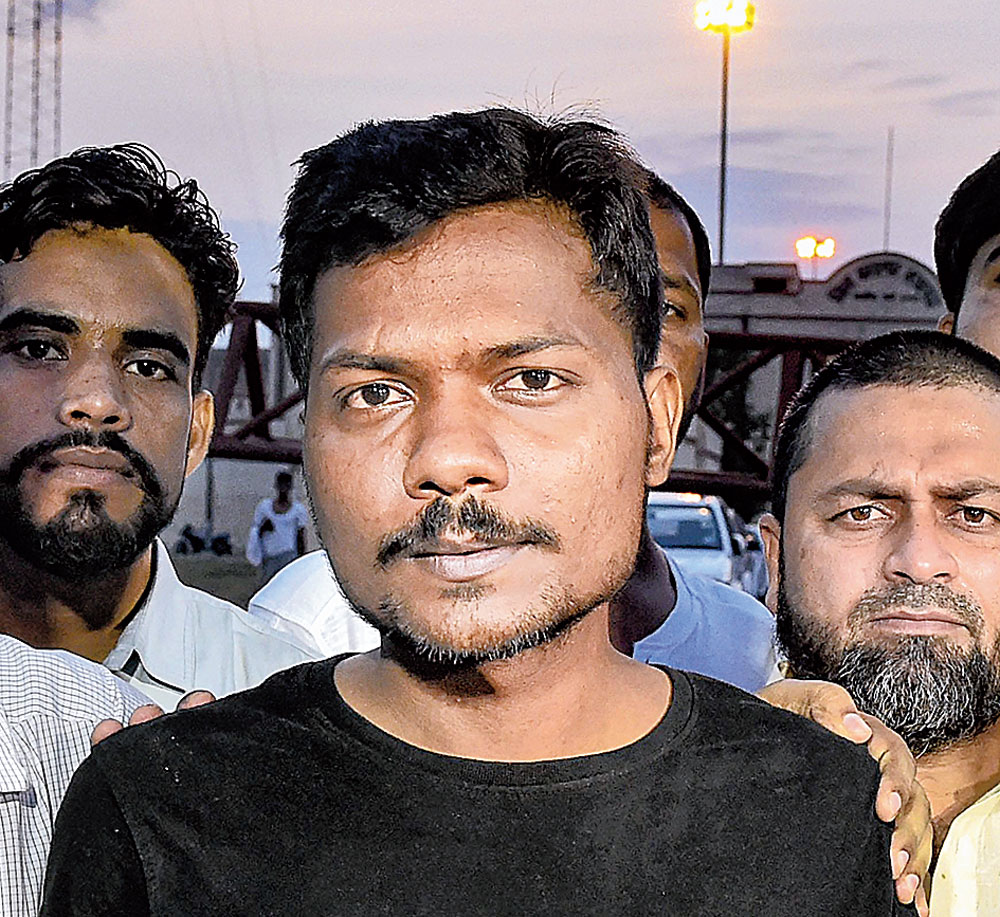 Journalist Prashant Kanojia was released from jail in Lucknow on Wednesday, four days after his arrest over tweets related to a woman’s purported marriage proposal to chief minister Yogi Adityanath.

The Supreme Court had on Tuesday granted bail to Kanojia, with a vacation bench of Justices Indira Banerjee and Ajay Rastogi observing that the right to liberty, a fundamental right, is non-negotiable.

Kanojia stepped out of the Lucknow jail wearing a T-shirt with “Deshbhakt” (patriot) written on it. When approached by PTI, his wife Jigisha Arora said: “We will not like to speak today, will speak tomorrow.”