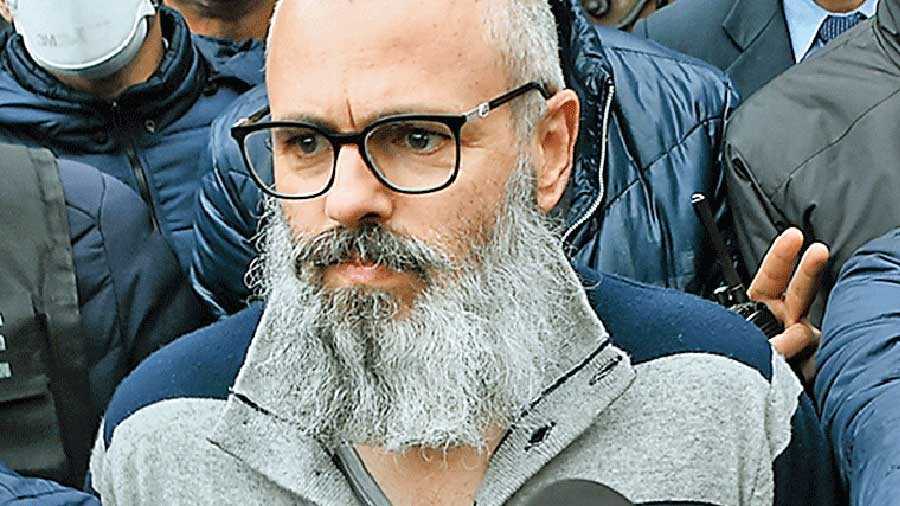 Former Jammu and Kashmir chief minister Omar Abdullah said it was not surprising to see “jobs in J&K and Ladakh” were for everyone but those in Madhya Pradesh were “exclusively for people from MP”.
File picture
Muzaffar Raina   |   Srinagar   |   Published 19.08.20, 04:56 AM

When Madhya Pradesh chief minister and BJP veteran Shivraj Singh Chouhan declared on Tuesday that government jobs would be given only to “the children of the state”, it touched a raw nerve and struck a note of irony in Kashmir.

Until the middle of last year, Jammu and Kashmir had enjoyed a special status that gave exclusive rights to its residents over land and jobs. After August 2019, the Narendra Modi government scrapped the special status and threw open jobs in the Union Territory to certain categories of outsiders.

“This double standard exposes the duplicity and reflects the insensitivity in handling a border state like Jammu and Kashmir,” he added.

“While states like Nagaland & MP are moving towards semi autonomous status & exclusive rights for locals, J&K entitled to all of this constitutionally has been robbed because it is Muslim dominant. BJP’s Flag of India has no place for minorities, hence validating Jinnah’s two nation theory,” Iltija tweeted.

Former Jammu and Kashmir chief minister Omar Abdullah said it was not surprising to see “jobs in J&K and Ladakh” were for everyone but those in Madhya Pradesh were “exclusively for people from MP”.

A National Conference spokesperson asked why integration was not an issue for the Madhya Pradesh chief minister.

The NC spokesperson said: “J&K has an undulating topography. There is no vibrant private sector. The government is the major employment provider. This window of opportunity has also been closed for the natives….”

BJP spokesperson Arun Gupta defended Chouhan’s decision and said domicile certificates took care of local sentiments in Jammu and Kashmir. “Anybody who has stayed in Jammu and Kashmir for seven years or who has given exam for 10th or 12th will be considered a local resident…. Somebody just coming from outside and taking jobs is what has been reserved and preserved (for domiciles).”