Delhi High Court had banned protests by students near administrative building; MPs were addressing a meeting 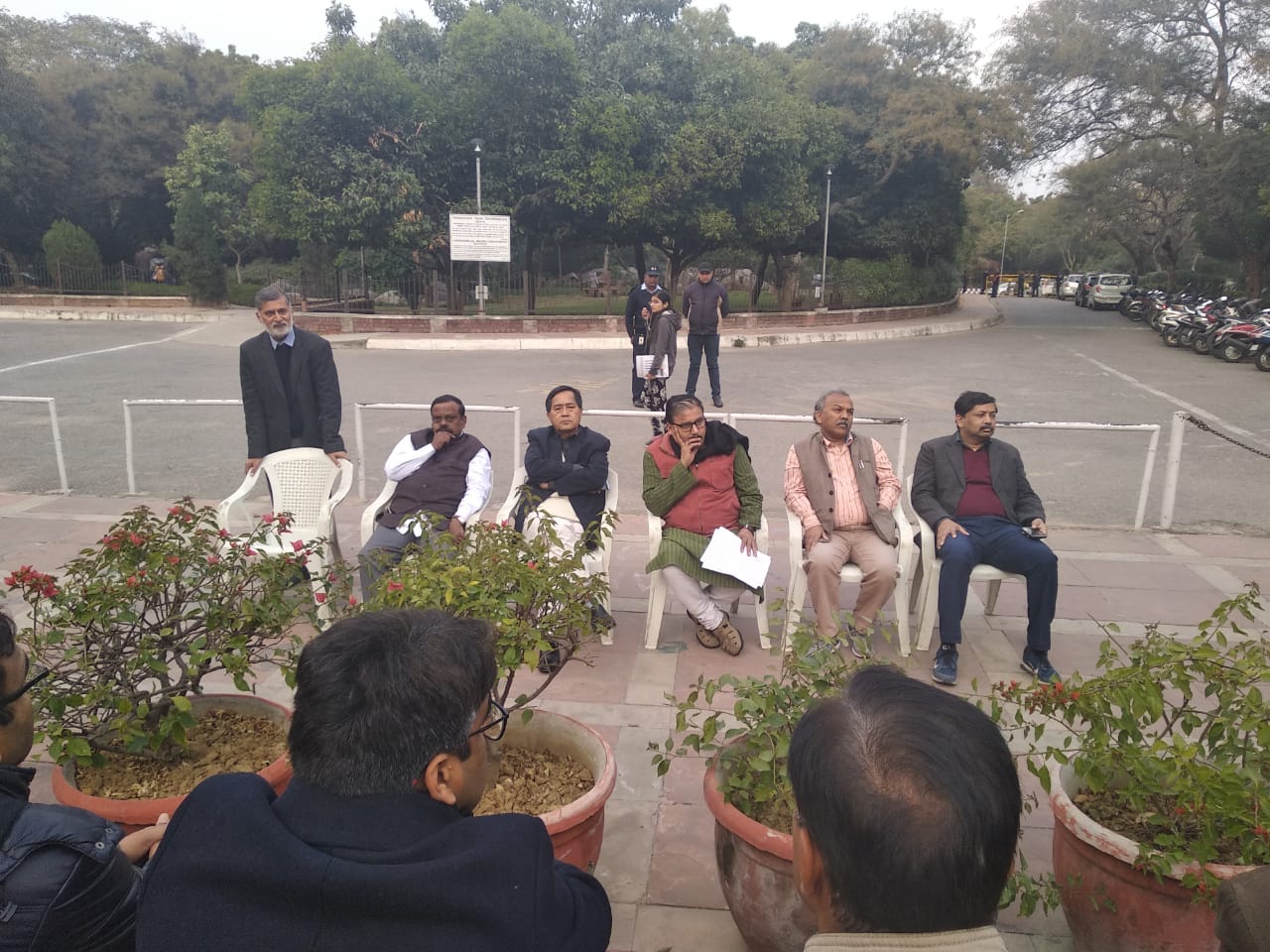 The Jawaharlal Nehru University (JNU) administration on Thursday wrote to Vice-President Venkaiah Naidu and Lok Sabha Speaker Sumitra Mahajan complaining that some MPs had violated a court order against protests near the campus’s administrative building.

The Congress’s L. Hanumanthaiah, the CPM’s Jitendra Choudhary and the RJD’s Manoj Jha addressed a meeting of the JNU Teachers Association on “Dilution of Reservations in Public Education” on Thursday.

Teachers, students groups and political leaders held a rally in the capital against a new system of department-wise recruitment of teachers in which the first three posts would go to unreserved groups, the fourth one to an OBC, the seventh post to an SC and the 13th to an ST. This has led to a huge drop in the number of candidates being selected from reserved categories.

In 2017, Delhi High Court banned protests by students within a 100m radius of the administrative building.

In the letters in which only Jha and Choudhary have been named, JNU’s registrar-in-charge P. Ajai Babu wrote to the presiding officers of both Houses of Parliament to “seek your guidance on (the MPs) honouring the court order and the university rules”.

The identical letters say: “…what is shocking and unexpected is that the JNUTA office-bearers misled the honourable Members of Parliament and brought them to protest at Administrative Building which has been prohibited by the Hon. High Court for any kind of protest and dharna.”

JNUTA secretary Avinash Kumar pointed out that the high court ban only applied to students and not teachers or MPs, who gave a lecture and did not stage a dharna.

He said in a statement: “By making a false statement — and getting someone who is not even the Registrar to sign it, JNU VC is insulting the parliament and the high constitutional offices to which the letter is addressed.”

At the meeting, MP Jha, a Delhi University professor, said: “The 13-point roster (new recruitment formula) will change the character of every university in a regressive manner. The kind of freedom, diversity and pluralism we have here and other universities will go away probably in less than five years.”