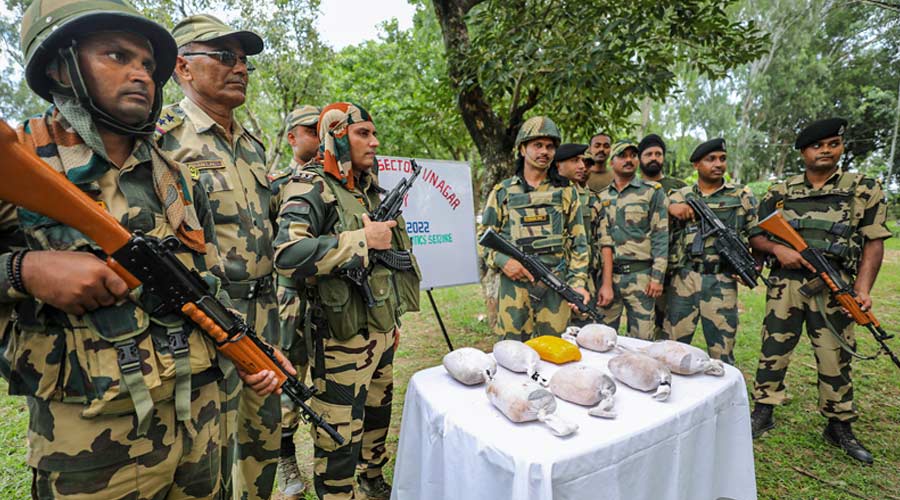 Border Security Force (BSF) personnel display eight packets of narcotics, suspected to be heroin, recovered during a search operation, in Samba, Thursday, Aug. 25, 2022. The troops shot at a Pakistani intruder foiling a bid to smuggle narcotics from across the border in the early hours of Thursday.
PTI Photo
PTI   |   Jammu   |   Published 25.08.22, 09:30 AM

BSF troops foiled a major bid to smuggle narcotics from across the border and shot at a Pakistani intruder in Jammu and Kashmir's Samba district on Thursday, officials said.

According to a public relations officer of the Border Security Force (BSF), the alert troops noticed suspicious movements of a man near the Chilliyari border outpost along the international border (IB) in the early hours. The man was carrying a bag.

The troops opened fire, resulting in injuries to the intruder, the official said.

Following a search operation, eight packets containing about eight kg of narcotics, likely to be heroin, were recovered, he added.

The official said the injured intruder managed to crawl back to the Pakistani side.