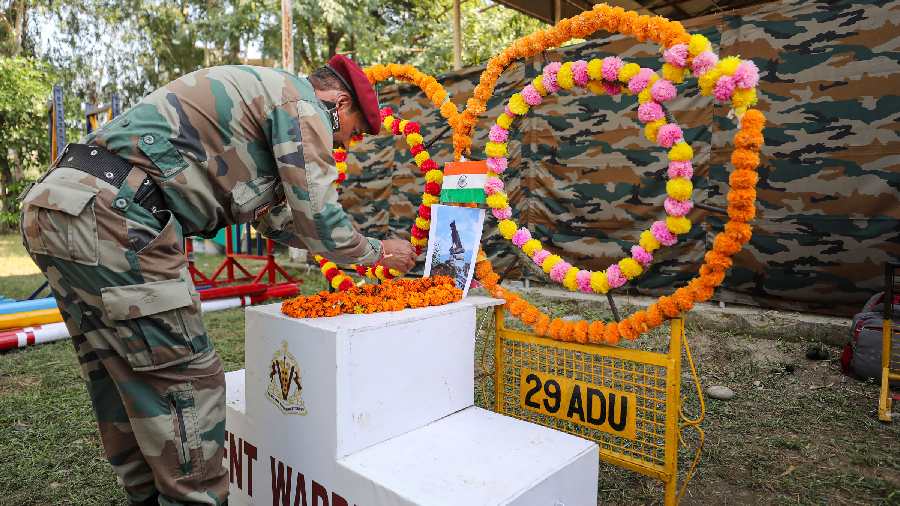 Army on Friday paid rich tribute to its canine warrior 'Zoom', who succumbed on Thursday to gunshot injuries received during an encounter in Anantnag district of Jammu and Kashmir earlier this week.

However, the intrepid canine in the process suffered two gunshots, he said.

Despite being injured, Zoom located the other hiding terrorist and returned from the target area, and fainted due to severe blood loss.

His action galvanised the team to speedily serve justice to the two LeT terrorists, the PRO said.

The canine trooper was subsequently immediately evacuated to Army Veterinary Hospital in Srinagar, where he fought till the very end. He breathed his last at 11:50 AM on Thursday.

The Army canine was an invaluable member of the Chinar Warriors. Despite his young age of two years, Zoom was a veteran of multiple counter-terror operations, where he had distinguished himself with his energy and courage, Col Musavi said.

In Zoom, Chinar Corps has lost a valiant team member, who will inspire all ranks to undertake their task with humility, dedication and courage, he added.