BJP leading in both states 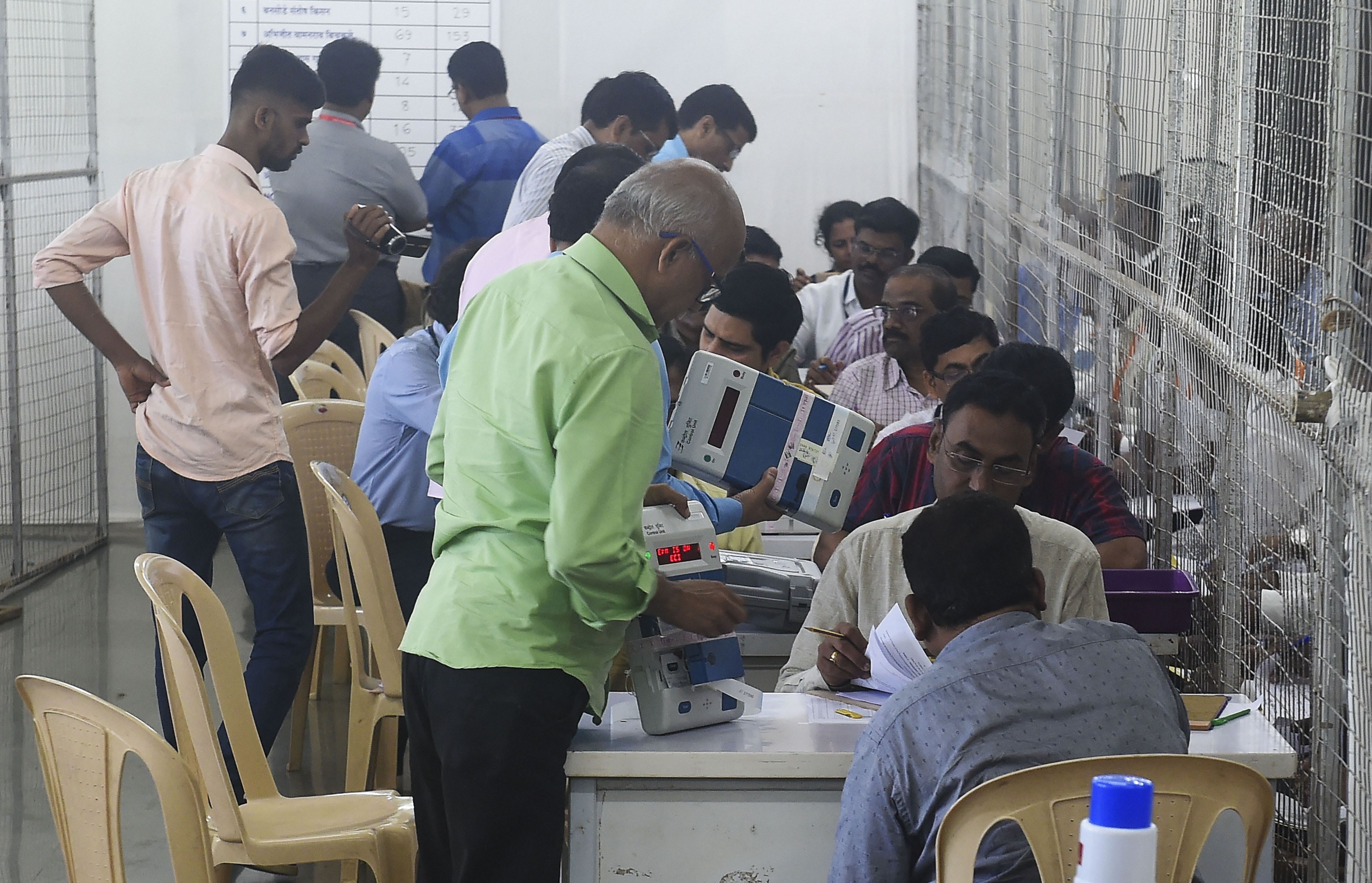 The Election Commission has announced that the BJP is leading in 40 of the 90 seats in Haryana, while the Congress is leading in 25.

The Jannayak Janata Party in Haryana is ahead in 11 seats and a possible win in these constituencies would make it a crucial player in government formation.

In Maharashtra's 288 seats, the BJP is ahead in 99 and the Congress in 40. Ally Shiv Sena is ahead in 60. While the BJP's target of reaching 200 seats may not be realised, the BJP and Shiv Sena together look to surge ahead of the majority figure of 145. Some leaders in the Shiv Sena camp, which has done better than expected, have started saying that they expect a 50-50 distribution of power.

The BJP went into the Assembly elections with a campaign on Article 370, but winning 200 seats with the Sena looks like an uphill task. In Haryana, the BJP is far from its 75-seat target. All this has led to speculation in TV studios and elsewhere on how the party would have fared without its Article 370 campaign plank, although there is ample indication in the current leads that little can stop the party from forming governments in both the states.

In the northern state, the majority figure is 46 and the BJP may fall a few short. In Maharashtra, the BJP is staring at some defeats of big-ticket faces.

While Haryana chief minister Manohar Lal Khattar of the BJP has established a lead of 7,047 votes, former chief minister  Bhupinder Hooda is ahead in the Garhi Sampla-Kiloi seat by 8,505 votes.

Hooda exuded confidence that the Congress would form a government.

JJP leader Dushyant Chautala took a swipe at the BJP's Mission 75 campaign, saying they would fall way short of their target of 75 seats.

Chautala said no party would be able to form the government on its own, and added that the JJP will hold the key to formation of the next dispensation. 'People of Haryana want change,' he told reporters.

Most of the exit polls had predicted a comfortable victory for the BJP, which came to power for the first time on its own in Haryana in 2014.

Haryana minister Anil Vij, a five-time legislator from Ambala Cantt, was said to be leading from his constituency in early trends, while finance minister Capt Abhimanyu was trailing in his Narnaund constituency to the JJP's Ram Kumar Gautam.

Congress candidate Ranbir Singh Mahendra was trailing from Badhra constituency, where the JJP's Naina Chautala is ahead.

Former Indian hockey captain Sandeep Singh of the BJP was ahead from Pehowa, as per early trends.

Another sportsperson fielded by the BJP, wrestler Babita Phogat, was ahead in Dadri constituency.

Raj Kumar Saini, chief of the Loktanter Suraksha Party, was ahead in the Gohana seat.

In Maharashtra, however, early trends suggest the BJP-Shiv Sena's return to power, although Sharad Pawar's NCP, a Congress ally, seems to have fared better than expectations. It leads in 53 seats, according to the latest poll panel data.

Independents are ahead in 15 seats in Maharashtra.

The BJP's Udayanraje Bhosale is trailing behind NCP nominee Shriniwas Patil by 10,000 votes in the Satara Lok Sabha seat bypoll after the first round of counting.

Shiv Sena's Aaditya Thackeray has established a comfortable lead in the Worli Assembly constituency in his electoral debut. The 29-year-old Thackeray scion is pitted against NCP's Suresh Mane.

Leader of Opposition in the Legislative Council Dhananjay Munde was leading his rival and BJP minister Pankaja Munde by 9,540 votes in Parli.