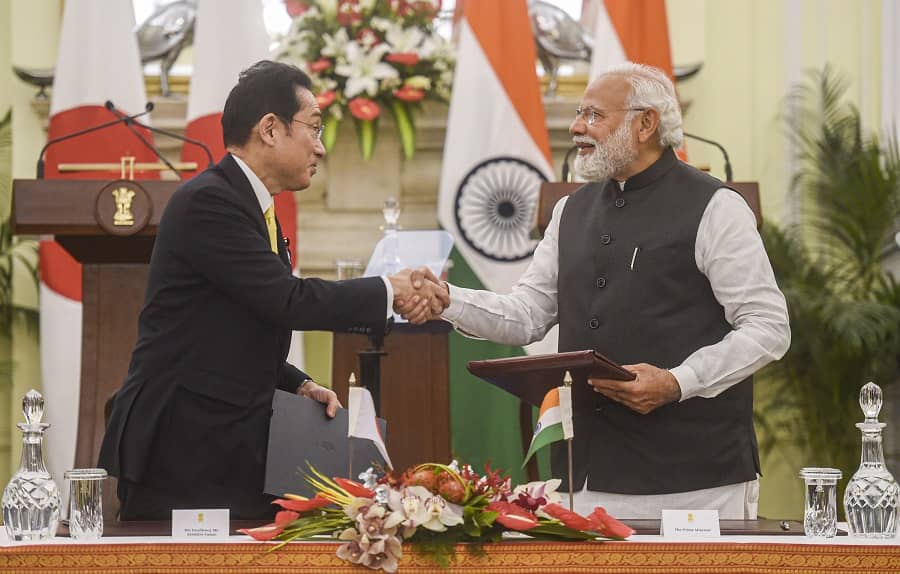 Japan on Saturday announced an investment target of five trillion yen (Rs 3,20,000 crore) in India in the next five years following talks between Prime Minister Narendra Modi and his Japanese counterpart Fumio Kishida.

The two sides inked six agreements providing for the expansion of bilateral cooperation in a range of areas, besides firming a separate clean energy partnership.

At a joint media briefing, Modi said deepening India-Japan ties will not only benefit the two countries but will also help in encouraging peace, prosperity and stability in the Indo-Pacific region.

Kishida said the situation in Ukraine following the Russian invasion figured in the talks and described Moscow's actions against the eastern European country as a serious matter that has shaken the basis of international norms.

Unilateral attempts to change the status quo using force should not be allowed, he said.

Modi said India and Japan understand the importance of a secure, trusted, predictable and stable energy supply and that both sides are determined to expand overall cooperation.