The intention was to calm nerves, but the administration's statement spoke of fears of large-scale militant violence during the elections. 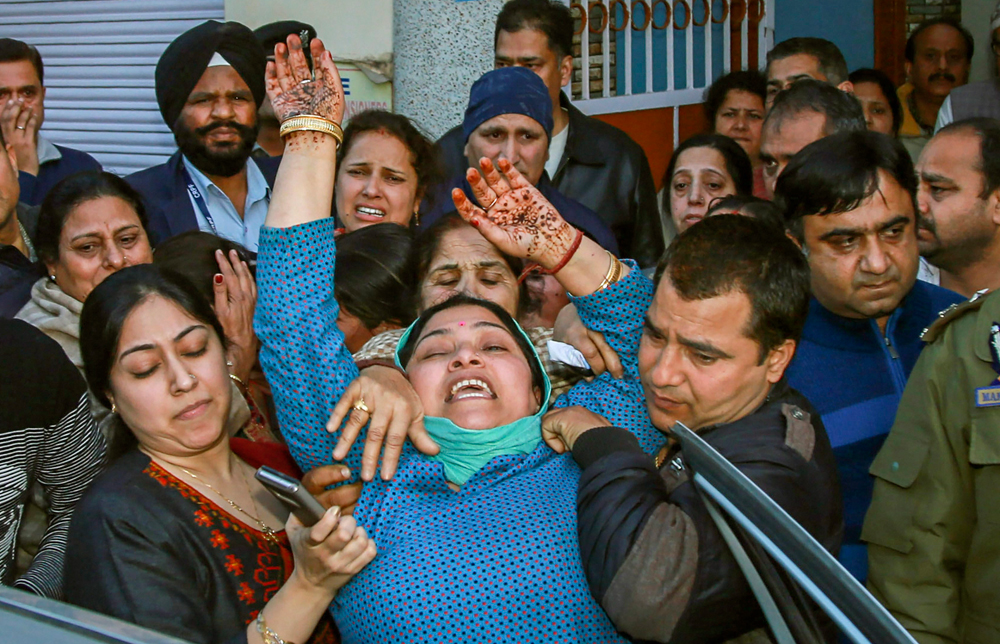 The Jammu and Kashmir administration scrambled on Sunday to defuse the charged atmosphere after troop reinforcements and speculation linked to the fate of special rights spread panic.

An official spokesperson said governor Satya Pal Malik, the administrative head of the state now, made it clear that the deployment of 10,000 more troops on Saturday was solely for the peaceful conduct of the general election and “no other cause” should be attributed.

Simultaneously, the administration sought to scotch speculation that Article 35-A of the Constitution, which allows only permanent residents of the state to acquire immovable property, would be scrapped even before the Supreme Court took a decision.

The administration named a senior officer as the official spokesperson for better coordination with the people, probably realising that the information vacuum on Saturday had backfired.

The administration appeared stung by questions that suggested the contingency measures had created an impression that preparations were under way to wage a war against the people of Kashmir. People’s Democratic Party leader Naeem Akhtar asked the government to explain “whether such measures were a prelude to war against Kashmir and its citizens”.

Rohit Kansal, a principal secretary designated on Sunday as official spokesperson, said: “The stand of the state government on the request of deferment of hearing on Article 35-A in the Supreme Court remains the same as requested by them on February 11.”

Earlier this month, the state administration had told the Supreme Court, which is scheduled to hear a challenge to the validity of Article 35-A, that the “matter may kindly be heard when an elected government is in place”.

The Valley had on Saturday witnessed frenzied panic buying and a spontaneous shutdown after the Centre decided to send 10,000 paramilitary forces. Authorities here followed it up with arrests of separatists, cancellation of doctors’ leave and orders to hospitals to stock medicines and surgical items.

On Sunday, the administration said the directives were aimed at addressing shortages caused by the disruption of a highway.

On Sunday, the Valley observed a shutdown against purported attempts to scrap the article, and curfew-like restrictions remained in place in the old city to prevent violence.

An official spokesperson said governor Malik chaired an informal meeting of the high-powered State Administrative Council to review the situation.

Although the administration’s intention was to calm nerves in the state, its statement spoke of fears of large-scale militant violence during the elections.

The spokesperson said the governor had been told that “after the Pulwama incident, the security concerns in this regard are much higher with the possibility of terrorist organisations increasing their activities against candidates and voters on a much larger scale”.

The spokesperson said 40,000 additional troops were deployed in the state during the recent local body polls. But following the Pulwama attack, “a much larger number of additional police forces are needed for conducting the general election”. “It is in this context that 100 companies of Central Forces are being inducted into the state at the moment. This is less than the actual additional forces required and more would be inducted in the coming weeks,” he said.

But there was no explanation why poll-related reinforcements were put in place even before the election schedule has been announced. Additional troops for polls are normally inducted around a month ahead of the polls.

The spokesperson attributed the instructions to hospitals to increase availability of medicines to shortage of supplies caused by prolonged disruption of the Srinagar-Jammu national highway. On Saturday, the government made no mention of dearth of medicines. The government has not explained why doctors’ leave was cancelled.

The government played down the attacks on Kashmiris outside the Valley following the Pulwama attack, blaming the media for playing up “a few scattered incidents”.