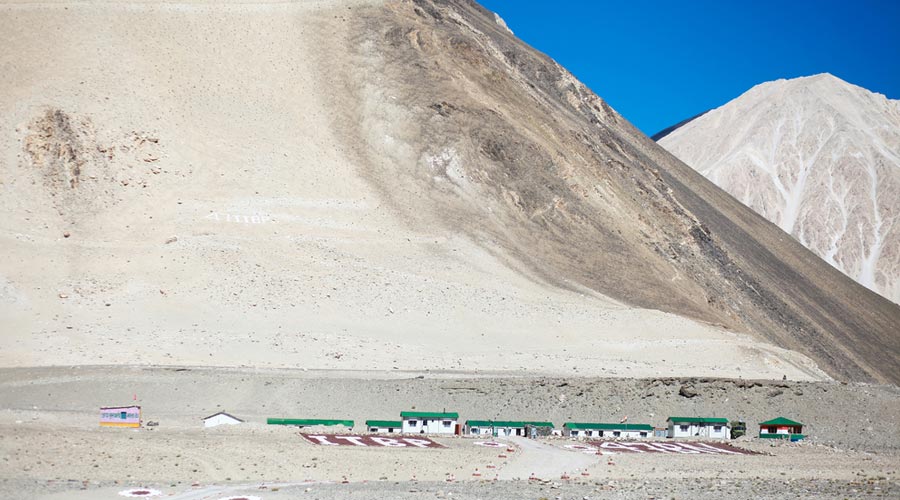 Traditionally, road construction projects along these areas are carried out by the Border Roads Organisation (BRO), the Central Public Works Department (CPWD) and other such agencies.
File picture
Our Bureau, PTI   |   New Delhi   |   Published 07.11.21, 04:15 PM

The Indo-Tibetan Border Police (ITBP) has taken a first-time decision to deploy its specialised engineering wing for constructing certain roads and foot tracks along the Line of Actual Control to speed up connectivity projects with its posts in Ladakh and Arunachal Pradesh.

The move, which was approved by the Union home ministry, comes amid a military standoff with China in the eastern Ladakh area.

Official sources told PTI that the border force, ITBP, has taken up the "challenge" to construct four out of the 32 roads under phase-II of the Indo-China Border Roads project and two out of the total 18 foot tracks sanctioned to it by the government.

They said the roads of varying lengths of about one to two kilometres, connecting ITBP border posts in the Himalayan ranges, are in the Ladakh region's 3,488-km-long Line of Actual Control (LAC) with China while the foot tracks, which are used by troops during patrols, are in the Arunachal Pradesh area.

The engineers and supervisors of the ITBP wing will "plan and monitor" the entire work, and a ground force comprising labourers and masons will be hired according to government norms, sources said.

Traditionally, road construction projects along these areas are carried out by the Border Roads Organisation (BRO), the Central Public Works Department (CPWD) and other such agencies.

Officials said the engineering wing of the force, an essential component of the ITBP since its raising in 1962, has been roped in for the task in order to speed up the border posts connectivity work.

In these high-altitude and remote areas, getting contractors and construction workers is not that easy and hence, the work of border road construction remains slow, an officer explained.

The government has stressed on the need to ensure connectivity through roads so that rations, transportation of troops and other logistics along the LAC can be easily moved. Therefore, this maiden attempt of engaging the ITBP engineering wing has been made, he said.

Currently, the government has initiated the phase-II of the Indo-China Border Roads (ICBR) project that covers several roads, foot tracks and border posts.

The first phase of ICBR was launched in 2005 under the overall supervision of the Ministry of Home Affairs (MHA) and work on a number of roads, helipads and troop bases of this period is underway.

According to official data, 538.50 kilometres of road have been laid along the China border till November last year. Union Minister of State for Home affairs Nityanand Rai had recently said during the 60th ITBP raising day on October 24 that the process to sanction new border battalions for the ITBP is in the "last stages".

He was referring to the last year central government sanction of 47 new border posts and a dozen staging camps (operational bases for troops undertaking border patrol) to the mountain-warfare trained paramilitary force.

The about 90,000 personnel-strong ITBP was raised in the aftermath of the 1962 Chinese aggression.