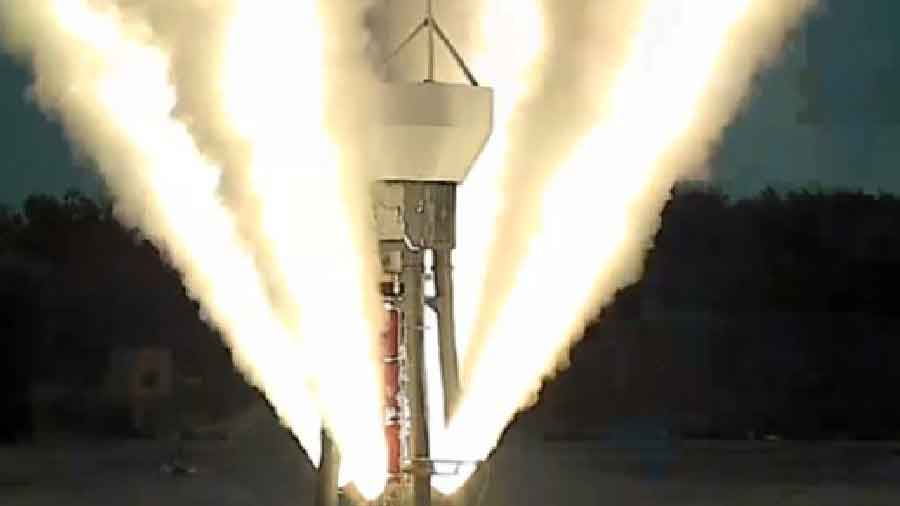 An important milestone in the planned human spaceflight project Gaganyaan was completed on Wednesday with the successful test-firing of the Low Altitude Escape Motor (LEM) of crew escape system from Sriharikota spaceport, space agency ISRO said.

The crew escape system takes away the crew module of Gaganyaan mission in case of any eventuality and rescues the astronauts, the Bengaluru-headquartered Indian Space Research Organisation (ISRO) said in a statement.

In case of aborting the mission during the initial phase of flight, LEM provides the required thrust to the crew escape system to take away the crew module from the launch vehicle, it said.

The main objectives of the static tests are to evaluate motor ballistic parameters, validate motor subsystem performance and confirm the design margins and to validate the integrity of all interfaces, among others, the space agency said.