No, no, no. It is not a setback. We were only marginally short in the end, says former ISRO chairman 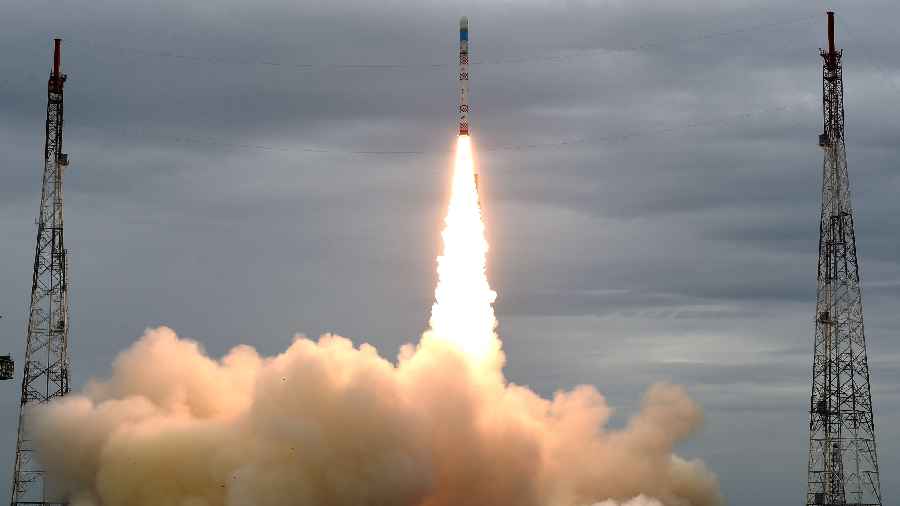 The failure of India's newest rocket to put small satellites in orbit was not a setback and the space agency will soon attempt another flight, Space Commission member A S Kiran Kumar has said.

Kumar was commenting on the failure of the first demonstration flight of Small Satellite Launch Vehicle (SSLV) to put an earth observation satellite (EOS2) and AzaadiSat, built by girl students from across the country, into the desired orbit on Sunday.

"No, no, no. It is not a setback. We were only marginally short in the end," Kumar, a former Chairman of the Indian Space Research Organisation (ISRO) told PTI on the sidelines of the Kalaari-Indian Space Association Networking Meet here.

Kumar, who was present at the Sriharikota spaceport for the Sunday launch, said all the three stages of ISRO's newest rocket performed well and the primary objectives of the launch vehicle were demonstrated well.

"It is a question of tweaking certain parts, the way it is operated and the way decisions are made. Very soon they will be attempting the next flight," he said.

Kumar said the SSLV was significant because satellites were now becoming smaller and the new rocket could help India get a share of the small satellite launch market.

"All the stages performed well. We were only marginally short in the end. The satellites were placed in an orbit of 350 km x 70 km instead of a circular orbit of 350 km. It is a marginal fault, but then it is a lesson for understanding," Kumar said.

ISRO scientists have said that the velocity trimming module, the liquid propulsion-based terminal stage of the launch vehicle, failed to ignite due to sensor failure.

ISRO Chairman S Somanath had said on Sunday that an expert committee has been formed to identify the 'specific' problem and undertake a detailed evaluation in days to come.

SSLV placed the 135-kg EOS-02 and the co-passenger satellite AzaadiSAT, a 8U Cubesat weighing around eight kg into an highly unstable elliptical orbit. Both the satellites crashed into the sea soon after being placed in orbit.