Budget reinvents meaning of interim with tax and farm sops 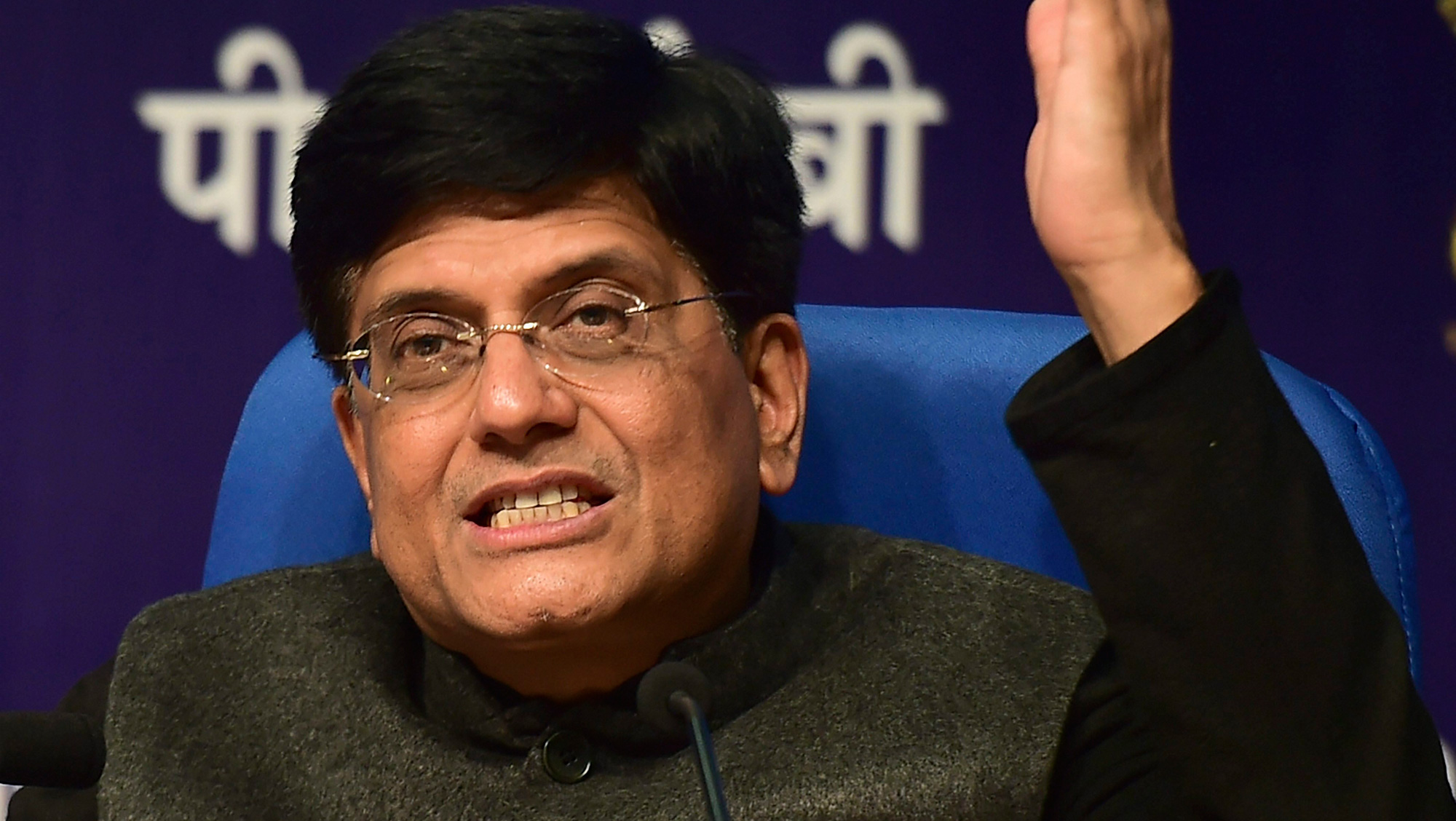 The Narendra Modi government on Friday broke with over 70 years of parliamentary convention and used an “interim” budget to sharpen its sickles in an attempt to harvest votes in the general election.

Individuals with a taxable income up to Rs 5 lakh a year will no longer have to pay taxes. The additional tax deductions mean that salaried taxpayers with an income up to Rs 9.75 lakh may tumble out of the tax net.

Stand-in finance minister Piyush Goyal offered a direct cash support of Rs 6,000 a year — to be paid in three instalments — to small farmers with a landholding of up to 2 hectares in an effort to quell the growing farmer unrest over depressed rural incomes. The government will fork out Rs 20,000 crore this financial year for the programme, called Pradhan Mantri Kisan Samman Nidhi. The cost in a full year will be Rs 75,000 crore.

Goyal announced a monthly pension of Rs 3,000 for unorganised workers aged above 60 that will cover migrant labour and household help. Under the contributory pension scheme, workers with a monthly income of less than Rs 15,000 will have to contribute a small amount till they turn 60. The government has set aside Rs 500 crore for the scheme this year.

The salaried class has got some relief with the increase in the standard deduction. The threshold for tax deduction at source on the interest from fixed deposits with banks and post office deposits has been raised from Rs 10,000 to Rs 40,000. People with second homes will no longer have to pay tax on a notional rental income.

No previous administration has ever loaded an interim budget with tax and cash lollies, exercising the restraint in deference to a convention and preferring instead to articulate intentions and outline the programmes they would implement if voted back into office.

The Modi government thumbed its nose at tradition and decided to put out a document that could turn a post-election budget into a tiresome, prosaic ritual if it storms back to power.

Minister Arun Jaitley, who gave up the finance portfolio temporarily for treatment in New York, said precedents existed. Although some indirect taxes had been changed in earlier instances, few could recall revisions in direct taxes such as the income tax in interim budgets. Jaitley rejected the “artificial distinction” between direct and indirect taxes.

The cash handout to farmers drew sharp criticism from opponents of the BJP and farmers who felt crumbs were being thrown their way.

Congress president Rahul Gandhi tweeted: “Five years of your incompetence and arrogance has destroyed the lives of our farmers. Giving them Rs 17 a day is an insult to everything they stand and work for.”

“The historic Rs 6,000 a year for a family of five translates into Rs 3.30 per day. This is even lower than MNREGA or old-age pension scheme,” tweeted Yogendra Yadav.

“This is a jumla (airy-fairy promise). We lose Rs 25,000 per hectare every rabi or kharif season because market prices are lower than the government-announced support prices, and they say they will compensate us by doling out Rs 2,000,” said Raju Shetti, MP and leader of the Swabhimani Shetkari Sanghatna, a farmers’ movement in western India.

Others pointed out that Telangana was paying Rs 8,000 a year to all farmers while Odisha had a scheme that offered Rs 10,000 to small farmers and Rs 5,000 to sharecroppers.

“The government has gone beyond what an interim budget should be…. This is a typical election budget, high on populist expenditure and deficit funding and low on how to generate revenues to fund the new schemes being taken up or compensate for the taxes foregone,” said M. Govinda Rao, former member of the Prime Minister’s Economic Advisory Council.

How many voters will fall for the sugar-coated bait?

The big giveaways in the interim budget will raise the fiscal deficit in the financial year ending March 31 to 3.4 per cent, slightly higher than the targeted 3.3 per cent. The deficit next year has also been capped at 3.4 per cent instead of the promised 3.1 per cent, which drew an immediate warning from credit rating agency Moody’s.

Moody’s rates India at “Baa2” with a stable outlook and has not indicated that it intends to consider a change in the rating.

“We expect the Reserve Bank of India to view the budget as inflationary and flag this as an upside risk to inflation,” said Sonal Varma, chief India economist at Nomura Holdings in Singapore.

The central bank will review interest rates on February 7. With the inflation rate at a low 2.19 per cent, the RBI was widely expected to cut the policy rate. But the fiscal slippage could weigh on the decision.

Piyush Goyal’s logic for tax proposals: Small taxpayers, especially the middle class, salary earners, pensioners and senior citizens, need certainty in their minds at the beginning of the year about their taxes

Question: Aren’t the “interim” proposals adding to the uncertainty since changes cannot be ruled out in the general budget after the polls? The Prime Minister and Goyal have virtually announced the election results by forecasting prosperity after the polls and promising to look into the possibility of offering more tax relief in the main budget in July. But democracies usually wait till the Election Commission announces the results

Arun Jaitley’s logic: From New York, Jaitley suggested it was inconceivable that jobs were not created when the economy clocked high nominal growth in the past five years. Then, defending the tax proposals in the so-called “interim” budget, Jaitley said precedents had conclusively shown that urgent steps were required in the larger interests of the economy and they could be taken.

Questions: If the economy is doing so well, why do you need urgent steps? Couldn’t you have waited till the elections were over? Besides, should “New India” (Modi iterated the label on Friday) be cloning the unethical “precedents” purportedly set by earlier governments?